By Tim Hodges from Stadium MK

Albion scored their first ever goals at Milton Keynes as Tomer Hemed netted a brace from the bench.

There were few chances in a dull first half. The best for MK saw a penetrating run from Nicky Maynard who then rather scuffed his shot into the ground.

Sam Baldock had the Seagulls’ best chance of the first period, latching on to a pass from Bruno Saltor. But his volley was beaten away by Dean Lewington.

The game came to life in the second half and after the introduction of Tomer Hemed.

Hemed’s first goal was a penalty. It looked like Hemed was chopped down in the area. Hemed himself stepped up and stroked the ball calmly into the corner 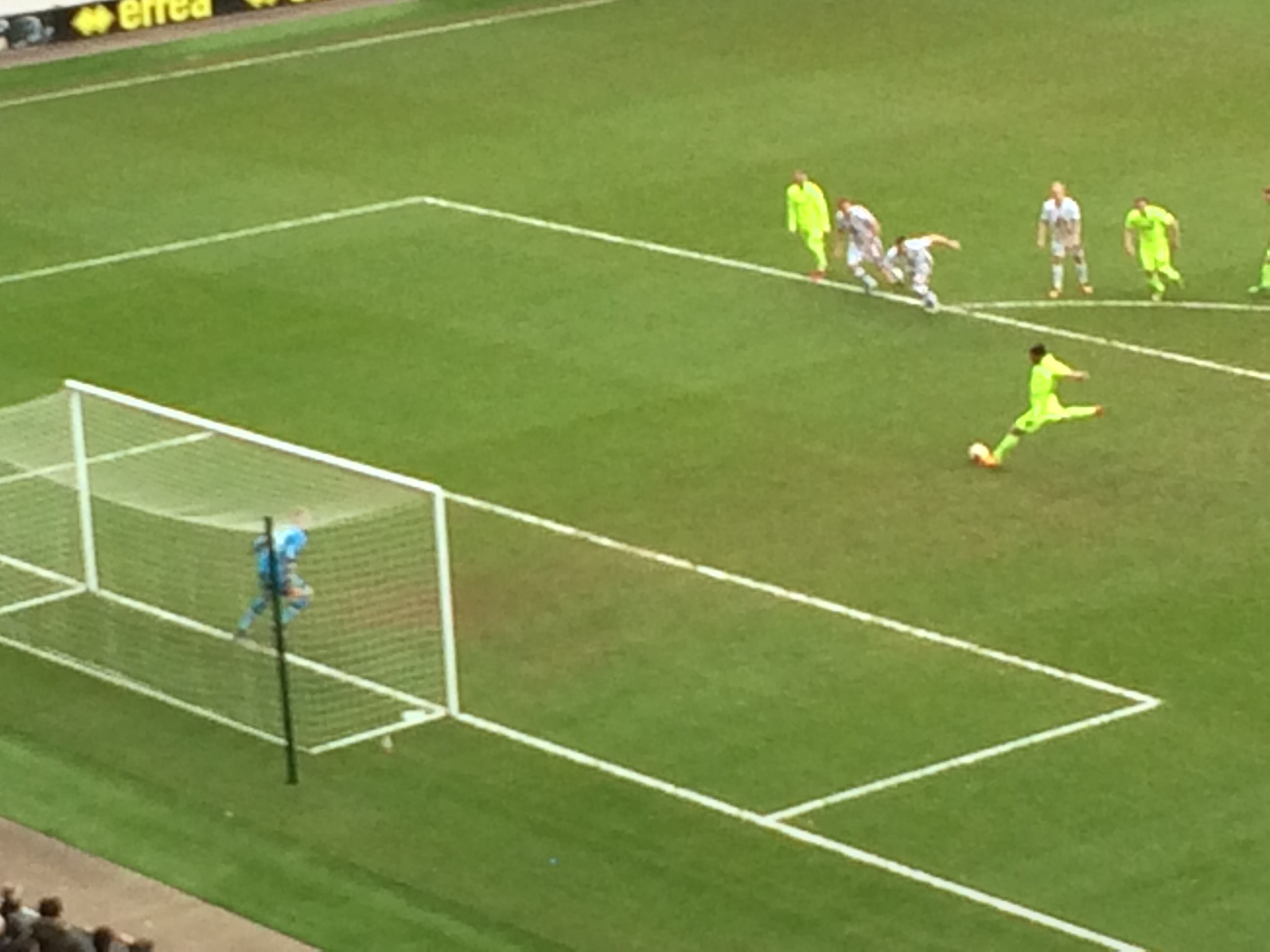 Then soon after, and after good work by Bruno, Jiri Skalak scampered down the by line and fired a brilliant cross for Hemed to power a header home from close range .

Hemed could have had a hat-trick but pulled a close-range shot wide from another Skalak cross.

Anthony Kaye  halved the arrears with a close-range header. David Stockdale was booked after he became invloved  in a tussle after refusing to give the ball back to MK after their goal. Moments after the restart Kyle Mcfadzean was sent off – a straight red for a crude elbow on goalscorer Hemed

In the last minute of normal time the assistant referee adjudged Dale Stephens to have handled and the referee after some hesitation gave a penalty. The assistant a late replacement, twirled his flag instead of placing it across his chest. The kick was delayed for several minutes and several incensed Albion players,including Beram Kayal, Dale Stephens and Kazenga LuaLua were booked.

Carl Baker eventually stepped up  and dragged the penalty wide for the Dons. Much to the Albion fans’ and players’ delight.

Albion held on in the six minutes of added time. Steve Sidwell, showed his worth, chasing  down everything and showing a calming, measured influence in midfield.

At the end Albion players showed their appreciation by throwing their shirts to the masses of Albion fans behind the goal. 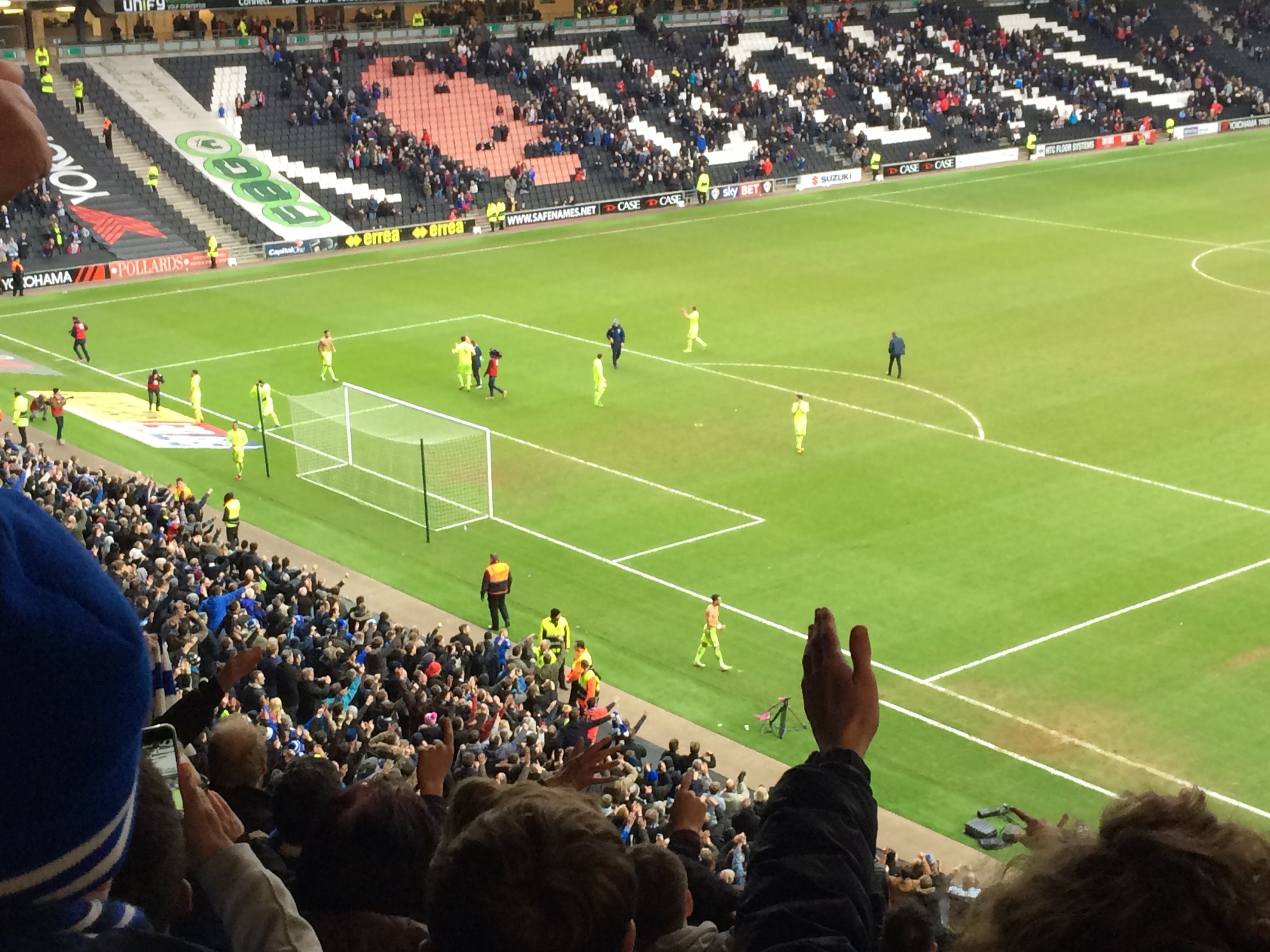 Have you seen missing girl who may be in Brighton?