Plans to build dozens of homes and a care home on the site of an old school have been turned down by Brighton and Hove City Council.

Four listed cottages in the grounds would also have been refurbished, according to the application from Linden Homes and the Cothill Educational Trust.

The plans included 118 parking spaces for cars and 66 for bikes. 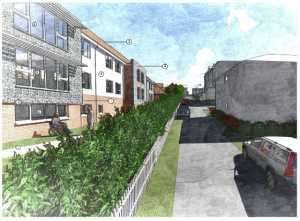 One of the documents submitted with the main planning application said that two thirds of the old school playing field would be handed over to the council for public access.

It said that the homes would generate less traffic than the school did and that there was a pressing need for more housing in the area.

But the council’s Planning Committee turned down the plans this afternoon (Wednesday 20 April) on the advice of officials and after a long and strong local campaign against the scheme.

Councillor Mears, a Conservative, said that St Aubyns School was an important site in the heart of Rottingdean village, adding: “Any development coming forward needs to reflect this so I am disappointed with the scheme we have before us.

“I have raised a number of serious concerns in my letters of objection regarding overdevelopment of the site and the impact on Rottingdean village, not least Rottingdean High Street.”

She said that air pollution levels were higher than permitted by EU regulations – even higher than North Street, in the centre of Brighton.

The pollution problem was exacerbated by the traffic flow – 14,000 vehicles a day, according to the council.

And she set out concerns about more homes adding to the volume of traffic on the A259 coast road on top of building programmes in Peacehaven and Newhaven.

Councillor Mears said: “In my view the addition of a 62-bed care home on the site, when the village is already well-served with over 75 bed spaces by care homes in the village, is too large a facility at this central location.”

But, she said, the scheme could add to the shortage of school places in Rottingdean and she added: “It’s important to remember decisions made now have a long-term impact for the future of Rottingdean village.”

After the committee voted to refuse planning permission, Simon Kirby, the Conservative MP Brighton Kemptown, said that he was delighted.

He praised local residents’ associations and the SAFE (St Aubyns Field Evergreen) campaign group for their opposition to the plans for 58 homes and the care home. 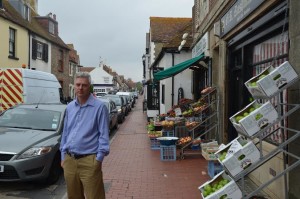 Mr Kirby said: “Local residents were also concerned about the partial loss of the old school playing field at St Aubyns as part of this proposed development.

“They felt it was inappropriate that a precious green space in the village should be lost in order that more buildings could be constructed.

“I am obviously delighted that the application has been refused. I would like to pay tribute to the work of the SAFE group and the local councillors and residents’ associations who have worked so hard against this proposal.

“Local people have also made their voice heard loud and clear on this matter.

“I firmly believe the city council should be actively looking at brownfield and city centre sites and larger areas that could be developed, such as Shoreham Harbour, in order to meet the city’s housing demand long before looking at greenfield sites.”

The Cothill Educational Trust took over the prep school in May 2012 and closed it just over a year later. The closure was opposed by parents and happened despite an offer by Hurstpierpoint College to buy the school.