Brighton and Hove will fight the government over academies, say Greens

Brighton and Hove will be at the forefront of the campaign against the government’s policy of turning all schools into academies, according to the Greens.

A petition on the Parliament website calling on the government to scrap the policy has attracted just over 150,000 signatures in 650 constituencies.

It urges the government to “hold a public inquiry and a referendum over turning all schools into academies” and has passed the 100,000-signature threshold so it is likely to be debated by MPs. 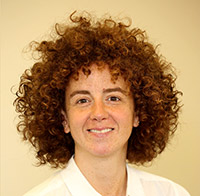 The petition also says: “The government has announced that every school in England will become an academy. This was not in their manifesto and is therefore a completely undemocratic move.”

The Greens said: “It’s time to reject privatisation of our children’s education.

“Green Councillors have thrown their support behind a grassroots campaign from parents, teachers, unions, governors and young people to oppose the government’s plan to turn all schools into academies by 2022.

“The campaign is being led by Brighton Campaign for Education, NUT Brighton and Hove and Hands Off Hove Park, along with local teachers and parents.”

After a packed public meeting in Brighton an organising committee was set up to prepare a sustained campaign to block the government’s academies plan.

The committee is now calling on anyone interested in the campaign, regardless of political affiliation, to join their efforts. A number of senior Conservatives have spoken out.

The Green Party said: “Green councillors have a strong track record in opposing academies, with the Green council administration in 2014 firmly supporting the campaign to prevent Hove Park School from being converted into an academy.

“Greens have come out strongly against the plans which they say amount to nothing less than full-scale privatisation of children’s education.”

Green councillor Amanda Knight, who sits on the Brighton and Hove City Council Children, Young People and Skills Committee, said: “I’m delighted to be part of such a strong grassroots campaign against academies and urge parents, teachers, young people and any other supporters to get involved.

“It’s vital that we come together as a city to oppose these damaging plans from central government.

“Conversion of schools to academies is just another part of the government’s agenda to turn schools into nothing more than business-sponsored exam factories which stifle innovation and creativity and seek to turn our children into a mindless workforce.

“Local authority ownership of schools is the best way to maintain quality in schools while focusing on teaching children the wide range of life skills they need to live well.

“Local authority management is vital in creating a sense of community for schools and other local authority facilities and its leadership ensures schools promote diversity, inclusiveness and tolerance, to help us build a better society for all.

“Critically, parents can have a say on school management by becoming a parent governor, roles which are set to be scrapped under the government plans.

“Private business has no place in school ownership. It risks undermining support for our most vulnerable pupils and could harm the creativity that makes our city so special.”

For more information or to join the campaign, email brightonedqt@gmail.com.