Two Brighton University students have won gold medals at the Invictus Games in Orlando in Florida.

The student teachers also picked up a silver medal each as the pair pedalled their way to glory in two cycling events at the Paralympic-style games.

Mike Westwell and Andy Perrin are on the Troops to Teachers course after suffering life-changing injuries while serving their country. They are due to graduate this summer. 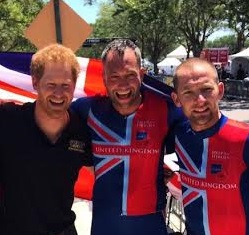 The places were reversed in the road bike circuit or criterium event with Mr Perrin holding off Mr Westwell by an equally tight margin.

The pair met Prince Harry, who founded the Invictus Games, and the first lady of the United States, Michelle Obama.

For Mr Westwell it was a reunion as he once taught Prince Harry during their time in the armed forces. And Mr Perrin, an Army sergeant who served for 12 years before a knee injury ended his military career, posed for a picture with Michelle Obama. 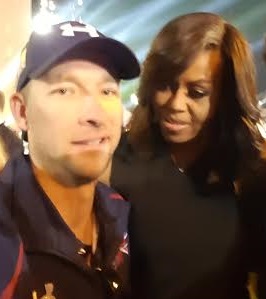 Mr Westwell is working at Nottingham Academy and will start as a PE and maths teacher at Garibaldi College in Mansfield in September.

He also coaches for Football 4 Peace (F4P), a Brighton University project that uses sport to build cultural bridges and promote peaceful co-existence in conflict-torn communities around the world.

As well as the cycling events, he took part in the rowing and a Jaguar Land Rover driver challenge during the five-day games for injured, sick or wounded armed forces personnel.

Mr Westwell said: “The pinnacle at these games is a gold medal but it’s more about using sport as a tool for rehabilitation of both physical and psychological injuries and overcoming these in the face of adversity.”

He was injured when turbulence struck his aircraft cabin, causing a prolapse of two discs in his neck. It left him temporarily paralysed in his arm and he suffered muscle wastage.

The games were magical, he said, adding: “It’s very important to bottle the memories, emotions and feelings for those days when we’re not feeling at our best and don’t see a reason to get out of bed.

“It was an awesome reunion with Prince Harry and it was an honour to shake the hand of the US first lady Michelle Obama, listen to actor Morgan Freeman and attend an invisible wounds symposium with President George W Bush.” 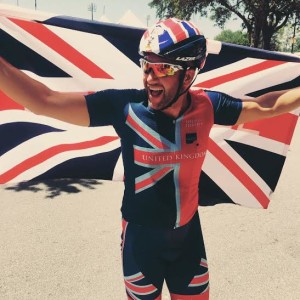 He thanked his wife Samantha, parents, brothers and late grandparents and friends for their “support, kindness and everlasting love.”

Gary Stidder, the university’s PE tutor on the Troops to Teachers programme and deputy director of Football 4 Peace International, said: “Mike is a very dedicated individual and will be an amazing role model to young people in secondary schools once he begins his new career as a teacher of physical education.”

Dr Stidder added: “His involvement and commitment to the Football 4 Peace international programme has been exceptional. He is a highly valued member of the F4P alumni.”

Mr Perrin is teaching design technology and engineering at East Barnet School in North London, having suffered a severed anterior cruciate ligament in his knee. He also had Crohn’s disease diagnosed.

He said: “The games for me has been amazing, really great to perform in and, hopefully, it will inspire others on to an international stage.

“I hope that what I have done will help me to inspire the pupils in my school and give me the motivation to push through to the end of the course and qualify as an outstanding ‘troops to teacher’.” 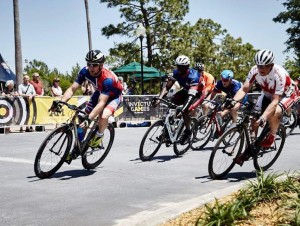 Andy Perrin at the Invictus Games