The force said that it was starting to recruit specials again just days before the start of Volunteers Week – from Wednesday 1 June to Sunday 12 June.

And the focus on the voluntary roles would continue over National Specials Weekend on Saturday 4 June and Sunday 5 June.

The force said: “Sussex Police has more than 700 volunteers across the force joining the millions of other volunteers in the rest of the country. These volunteers are celebrated in a national week starting on June 1.

“In the middle of this week, special constables are also recognised – on National Specials Weekend.

“During the week there will be videos posted on the Sussex Police website and on our social media pages showcasing the great work our volunteers do each and every day. To follow the conversation on twitter use the hashtag #volunteersweek.

“The videos will feature special constables, volunteers, cadets and their team leaders sharing their personal experiences of how they’ve dedicated their time to the force.

“Follow our special constables during National Specials Weekend on twitter. They will be participating in many activities in your local area.

“In Eastbourne there will be specials carrying out dedicated anti-social behaviour patrols, in Brighton operations targeting people who are wanted by police and drug activity.” 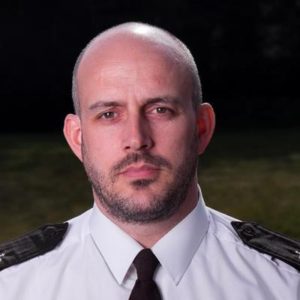 Assistant Chief Constable Laurence Taylor said: “We are also pleased to announce that we are opening the recruitment window for special constables on Monday (30 May) until Sunday 12 June.

“If you are already doing a job you love yet want a different challenge in your spare time, joining our force as a special constable could be the right choice for you.”

“Volunteers, like special constables, police staff volunteers and cadets, are a valuable part of Sussex Police. I am delighted to be celebrating their contribution to the force.”

Sussex police and crime commissioner Katy Bourne said: “I am encouraged that the recruitment window is open once again for special constables who give their time for free to help keep Sussex safe and bring valuable experience and diversity to the workforce.

“One of the members of my Youth Commission, Conor Simmonds, became a special constable last year while still at university.

“I had the pleasure of joining Conor and other special constables during an Op Manhunt exercise in Brighton, where they tracked down and arrested suspects wanted for crimes, recall to prison and those who had breached bail in the city.

“Conor told me that being a special constable has really changed his perception of the police and subsequently benefited his work with young people in the community.”

Sussex Police has been working with David Huse, an expert in the field of volunteering who led the work with the game makers at the London Olympics.

He has been working with the force as a volunteer himself to see how it can innovate and improve the experience of existing and new volunteers in the future.