A Bollywood ball in Brighton attracted 500 guests and raised more than £80,000 for two charities at the weekend.

The annual midsummer charity ball at the Hilton Brighton Metropole had an Indian theme this year from the food to the entertainment.

The proceeds are split between Rockinghorse Children’s Charity and the DM Thomas Foundation for Young People, formerly known as the Hilton in the Community Foundation.

Four guests again took part in a dance contest along the lines of Strictly Come Dancing – even braving a Bollywood challenge. 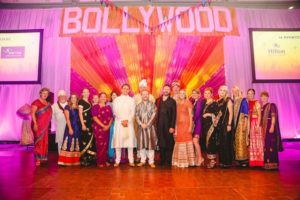 They were supported by dancers from Brighton Academy in front of judges David Hill, the chief executive of entertainment company E3, professional dancer and actress Emma Green and last year’s winner Barry Carden, from Cardens Accountants.

Michael Yardy was crowned the 2016 winner and, between them, the four amateur dancers raised more than £7,000 for the two charities.

BBC Sussex presenter Danny Pike was the compere for the ball which was sponsored by Skerritts, a Brighton firm of financial advisers.

The two charities are making a joint contribution to a project at Drove Road Respite Centre in Brighton.

The respite centre provides support for children and young people with severe learning and physical disabilities. Many of them are outpatients of the Royal Alexandra Children’s Hospital in Brighton.

The project aims to provide a multi-sensory space for young people to play, relax, learn and develop their social skills. 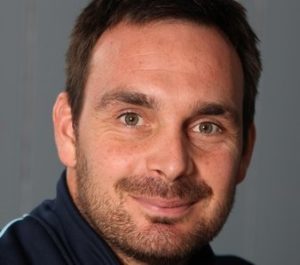 The money raised from the Midsummer Ball will be used to overhaul the outdoor space at Drove Road, providing a sensory garden experience for children to enjoy.

In addition, funds will also be used to build a brand new sensory room within the centre itself, maximising the impact of the charities’ collaborative efforts.

Hilton Brighton Metropole general manager Sascha Koehler said: “I would like to thank everyone who attended for their continued support for this charity event which we are very proud to host.”

“The generosity shown tonight will help provide a positive impact for children and young people with severe learning and physical disabilities at Drove Road Respite Centre who need our support.”

Rockinghorse chief executive Ryan Heal said: “By supporting the outpatients of the Alex through these incredible centres in Sussex, we can help lift the burden at the children’s hospital and ease re-admissions as well as giving children the best possible experiences within the centres themselves.”

To find out more about Rockinghorse and its work to support sick children and their families, visit www.rockinghorse.org.uk.

To find out more about the DM Thomas Foundation for Young People and its work, visit www.dmthomasfoundation.org.