A Hove teacher raising money for a stint abroad as a volunteer received a surprise donation of £10,000 from an old school friend he hadn’t seen for years.

Andrea Mari, 43, teaches maths and history, and was trying to raise the standard £985 for his year-long placement in Tanzania before flying off next month.

Mr Mari, who teaches at The Drive Prep School and lectures at Sussex University, posted a plea for funds on Youtube.

It came in the form of a five-minute slide show, with a joyous backing track, highlighting some of the problems that children face in Bukoba, a rural part of northern Tanzania, where Mr Mari will be. To see it, click on the link below.

Mr Mari emailed everyone he knew and was delighted when he got a £10,000 blast from the past.

Mr Mari said that he was amazed by his friend’s generosity. They first met at secondary school in Italy 30 years ago. He has since become a partner in a big firm based in Hong Kong.

Although his friend wants to remain anonymous, Mr Maris hopes that others will be inspired by this mystery donor to also give generously.

He said: “My immediate reaction was disbelief. John Lennon’s song ‘Instant Karma’ came to my mind. I couldn’t really think of anyone I knew who was able to give so much.

“I feel really honoured and motivated. This act of generosity affirms it’s the right decision to join VSO and go to Tanzania to support local teachers.

“In addition to the £10,000, it’s important for me to raise as much money as possible for VSO because there are many more volunteers working worldwide in education, health, disability and employment opportunities.” 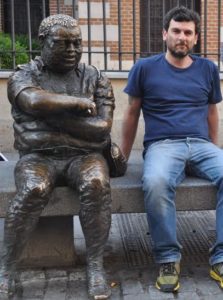 From next month until August next year Mr Mari will take up the voluntary role of teaching facilitator.

He will be sharing his professional experience and knowledge, acquired in Britain, to train and support primary school teachers in Tanzania.

In northern Tanzania, 30 per cent of children leave school before completing their primary education but, VSO said, by improving educational standards, the cycle of poverty can be broken.

The international development charity also said that fundraising helps it to keep sending skilled volunteers, like Mr Mari, to fight poverty in some of the world’s most deprived communities in Africa and Asia.

VSO Volunteers help strengthen health and education systems and develop employment opportunities by working with local partners who understand the needs and challenges of their communities.

Mr Mari said that he was looking forward to volunteering in Bukoba, saying: “I feel very empowered and motivated. I’m looking forward to sharing my expertise with local teachers and to implementing child-centred teaching practices which will improve learning outcomes and reduce drop-out rates. 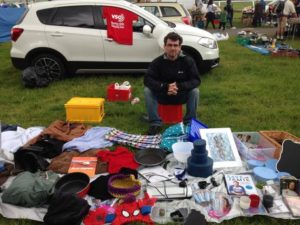 As well as asking his contacts to donate, Mr Mari has also been raising money through extra maths tuition and a car boot sale.

To sponsor him or to find out more about his fundraising challenge, visit www.justgiving.com/andreamari.

Donations can also be made by texting FIGT53 followed by the amount to 70070.

It said: “Thanks to VSO, 136,000 people have improved their skills, knowledge and expertise in the last year.

“VSO places a wide range of professionals including nurses, teachers, engineers and IT experts. The impact of their skills on people’s education, health and employment, continues long after the volunteer returns home.”