Brighton University introduced a 10p “sugar tax” today (Monday 1 August) but it has left a bitter taste in the mouth of one student.

The university said: “Brighton is the first university in the country to launch a campaign to cut sugar consumption – and it is being backed by Jamie Oliver.”

But opposition is expected from the Brighton Students Against Sugar Tax campaign when the autumn term starts.

The university said: “The renowned chef, who launched the ‘Sugar Smart drive’ has sent staff and students a message of support as the university joins with Brighton and Hove City Council in the Sugar Smart City campaign.

“The university intends introducing initiatives over the next academic year to raise awareness of sugar consumption and hidden sugar, including the introduction of a 10p levy on the price of sugary drinks.

“The money raised will be used to fund food education schemes for the university’s students. The university is also planning to raise awareness of sugar consumption through cooking lessons, education and nutrition information.”

In a message to the university’s 23,000 students and staff, Jamie Oliver said: “I’m hugely excited that the University of Brighton is joining the Sugar Smart campaign. 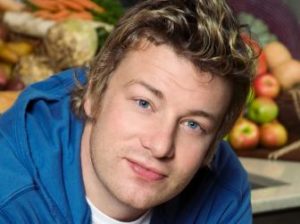 “It’s brilliant to hear that you are introducing a levy on sugary drinks to help raise awareness about the long-term damage too much sugar can have on our health, and empowering us all to reduce it in our diets.

“We’re facing a growing obesity crisis. With more than four million people in the UK diagnosed with type 2 diabetes, the need for action is more urgent than ever.

“Students of all ages need to be more aware of the dangers sugar consumption can have on our long-term health.

“I really believe that we need a comprehensive strategy to turn the tide of diet-related disease and get back on track.

“It’s not about banning sugar altogether – a piece of cake for a special treat is totally fine – but we need to understand that by reducing the way we eat and drink sugar, we can have a huge impact on improving our health.

“Paired with regular exercise and a healthy, balanced diet, we can all lead a healthier, happier life.”

But one student, Jeremy Gale, said “the implementation of Brighton University’s sugar tax” would mean a 10p levy – or “an increase of approximately 14 per cent” – added to the cost of sugary drinks in the university’s cafés and restaurants. 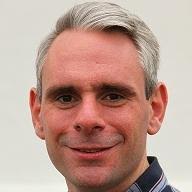 Mr Gale, announcing the Brighton Students Against Sugar Tax campaign, said: “There are several reasons why this policy is misguided and ill-conceived.

“Firstly, the timing of the announcement – towards the end of last academic year – and its implementation on (Monday) 1 August, has allowed the university to stifle any debate to be had on the issue.

“The university has delivered a policy without any meaningful consultation of the 20,000 strong student body.

“The union council sabbatical officers – who aren’t students and none of whom were elected on a manifesto commitment to deliver a ‘sugar tax’ – have given their support, which is a clear indication of the direction of travel the union wishes to take.

“The introduction of the tax has, therefore, been an autocratic, top-down process with minimal student engagement and no student-wide consultation.

“Secondly, the tax is regressive, one that will hurt the poorest students the most as the levy represents a larger proportion of their income compared to wealthier students.

“The university has said that the levy will be used to fund food education and healthy eating initiatives, funding that will come from cash-strapped students.

“Yet when asked how much finance the levy would raise the university were unable to give an answer.

“To not know the answer to such a question is at best incompetent and is a clear illustration as to how ill-conceived the policy is.

“Thirdly, the university’s funds are in extremely good health with a surplus of £7.69 million in 2015.

“The university’s income has flourished despite a reduction in grants and a reliance on student fees.

“Why, then,  doesn’t the university reinvest a small percentage of their bulging surplus into the aforementioned food education and healthy eating initiatives, rather than relying on a regressive and punitive levy that will hurt the poorest students the most.

“By reinvesting in this way the university could grow into a food education hub, providing resources, initiatives and education not just to students but also to the wider community.”

“I am pleased to announce the creation of the campaign group Brighton Students Against Sugar Tax.

“The start of the next academic year will finally give students an opportunity to air their views and I very much hope that the campaign group will give those students who are against the tax the necessary platform.

“The group will seek to not only block any attempts by the union to enforce the levy in their outlets but it will also work towards reversing the university’s policy through informed debate and democratic processes.”

For more information about the campaign, click here https://eat.brighton.ac.uk/ethics/sugar-smart.