Armed robbery suspect ‘may be in Brighton’

An armed robbery suspect may be in Brighton, police said today (Tuesday 2 August).

They issued a public appeal for help finding Danny Walsh, 25, who is believed to have held up a post office in Oxfordshire at the weekend.

The plea for help came with a warning not to approach Walsh as the armed robbery suspect appeared to threaten staff with a handgun during the raid on Saturday (30 July). 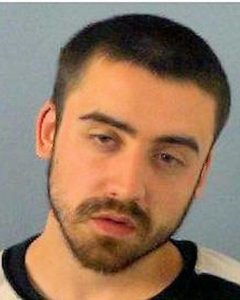 Sussex Police said: “A man wanted by Thames Valley Police for armed robbery in Banbury at the weekend may have made his way to Brighton to escape justice.

“At about 3.20pm on Saturday an offender entered the Easington Post Office and threatened staff with what appeared to be a black handgun.

“A quantity of cash was handed over to the offender, who then made off on foot.

“Danny Walsh, 25, is wanted in connection with the armed robbery. He is white with short black hair and a black beard.

“It is likely he will be wearing dark clothing, possibly a hooded top and black trousers.

“He frequents Banbury and is known to sometimes sleep in a tent in and around the town. It is thought that he may be in Brighton.”

Detective Inspector Nick Glister said: “If you see Walsh, please do not approach him. Instead call police on 999.”

Anyone with information about Walsh or who knows his whereabouts is asked to phone Thames Valley Police on 101.