A new tourist trail showing visitors where the city’s elm trees can be found is to be unveiled next month. 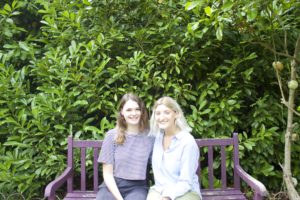 Brighton and Hove’s elm trees, including a pair in Preston Park thought to be the oldest in the country, are known as the National Elm Collection in recognition of the city’s success in fighting the deadly Dutch elm disease.

Now, a map showing the location of some of the best clusters of trees has been produced thanks to a local partnership of businesses, academics, conservationists and the council’s tourism department.

Two students from Brighton University were commissioned by developer First Base to draw the maps, which will be launched at the Pavilion Cafe next month.

Illustration student Gustav Freij and graphic design students Jessica Keene and Jennifer Whitworth said: “It has been a fantastic experience to work on this project with the Pavilion Garden Cafe and VisitBrighton.

“Not only has it given us the opportunity to work on a live project, but it’s also a great cause; which is to protect and preserve Brighton’s historic elm tree collection.

“We’ve learnt a great deal both about our discipline and the wildlife within Brighton, and we are grateful for being given this chance to design for our local community.”

Eeva Paasiaro, Development Manager for First Base said: “The importance of elm trees in Brighton and Hove should be understood by all. That is why we will bring as many new elm trees as possible to our Anston House site and encourage local residents and visitors to learn more about them and their history in this city via this newly created map.”

Gavin Ambrose, Senior Lecturer, Graphic Design, University of Brighton said, “The project is an ideal combination of design experience for our students and an opportunity to make a significant cultural and environmental impact on the community by encouraging and fostering an interest in our rich living resource.”

David Sewell from Friends of Pavilion Gardens said: “Elms in Brighton & Hove are part of the National Collection and it is really important they get the recognition they deserve. If this map can help in any small way that will be good.”

Brighton and Hove was granted National Collection status for its elm collection in 1998. The city has more diversity of elm types than any other city in the world. The current population is estimated between 25 – 30,000 mature elm trees and as many elm saplings. Brighton and Hove is internationally renowned for its work managing Dutch elm disease.

The elm trees were originally planted in large numbers by the Victorians and Edwardians (with some of the trees dating back before Queen Victoria’s reign) due to their tolerance to chalky soil and salty wind. They became increasingly rare after the 1970s due to Dutch elm disease – a fungus carried by beetles that decimated the Elm population in the UK. Brighton’s unique position between the South Downs and the sea formed natural defences, which helps to keep the city free from disease.

The most notable collection of elms is in Preston Park, home of the “Preston Twins”, considered the largest and oldest surviving English elms in the World. Elm is known to be the only species of tree to support the White Hair-Streak Butterfly and it’s known that there are a few locations to support this in Brighton and Hove.

First Base has submitted plans to Brighton and Hove Council to transform Anston House on Preston Road into a new co-working hub for Brighton & Hove which will include modern workspaces, 229 homes – and extensive planting of new elm trees.