A Saudi Arabian maid has disappeared during a stay in Hove with her employer’s family.

Sussex Police said: “Police are increasingly concerned for the welfare of a woman from Saudi Arabia who has not been seen since she left an address where she was staying in Hove.

“Johmeia Hamed, 49, originally from Eritrea but now a Saudi national, went missing overnight on Sunday 18 to Monday 19 September from address she was staying at in New Church Road, Hove.

“She was a servant/maid with a Saudi family who live in Saudi Arabia and who had been staying at their summer home in Hove for a few days from (Sunday) 18 September. They returned home on (Wednesday) 21 September.

“Johmeia is described as 5ft tall, thin and of middle eastern appearance. She is believed to have left the address wearing a headdress and jeans and to have taken some personal belongings.

“She has never left the family before in the 20 years she has been with them. 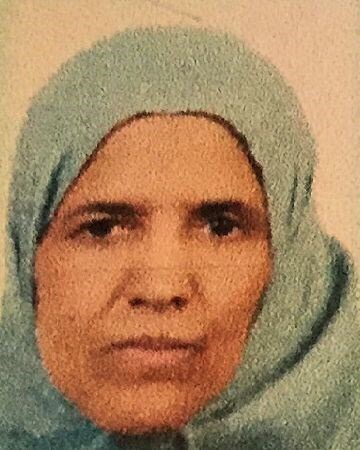 “There is no reason at present to believe her disappearance is suspicious but because of her unfamiliarity with the country and apparent lack of English, there is natural increasing concern for her welfare.”
Anyone who sees her or knows where she may be is asked to phone Sussex Police on 101 or email 101@sussex.pnn.police.uk.