Part of a block of flats in Brighton was evacuated this evening after a suspicious device was found by police conducting a search. 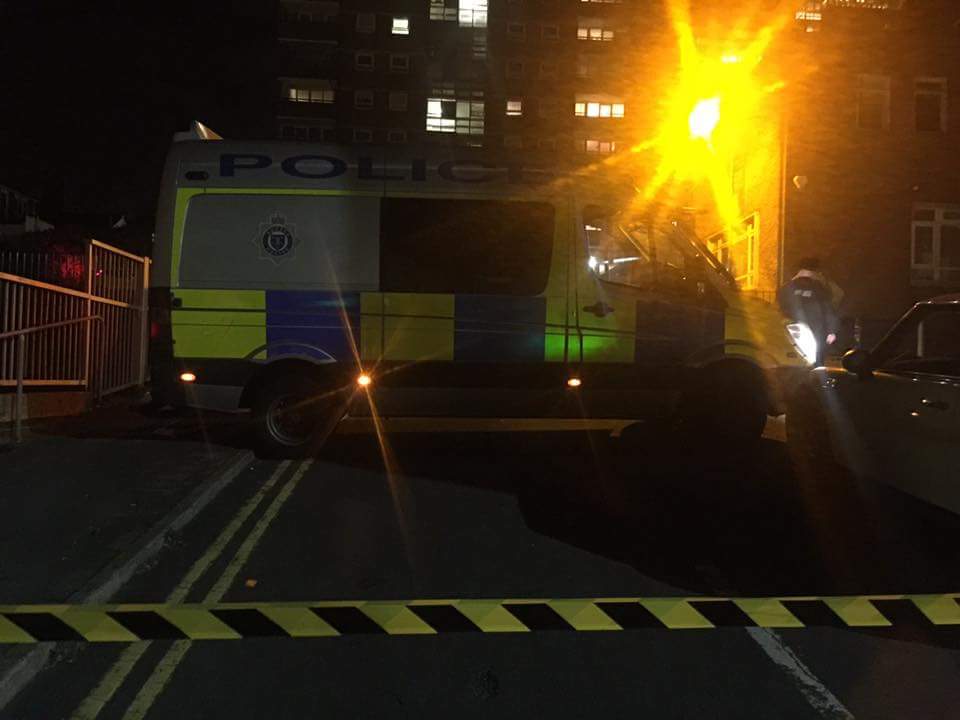 Officers found the suspect item at 4.21pm this afternoon while searching a flat in multi-storey block in Grosvenor Street, off Edward Street.
Explosive ordinance disposal experts were called in and ten flats above and below were evacuated, with residents moved to Brighton Youth Club opposite.

Residents of more flats are reportedly now being told they might also have to move.

A Sussex Police spokeswoman said: “A suspect device was discovered by police as they carried out an unrelated search of a flat in Grosvenor Street, Brighton, at about 4.21pm on Friday, 7 October.

“Explosive ordinance disposal experts were called to attend and about ten neighbouring properties, flats above and below, have been evacuated.

One resident who is still inside the block told Brighton and Hove News his lodger had been denied entry shortly after 8pm and told it would be at least two hours before anyone was let back inside.

Brighton and Hove News understands the cordon was lifted at about 9.15pm.