Aim high to beat HIV in Brighton and Hove

Often the city council is accused of being slow to recognise the biggest challenges facing our communities and poor at involving residents in addressing these.

Next Thursday at the full council we will be setting a really big challenge for the whole city – to take a lead in the fight against HIV internationally and to meet the highest of outcomes locally.

The challenge is for the city, its residents, it statutory bodies and its voluntary sector partners to sign up to becoming a “Fast Track City”. These are a network of cities across the globe who are working to achieve the 90:90:90 targets of 90 per cent of people living with HIV being aware of their status, 90 per cent of them being on antiretroviral treatment and 90 per cent of those having undetectable viral loads.

This in itself is a challenge that no city in the UK has yet signed up to, despite 52 cities globally making this commitment since the Paris Declaration of 2014. The declaration also calls for us to achieve zero HIV/AIDS discrimination and stigma – all by 2020.

But that shouldn’t deter us. In a western developed city with strong established health services we should be able to meet a challenge that Lusaka, Kigali and Rio de Janeiro have accepted.

In fact, we don’t even want to stop there. We want to bring together all those interested parties across the city and take a step forward even from that challenge.

We have been in discussions with the Martin Fisher Foundation to try to deliver an extra legacy for our city, in memory of Martin, whose work on HIV/AIDS still has a strong international impact.

The foundation wants to move the city “Towards Zero” – a massive ambition for the whole city in HIV prevention – to move towards zero new HIV infections, zero HIV-related deaths and zero HIV stigma.

This is a challenge for everyone, all communities, all organisations. It will be all the more challenging as the NHS nationally is still fighting court battles to avoid funding effective and affordable prevention programmes that reduce HIV transmission in high-risk groups.

But that shouldn’t stop us either. Being ambitious for our city, for our fellow residents and to lead the way is a great thing. 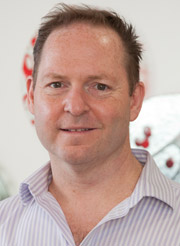 In my lifetime so far the impact of HIV has been enormous, the challenges enormous and amazingly through all that the response has been terrific. HIV has moved from an untreatable infection with life-limiting effects to a manageable long-term condition.

Hopefully in what’s left of my lifetime we can reduce its impact and occurrence even further.

Let’s use the strength of our common endeavour to develop new ways of working, new alliances and new opportunities for all.

There’s nothing wrong with lofty ambitions – let’s make it our city’s future.

Man dies after crash on edge of Brighton