A new Brighton theatre says its “world has been turned upside down” after being evicted from its striking home following the closure of its front of house cafe. 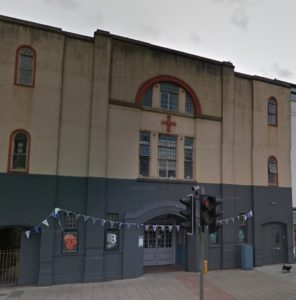 88 London Road, formerly Emporium, reassured audiences that the show would go on in its renovated Methodist Church after the cafe went bust a few weeks ago.

There were plans to rework the entrances so the cafe area could be independently let – but now the landlord has decided to renovate the whole building instead. 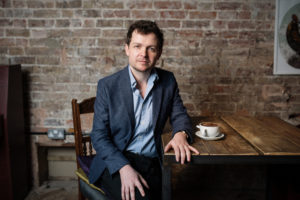 A theatre spokeswoman said: “The landlord of the premises – previously a Methodist church which director James Weisz and his team had renovated into a quirky theatre and café-bar – has given the theatre notice and 88 London Road will be bringing down the curtains at the site after its final performance of panto Beauty & The Beast on 1st January 2017.

“The café-bar was recently separated from the theatre and there were plans to turn it into a Greek restaurant, with the theatre carrying on accessed via a separate street entrance, but now the landlord has decided to renovate the whole building and put it back on the market.

“Nothing will derail James Weisz’s plans to continue to bring home-grown theatre to the city though, and he is currently considering several local options and opportunities. More will be revealed in due course.

“Sundae Surprise will be popping up in the café space from next week delivering hot and cold food, cake and coffee, and will run in conjunction with the theatre until the closure.”

Emporium was one of the venues opening on London Road which contributed to a buzz around the run-down area, coinciding with the regeneration of The Level, the building of hundreds of student rooms in the old Co Op building, and followed soon after by the reopening of the new Open Market.

Since then, even more trendy cafes and bars have opened along the road, with older pubs also undergoing a facelift.

Twelve affordable homes to be built in Brighton’s ‘graffiti alley’