Synergy Centre to move from Brighton after losing licence appeal

An arts and community centre which failed in its bid to sell alcohol and host DJ nights at its West Street venue until the early hours says it will relocate out of the city after losing an appeal against the decision today. 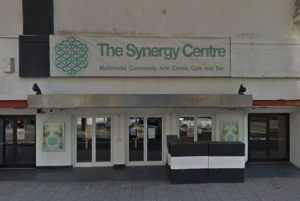 he Synergy Centre had twice had a licence bid turned down for the former Hed Kandi nightclub because both Brighton and Hove City Council and Sussex Police said it would add to problems caused by the sale of alcohol in the city centre, which has been designated a cumulative impact zone (CIZ).

The centre, led by founder Steve Peake, argued that the centre should be allowed to operate because its customers were more peaceful and socially minded, and that it needed to sell alcohol until 1am to fund its charitable activities.

But today, following a two-day hearing at Brighton Magistrates’ Court, its appeal against the council’s refusal was turned down.

Shortly before 4pm, it posted on Facebook: “This afternoon, the Synergy Centre team went to hear our appeal decision at Brighton Magistrates Court.

“The court concluded that, despite our extensive community and charitable activity, we are ‘just another nightclub’ and therefore dismissed our
appeal.

“This brings our long, difficult journey in Brighton to an end. We would like to thank the many people and organisations that have supported us over the last 20 months, especially all of those who have volunteered their time, labour and love to the project!”

On Monday, Sussex Police’s head of licensing Jean Irving told Brighton Magistrates’ Court: “Footfall is one of the things that cumulative impact hangs upon. THe more people in an area the more likely it is that it’s going to cause issues.

“Given the hours and capacity this venue had applied for, I would put it in the category of a nightclub.”

She added: “It’s very important to have a vibrant nighttime economy in any city but not let it get to the point there’s a situation where people could get hurt.”

Mr Peake, who was representing the Synergy Centre himself, then asked her: “Isn’t Synergy exactly the kind of socially responsible vehicle to drive people away from yobbish behaviour?”

Mrs Irving replied: “I think it’s unfair to refer to people who go to West Street as yobbish – that behaviour is carried out by a very small minority of people.”

Mr Peake, who maintained that the police had acted vexatiously, also asked Mrs Irving if she had contacted East Sussex Fire and Rescue Service with concerns about the venue’s safety, which she said she had as it was her job to do so.

The Synergy Centre currently has a meantime lease on the former nightclub, as the owners, London and Regional Properties, plan to knock it down and build a luxury hotel there instead.

Meanwhile, Mr Peake faces criminal charges of holding a DJ night without a licence at the venue on 16 February this year. He will next appear at Brighton Magistrates Court on December 8.