Search for women who helped distressed teenager in the early hours

Police would like to hear from two women who found and helped a distressed woman in Brighton, last month. 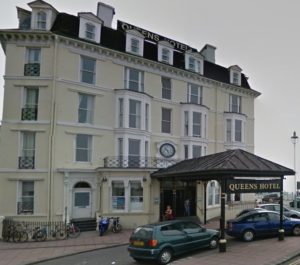 The two found the 19-year-old woman in the early hours of Friday 25 November and took her to two door staff outside the Queens Hotel in Kings Road, who then called police at 2.30am.

Detective Inspector Suzy Joseph said: “We are trying to establish what has happened to the woman but when the police officers arrived, the two women who had found her had gone.

“We would like to speak to them to see where they found the woman or if they have any information about what might have happened to her.”

If you are those women or anyone knows of them, contact police by emailing 101@sussex.pnn.police.uk or ring 101 quoting serial 68 of 25/11.