A Brighton pub is holding a free exhibition of a series of much-admired matchday posters advertising Lewes FC games.

The humorous posters draw on famous album covers, book covers and film posters with other nods to popular culture.

It’s a Wonderful Club echoes the poster for the 1940s film It’s a Wonderful Life. Another is in the style of the Clash album London Calling. And others nod to Dr Seuss, a Sex Pistols LP and Banksy’s Kissing Policemen – for a match against the Met Police. 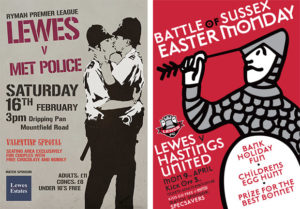 Lewes FC chief executive Kevin Miller said: “After a tremendously successful stint at Pelham House we felt it was only right that we move the exhibition to a fellow community organisation.”

And of the Bevy, Mr Miller said: “Some amazing local residents and volunteers with a big vision have reopened a local pub and turned it into a community hub for every generation to utilise.

“It’s more than a pub. It’s at the heartbeat of their community and we are delighted to be able to work together, share ideas and hope that Bevy punters spend some time here at the Pan(Lewes FC’s ground the Dripping Pan) and our fans and owners do the same at the pub.” 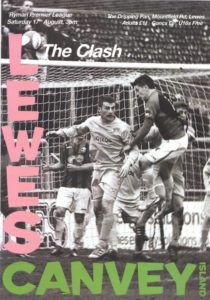 It has also recently hosted carol singing led by local churches. And a member of the clergy – Father John Wall, the former vicar of Moulsecoomb – was among the founders of the reopened pub.

The Bevy’s general manager Iain Chambers said: “The Bevy is a great example of what can be done when people get together and put their hearts, and a lot of hard work, into a project, even against the toughest odds. 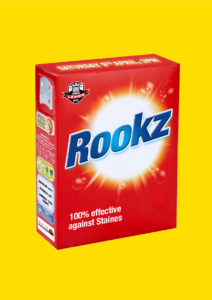 “To be able to showcase work from another community organisation is very exciting and we are already looking forward to forging closer links with Lewes FC in the future.

“They are amazing posters and give the pub some added colour and vibrancy.” 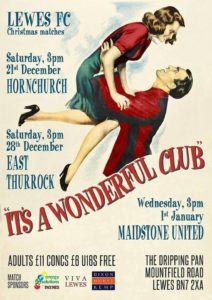 Plans are in place to deepen links between the two including a game of football between supporters of both organisations on the Rooks’ community-funded 3G pitch – and a return darts match at the Bevy.

And both organisations will look at opportunities to promote the purchase of shares in pub and club for the remainder of the 2016-17 football season. 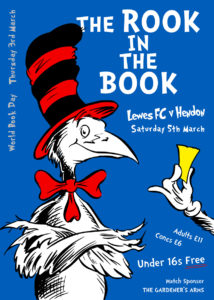 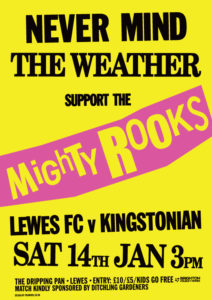