A long-serving detective who started her career in Brighton has been awarded the Queen’s Police Medal in the New Year Honours List.

Detective Constable Louise Pye – known as Lou to her colleagues – has helped many families of people who have died over many years.

Detective Constable Pye, 47, has served as a member of Sussex Police for 29 years. She started as a patrol officer as a police constable (PC) in Brighton before becoming a CID (Criminal Investigation Department) officer in the town.

She oversaw the introduction of one of Britain’s first teams of police family liaison officers. In 1998 she started a training programme for officers whose roles include liaising with the families of victims of serious crime or disasters. The next year Sussex became one of the first police forces to operate such a team.

Detective Constable Pye, who is based at police headquarters in Lewes, also worked as a detective in the major crime team.

But it is family liaison that has been her career passion and she has worked with other liaison officers and families involved in the 9/11 New York attack, the 7/7 London bombings and the aftermath of the tsunami that devastated many coastal areas around the Indian Ocean in 2004.

More recently, she has led and continues to work with more than 20 officers who are supporting the families of the victims of the Shoreham air crash in August 2015. 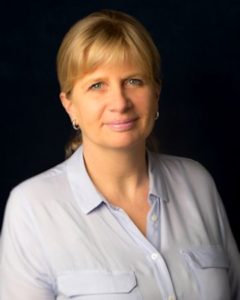 She said: “I am extremely proud to receive the Queen’s Police Medal and hope that it will help to promote the work and awareness of police family liaison officers.

“My job has allowed me to meet some very talented and conscientious officers who volunteer to work with families in some of the most difficult of circumstances.

“For me, becoming a police officer was driven by my desire to investigate serious crime while also supporting victims of such crimes.

“It has often been challenging but has provided some of the most worthwhile and rewarding times of my career.

“I would especially like to thank colleagues who have supported me over the years, Sussex Police who have allowed me to continue in this role and to those who proposed and supported my nomination.”

Chief Constable Giles York said: “I join all of my colleagues at Sussex Police in extending our congratulations to Louise on her QPM which is richly deserved.

“It recognises the enormous personal commitment that Louise has put into developing the role of family liaison officers not just in Sussex but much more widely.

“She has become established as one of the country’s leading authorities on what is now an essential element of modern policing and crime investigation.”

Police Minister Brandon Lewis said: “The Queen’s Police Medal recognises officers like Detective Constable Louise Pye who have made a vital contribution to policing through distinguished service and I congratulate her on receiving this award.

“This year I am particularly pleased that more than half of those receiving awards will be from junior ranks and will be rewarded for their tireless work tackling crime and keeping our communities safe.”