The Liberal Democrat parliamentary candidate in Brighton Pavilion is standing aside to minimise the chance of the “progressive” vote being split at the general election on Thursday 8 June. 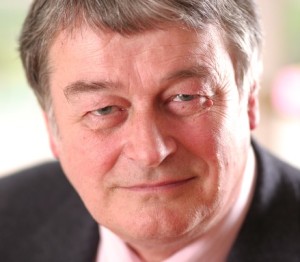 Paul Chandler, 67, who lives in the constituency, said: “I’ve voted 27 times in my life and I’ve always voted Liberal or Liberal Democrat. But this time I’m going to vote Green.”

Mr Chandler was chosen as the party’s candidate last autumn but he spoke in favour of standing aside at a meeting at the Brighthelm Centre this evening (Wednesday 26 April).

“It’s not a precedent,” he said, “and it doesn’t mean we won’t stand against the Greens in the future.”

There were plenty of issues where he and his party disagreed with the Green MP Caroline Lucas and her party but they were both against the government’s approach to Brexit.

About 75 local Lib Dems debated whether Mr Chandler should stand or stand aside, with three to one in favour of an electoral alliance.

Last year the Greens stood aside in the Richmond Park by-election, helping the Lib Dems to win the seat from the Conservatives.

The Lib Dems will contest Hove and Brighton Kemptown, with Carrie Hynds and Emily Tester respectively as their candidates.