A dog which fouled a Brighton pavement has cost its owner nearly £500 after a prosecution by Brighton and Hove City Council. 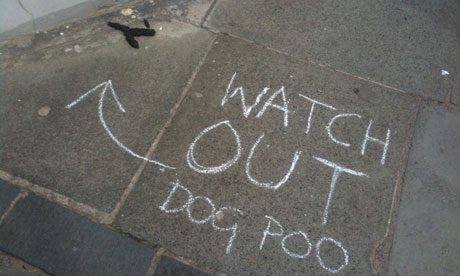 Mr Brooks, 32, was handed a £75 fixed penalty notice, which he failed to pay. He also ignored a reminder notice. As a result Brighton and Hove Magistrates Court increased the fine to £146 and ordered Mr Brooks to pay £300 in costs plus a £30 victim surcharge, when he failed to appear in court on May 3.

According to the enforcement officer’s witness statement, Mr Brooks made no attempt to clear up the mess. He admitted the offence when approached.

Allowing a dog to foul a pavement and not clearing it up is a crime under the Clean Neighbourhoods and Environment Act 2005.

Chair of the council’s environment committee Cllr Gill Mitchell said: “This is part of our policy to increase enforcement for environmental crimes such as dog fouling, flytipping and littering.

“We will always prosecute where we have evidence and we will always take people to court if they refuse to pay fixed penalty notices.

“A relatively small minority of people do a relatively large amount of damage to the environment in our neighbourhoods and we intend to pursue them.”