A Brighton nursing home has been rated good by official inspectors from the Care Quality Commission (CQC).

Partridge House Nursing and Residential Care Home, which was taken over by a company called Tradstir in 2014, was given a good overall rating in a report published earlier this month.

Partridge House, in Leybourne Road, off Heath Hill Avenue, Bevendean, was also rated good for providing a safe, effective, caring and well-led service. The CQC said in its report that when it came to providing a responsive service, the nursing home requires improvement.

The CQC said: “This inspection took place on (Tuesday) 14 March and was unannounced.

“Partridge House Nursing and Residential Care Home is purpose built, and was taken over in 2014 by Tradstir Limited.

“The service provides nursing and residential care, across three units, for up to 38 older people with increasing physical frailty, many living with dementia or other mental health needs.

“Long-term care and respite care was provided. There were 36 people resident at the time of the inspection.

“At the last inspection of the service (in November 2015) the service was rated as requires improvement.

“This was because training records had not been kept up to date and it was not possible to fully evidence staff had completed essential training.

“Training opportunities for nursing staff to update their clinical skills was in the process of being sought. Not all the staff had received regular supervision. 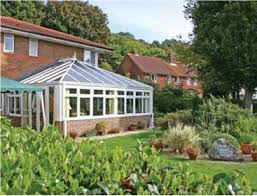 “Auditing and monitoring processes were not fully in place and embedded in practice. There was no evidence of analysis of the information received and how this had been used to influence and improve the service delivery.

“At this inspection we found work had been undertaken to rectify this and address the issues highlighted.

“However, we found although the range of activities people could join in continued to be developed and were provided every day, there were significant numbers of people not engaged in meaningful activities. This is an area in need of improvement.

“People lived in a safe and secure environment. We observed staff speaking with people in a kind and respectful manner and saw many examples of good natured but professional interaction.

“Staff were aware of the values of the service and understood the importance of respecting people’s privacy and dignity.

“Medicines were stored correctly and there were systems to manage medicine safely. Regular audits and stock checks were completed to ensure people received their medicines as prescribed.

“Senior staff monitored peoples dependency in relation to the level of staffing needed to ensure people’s care and support needs were met.

“Staff told us they were supported to develop their skills and knowledge by receiving training which helped them to carry out their roles and responsibilities effectively.

“They told us there had been good access to training to ensure they had the skills to meet people’s care needs.

“The registered nurses could attend the essential training provided and were being supported with training updates to ensure their clinical skills were kept up to date. Staff told us they felt well supported and had received regular supervision and support.

“Safe recruitment policies and procedures were followed in the recruitment of new staff to work in the service.

“Consent was sought from people with regard to the care that was delivered. Staff understood about people’s capacity to consent to care and had a good understanding of the Mental Capacity Act 2005 and associated legislation which they put into practice.

“Where people were unable to make decisions for themselves staff were aware of the appropriate action to arrange meetings to make a decision within their best interests.

“People told us they had felt involved in making decisions about their care and treatment and felt listened to.

“There were good examples of personalised care plans, an these included detailed information about people’s personal histories and preferences, including details about their previous occupation, family, pets, hobbies, interests and food likes and dislikes.

“Staff spoke well of the new system and there were access points in the service which care staff could use to update the records. They told us this had led to the care plans being more up to date and accessible.

“Supporting risk assessments were in place to protect people. Where people had been assessed as being at risk of developing pressure sores, or from falling out of bed, the equipment identified to be used had been regularly checked to ensure it remained suitable for individual people’s use.

“People’s nutritional needs were assessed and recorded. People told us they enjoyed the food provided.

“Procedures were in place for people and their relatives or representatives to raise any concerns. No one we spoke with had raised any concerns but they felt it was an environment where they could raise issues and they would be listened to.

“Staff told us that communication throughout the service continued to be good and included comprehensive handovers at the beginning of each shift and staff meetings.

“They confirmed that they felt valued and supported by the managers, who they described as very approachable.”