A popular Brighton restaurant has suddenly closed after its owner decided not to renew the lease following months of reduced trade during the Southern Rail debacle. 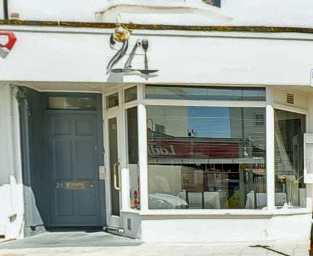 Jamie Everton-Jones started 24 St George’s four years ago, and in that time it built a great reputation and a loyal following.

But as a destination restaurant, about 30% of its diners came down from London – and when the trains stopped running reliably, so did the customers.

Add in increased food costs because of Brexit, plus stiffer competition from a clutch of Michelin starred chefs opening in Brighton and Hove, and Mr Everton-Jones decided to cut his losses and go out on a high, with the last service on Saturday.

He said: “It was all going well but there has been a squeeze on the business becauase of the train strikes. Being a destination restaurant, and not in the centre of town, meant about 20-30% of our trade was people coming down from London. The strikes meant people had the fear of coming down.

“The whole Brexit thing meant people were tightening their belts and the cost of produce has gone up, but we haven’t been able to increase our prices.

“The lease had ended and was up for renewal and I had to make a decision whether to sign a 10 year lease. It seemed like the right time to close the restaurant, on a high rather than having to change what we were doing.

“There are all these Michelin star chefs opening restaurants in Brighton, which will be great in the long term, but in the short term everyone is trying those restaurants and not coming back to us.

“I have got a young family – my youngest is the same age as the restaurant, so it seemed like a good time to step back. I’m not going to be opening anywhere else in the near future.

“We had about ten staff, and they’ve all been looked after. I’m very proud of what we did, and I would like to thank all our customers, and my awesome staff. The restaurant wouldn’t have been what it was without them.”