The royal visit by the Queen’s cousin marked the 10th anniversary of the hospital’s move from Dyke Road to Eastern Road, Brighton. 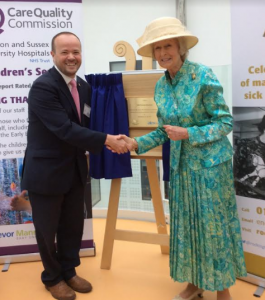 The 80-year-old princess also became the royal patron the Rockinghorse Children’s Charity which is celebrating its 50th anniversary this year.

She said that she was proud to take the role as the only patron of the Brighton charity. She succeeds her former lady in waiting Lady Mary Mumford who became patron when the charity was founded in 1967.

Lady Mary, also known as Lady Herries of Terregles, was the daughter of the 16th Duke of Norfolk. She died aged 76 in April.

Princess Alexandra said: “I must thank you all for asking me here today. I feel very privileged.

“Congratulations to all the staff who work here. It’s a wonderful place.”

And having been the royal patron of the Royal Alex since 1954, she joked about taking over her new role from Lady Mary, saying: “I think she left this to me in her will.” 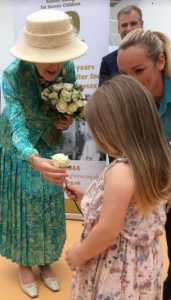 Rockinghorse chief executive Ryan Heal said: “To say this is a red letter day for the Rockinghorse Children’s Charity is an understatement … I am thrilled and honoured in equal measure.”

She said: “We provide facilities for 45,000 children a year. Our talented staff make the biggest difference to the smallest children here.”

She praised them for achieving an outstanding rating from the official watchdog, the Care Quality Commission (CQC).

And she thanked the Rockinghorse for 50 years of support since it was founded by former consultant paediatrician Trevor Mann. 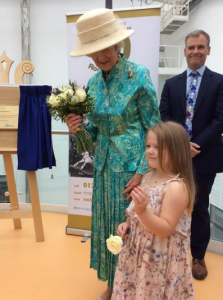 The princess promptly picked out one of the roses and presented it to Esmae, who has been in and out of the Royal Alex with nephrotic syndrome, a kidney condition, since she was two. 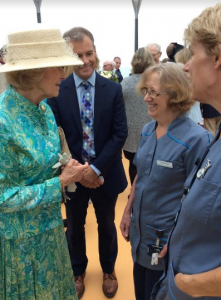 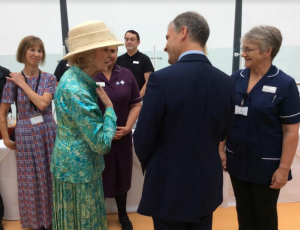 Princess Alexandra meets members of staff at the Royal Alex 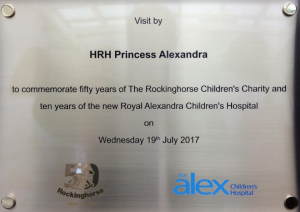