A £500 reward is on offer for help catching 18-year-old Jordan Ash who police want to speak to about the stabbing at KFC, in London Road, Brighton, last month. 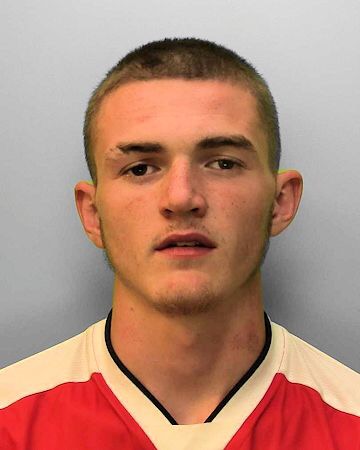 Sussex Police said: “Police have offered a £500 reward for information leading to the arrest and conviction of 18-year-old Jordan Ash from Brighton, who they want to interview about the stabbing of another 18-year-old man in a Brighton fast food restaurant.

“Ash is described as white, 5ft 9in, of slim build, with dark brown hair and brown eyes.

“At 8.25pm on Saturday 22 July the 18-year-old sustained a stab wound to the stomach in the KFC restaurant in London Road, Brighton

“He was taken to King’s College Hospital in south London where he is currently in a stable condition.”

Detective Constable Tom Coll said: “We have been carrying out widespread inquiries throughout the city to find Ash and also in the Horsham area where we believe he may also have been recently.

“If you have any other information or saw what happened, please contact us online also quoting the same reference.”

Mehash McKenzie, 23, a sales assistant, of Bolney Road, Brighton, and a 15-year-old-boy also from Brighton, have been charged with causing grievous bodily harm to the victim, and with possession of a knife in a public place.

They appeared before Brighton magistrates on Monday (24 July) and McKenzie was committed, in custody, for trial with an initial hearing at Lewes Crown Court on Monday 21 August.

The 15-year-old was remanded into local authority care and will also appear at the same hearing on Monday 21 August.