A fare-dodging pigeon has been hopping on to trains shuttling between Brighton and Hove railway stations. 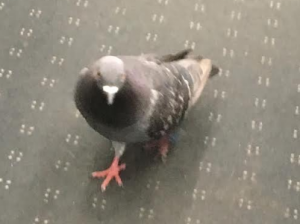 But the bird is helping those who have the unenviable task of trying to keep the trains clean by eating food dropped on the floor by passengers.

The pigeon has proved far from shy, happily patrolling carriages for crumbs – and bigger bits to eat – and entertaining people with its antics.

And despite having a bird brain, the columbine obviously has no trouble knowing where best to scavenge.

Being bird-brained might even help. Earlier this year Oxford University researchers claimed that pigeons were the only creatures other than humans known to pass on what they had learned down the generations. 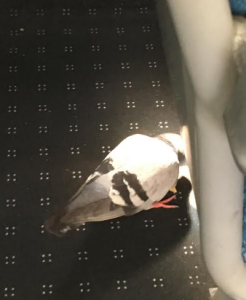