Former Bishop of Arundel and Brighton seriously ill in hospital

The former Bishop of Arundel and Brighton, Cardinal Cormac Murphy-O’Connor, is seriously ill in hospital.

He succeeded Cardinal Basil Hume in the role, becoming the senior Catholic clergyman in England and Wales, and a year later he was made a cardinal.

In 2000 his conduct as Bishop of Arundel and Brighton was questioned after it emerged that he had been told about a priest, Michael Hill, who had sexually abused children.

Instead of reporting Hill to the police, he allowed him to be transferred to Gatwick Airport to serve as chaplain, believing that he would not be able to assault children there. Hill has been jailed twice for molesting 12 children. 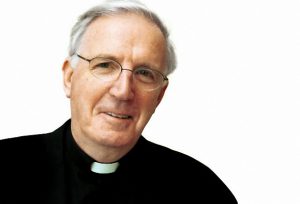 The current Bishop of Arundel and Brighton Richard Moth has written to priests and parishioners to ask them to pray for the cardinal.

He wrote: “Cardinal Cormac Murphy-O’Connor is seriously ill in hospital and I would ask you to remember him very specially in your prayers.

“In a letter sent yesterday to all the bishops, Cardinal Vincent (the current Archbishop of Westminster Vincent Nichols) writes: ‘These loving prayers are a source of great strength and comfort as he calmly ponders on all that lies ahead, all in God’s good time.

“‘May the Lord strengthen him in faith and trust and may the prayers of the Church, which he loves so much, comfort and uphold him.’

“As we all know, Cardinal Cormac holds this diocese in great affection and will, I know, value the prayers of us all at this time.”

Locally, parishioners are asked to pray for Father David Weston, the much-loved former long-serving priest at St George’s Church, in West Blatchington, Hove, who has been ill for some time.