Work has started to build six council houses and two flats on a scrap of empty land in Hollingdean.

The houses, in Lynchet Close, will each have four bedrooms while the flats will both have two bedrooms. 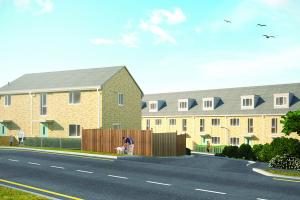 Brighton and Hove City Council said: “The development will also bring benefits for the surrounding community, with new play equipment to be provided in Hollingdean Park.”

“The new homes are part of the city council’s New Homes for Neighbourhoods programme, which aims to build at least 500 new homes on council land.

“Other building projects include 57 new council flats nearing completion at Kite Place, in Whitehawk, and 29 flats under construction at Hobby Place, also in Whitehawk.

“Council homes have already been completed in Portslade, Hangleton, Whitehawk and Kemp Town.”

Councillor Anne Meadows, who chairs the council’s Housing and New Homes Committee, marked the start of work at Lynchet Close.

She said: “Building affordable rented new homes for local people is a priority for the council and this new development in Hollingdean will provide much-needed family homes close to schools, the children’s centre and the park.” 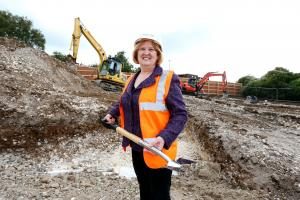 The council added: “The houses in Lynchet Close are the first four-bedroom homes to be built under the New Homes for Neighbourhoods programme and will be rented to people on the city’s housing register when they are completed next year.”