David Shrigley to be next Brighton Festival guest director

Brighton based cartoonist and visual artist David Shrigley will be Brighton Festival’s guest director next year, it was revealed today. 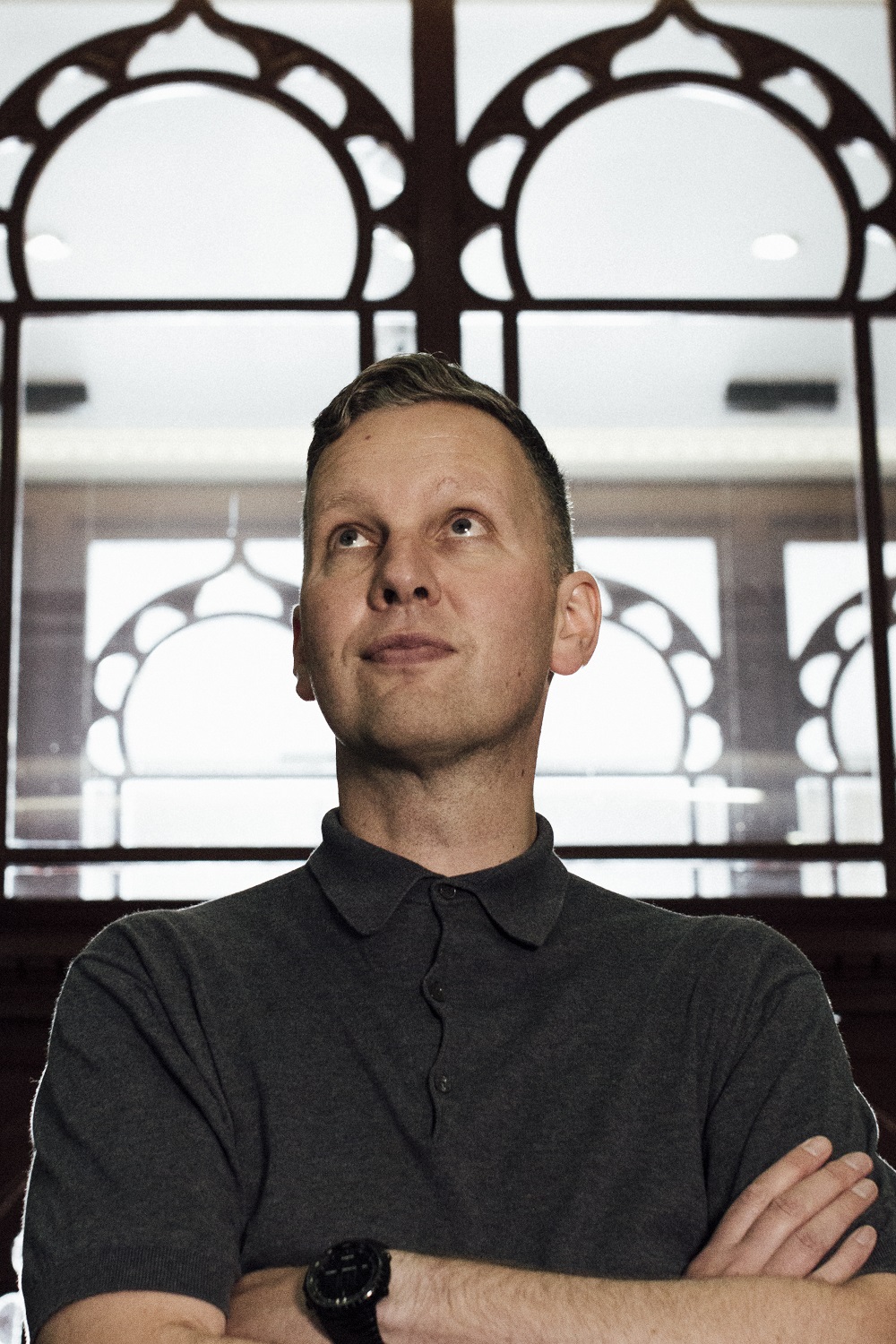 Best known for his distinctive drawing style and works that make satirical comments on the absurdity of 21st-century society, Shrigley’s darkly humorous compositions reflect the inconsequential, the bizarre, and the disquieting elements of daily life.

While drawing is at the centre of his practice, his work spans an extensive range of media including sculpture, large-scale installation, animation, painting, photography and music.

Widely admired by the art world and public alike, David Shrigley was nominated for the prestigious Turner Prize in 2013 for his solo show David Shrigley: Brain Activity at the Hayward Gallery.

In September 2016, Really Good, a 7metre-high elongated bronze sculpture of a thumbs-up, was unveiled as the latest incumbent of Trafalgar Square’s Fourth Plinth – described as the ‘tallest and most positive yet’.

An active member of the Save the Arts campaign, Shrigley recently contributed a series of illustrations depicting the benefits of the arts to health and wellbeing to accompany a report published by the All-Party Parliamentary Group on Arts, Health and Wellbeing.

Shrigley said: “The great thing about Brighton Festival is that you see things that are really thrilling and wonderful that you’ve never heard of before. What I’m looking forward to about the role of guest director is having the opportunity to not only see a lot of stuff and programme stuff but also make some artwork myself and have it presented in the place where I live.

“I think it’s a really nice way to communicate with people, to meet people and to invite people to come to Brighton.”

Andrew Comben, Chief Executive of Brighton Festival says: “Like Brighton Festival, David Shrigley’s work is for everyone. Both powerful and funny, his work manages to navigate ‘high’and ‘low’ art and speak to an incredibly wide audience. Alongside his own artwork, he has also joined in championing the power of the arts to help health and wellbeing.

“We are thrilled that David is bringing his distinctive take to the Festival and the city he has now made his home. We look forward to a programme that we hope will entertain and inspire.”

Brighton Festival 2018 (5-27 May 2018) will feature new work from David Shrigley alongside exclusives, world and UK premieres from a wide range of international, national and local artists and companies.

Full programme details will be announced in February but a handful of events that can be revealed now include the co-commission Grand Finale by Brighton Dome and Brighton Festival Associate Artist and Brighton Festival 2014 Guest Director Hofesh Shechter- a bold and powerful vision of a world in freefall, which has recently opened to glowing reviews at Sadler’s Wells; Calixto Bieito’s The String Quartet’s Guide to Sex and Anxiety, a remarkable new production from one of Europe’s most exciting theatre directors; and The Voice Project’s Arms of Sleep, an overnight choral sleepover experience in which audiences encounter a unique dream-like and immersive night of music and stories, sound and images.

Next year’s festival will also continue its emphasis on programming work in the community with the return of Your Place – two weekends of free performances and arts activities in Hangleton and East Brighton.

Delivered in partnership with Brighton People’s Theatre and community steering groups, both weekends will present international and national artists alongside local artists and community groups. Artists, community groups and an artist-in-residence are currently being sought to take part in Your Place 2018. To find out more please visit brightonfestival.org/about/your_place_call_out/

Following its successful trial last year, the Pay-it-Forward scheme will also return for 2018. Audiences are encouraged to donate £5 (or an amount of their choosing) on top of ticket prices as they complete their purchase, which is then match-funded by Brighton Festival to give a special £10 Pay-It-Forward Festival Ticket Voucher (valid for all Festival events) to someone unable to afford the opportunity. The response last year was phenomenal with over 1000 people choosing to pay tickets forward in the lead up to the festival.

David Shrigley is the first visual artist to take on the role of guest director since Anish Kapoor became the first in 2009. Others include the acclaimed recording artist, poet, playwright and novelist Kate Tempest (2017), pioneering artist and musician Laurie Anderson, who led the 50th Brighton Festival in 2016, award-winning author Ali Smith (2015) and musician Brian Eno (2010) who have all taken turns shaping the three-week programme of cultural events.

In 2011, Burmese democracy fighter Aung San Suu Kyi was guest director, choosing the theme liberty and freedom. Since then, she has become state counsellor of Myanmar, where what the UN has described as “textbook ethnic cleansing” has been taking place this year.