The developers behind ambitious plans for an open air swimming pool on Madeira Drive now want to build a temporary pool because of uncertainties about the terraces redevelopment – but intend on opening it as soon as next spring. 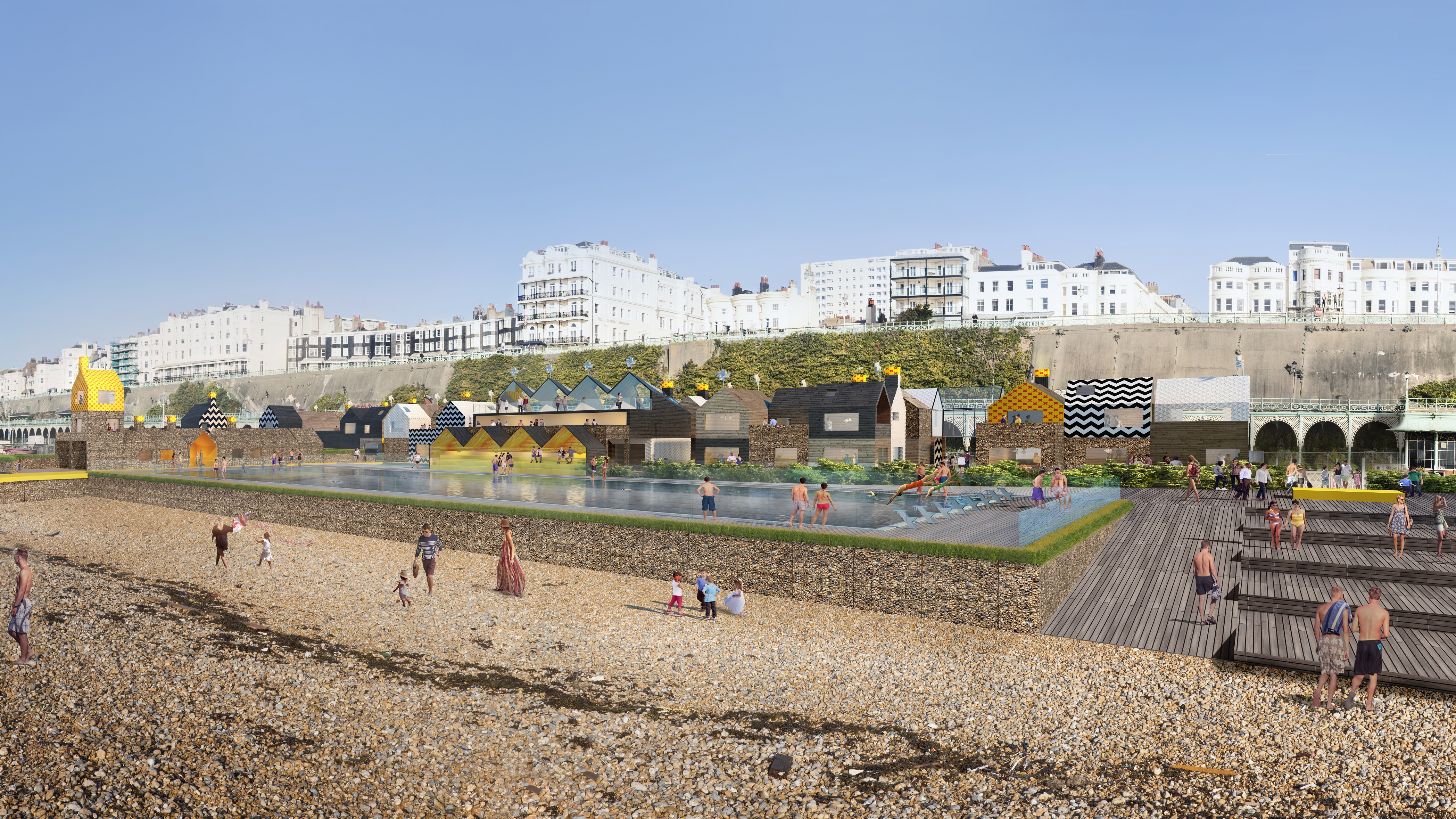 Not knowing when – or if – the Madeira Terraces will be redeveloped is making it more difficult to attract commercial businesses to rent the offices, shops and restaurants which are needed to make the Sea Lanes project financially viable.

And it now intends on developing a scaled down temporary version of the original proposal, which whilst still including many of the original uses now comprises pre-fabricated modular units and a prefabricated 25m pool on the beach – with all buildings removed after five years.

A council report, which is due to go before committee next Thursday, says: “The rationale for this temporary scheme is to test the market for mixed commercial uses in this as yet unproven location and to monitor progress on the redevelopment of Madeira Terrace.

“The developers have indicated that funding for the permanent scheme has been hampered by the uncertainties over the future of Madeira Terrace.

“There is a critical timeline to ensure that the site is developed and providing a leisure attraction and an active frontage along Madeira Drive next summer.

“The consortium required signed heads of terms which are now in place and this has given them the comfort to go ahead with their design proposals, pre-application planning advice and planning approval before the end of the year, whilst the agreement for lease and five-year lease is being finalised.

“Groundworks and construction of the scheme can then proceed in the New Year with completion of the development to be open and trading by the end of May 2018.”