We will build on our rapid improvement in customer service, says Southern Water boss

Customer service has come a long way in a short time at Southern Water, according to one of the company’s senior executives.

The firm has used technology to help drive the change but it has also focused on the way that it deals with people.

That has also meant a “root and branch overhaul” of its approach which will mean some staff either losing their jobs or being switched to other roles in the company.

Chief customer officer Simon Oates, who took up his current job a year ago, said: “It’s a matter of record that Southern Water has underperformed in customer service.

“I came into the role of chief customer officer with the absolute intent to turn around that position, with the strong support of our board.

“We’re one of the fastest-improving companies in the sector now, in terms of customer service.

“We had the largest reduction in customer complaints last year.”

The 45 per cent reduction looks likely to be followed by a 20 per cent improvement this year, Mr Oates said.

The 40-year-old executive cited the most recent quarterly customer satisfaction survey by the statutory regulator, the Consumer Council for Water.

The results, received by Southern less than a fortnight ago, show that the company has gone up from 15th – out of 17 – to seventh overall.

Mr Oates added: “Now we need to keep that going. We are improving – and improving at pace – and we’re committed to getting even better.

“We know that customers weren’t happy and we listened and responded and we’ve invested to make improvements happen.”

This meant being more responsive – and responding more quickly when, inevitably, things did go wrong. 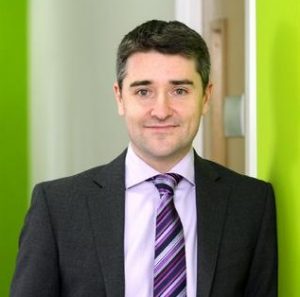 He added: “We started from a low base and the majority of companies are continuing to improve so we need a step change to catch up.

“We are determined and confident that we will not be at the bottom at the end of this year.”

As part of its plan Southern has signed up with the Institute of Customer Service which works with some of the biggest businesses in Britain.

The water firm has made it into the Top 20 Most Improving Companies list – “We’re in the top 10,” Mr Oates said.

He added: “To drive this improvement, we haven’t just tweaked the way we provide customer service. There’s been a root and branch overhaul.

“A number of roles that existed in the old way of doing things don’t exist in the new.”

As a result, he said, a number of people are at risk of redundancy. But the number expected to leave Southern is far fewer than those formally put on notice because of the organisational changes.

Mr Oates said: “What we’re doing now is working really hard with all those individuals affected. We appreciate it’s a challenging time for them.”

“We’ve heard very clearly the need for improved performance from our customers and we’re absolutely committed to delivering that. We are now the fastest improving company in our sector.

“We want to start involving our customers in ‘co-creation’ of the service we provide to them.”

Mr Oates said that there would be trials of new ideas, with staff – many of whom are also customers – often among those keenest to take part in pilot schemes.

The company hopes to introduce gadgets to help people manage their daily usage better, saving water and keeping bills down.

He was also encouraged by the number of customers registering to use the Your Account digital portal.

More than 170,000 customers have signed up since November last year, enabling them to view and pay bills online, submit meter readings and see how much water they have used.

Mr Oates said: “It’s made a difference to customers’ perceptions of us.”

They could deal with their account from the comfort of their sofa at any time of the day or night rather than phone a call centre at set times.

He said: “It’s what customers do in so many other areas of their lives and it’s right that we should offer that.

“For decades to come we will always have a call centre. Many customers want to have a conversation with another human.”

While the customer satisfaction levels were dictated by billing and the operational elements of the service, he accepted that leaks and sewage discharges also affected customers’ views of Southern Water.

With thousands of miles of water mains and sewerage, he said: “We will always have the odd failure.

“It’s the quality and speed of our response that will minimise the effect on our environment and our customers’ perceptions of us.

“These are incredibly rare incidents and we invest to minimise the risk of failure.

“We have the highest number of ‘blue flag’ beaches on our coastline and we are proud of it.”

He said: “The reduction in leakage is significant since the sector was privatised and yet water is low cost but incredibly high value.

“The average household will get its clean water – and waste water piped away – for just £1.13 a day.”

That’s cheaper than just one cup of coffee in one of the high street chains, he said, and despite jibes about hosepipe bans, the record on droughts was good too, he added.

The company has invested in waste water treatment plants like the one in Peacehaven and has tackled the challenge of replacing Victorian pipework in Brighton and places like it.

Mr Oates was aware of the debate when the Labour Party conference took place in Brighton last month about whether water companies should be renationalised.

He did not want to be drawn on party political matters but Water UK, which represents the water companies, has been vocal on this front, defending their record since privatisation.

And while the Labour conference was taking place, Cathryn Ross, chief executive of Ofwat, the industry regulator, wrote: “Almost 30 years ago, the government of the day privatised water services to secure private investment and herald a new era of efficiency.

“In the main, that has been delivered. Customer service and water quality have improved. Leakage levels are down. You are 100 times less likely to experience low water pressure.

“The environment is cleaner, with fish and other wildlife returning to rivers where they couldn’t previously live. And we have more beaches flying the celebrated blue flag.

“£150 billion has been invested in these vital public services and not a penny of it is on the public balance sheet.

“Today a household pays about £1 per day for all the water coming in and going out of the house, and customer satisfaction stands at 90 per cent.”

What Mr Oates is focused on is ensuring that customer satisfaction at Southern Water continues to improve and that the company keeps up its push from laggard to industry leader.