Brighton and Hove has enough secondary school places, according to a senior executive, who cited figures supplied to the government by the council.

The figures show a surplus of places even in five years’ time when secondary school numbers are expected to reach the peak of an impending population bulge.

And the Department for Education figures do not appear to take account of plans by Brighton University to open a new school in the east of the city.

Nor do they take account of plans to build another secondary school in Hangleton at Toad’s Hole Valley – near Blatchington Mill and Hove Park and the new site for the King’s School.

The recently opened King’s School is also increasing in size and is outgrowing its temporary home in Portslade.

Mr Reed acknowledged that in one of the city’s catchment areas – for Dorothy Stringer and Varndean School – demand for places outstripped supply.

He said: “There is a significant problem of undercapacity in one catchment area – and that’s because they’re very good schools.”

The council is currently carrying out a statutory consultation on catchment areas with the Stringer and Varndean catchment expected to shrink further.

Mr Reed said that standards had risen across Brighton and Hove and that, while more improvement was always possible, the area’s secondary schools were all performing well.

He said: “If I had one piece of advice for parents and pupils, it would be go and see for yourself.

“Don’t be swayed by information which may be 10 years out of date. We’ve got high standards right across the city, regardless of the school.

“All of our secondary schools have an impressive record of improvement over the past few years. It’s not just academies or faith schools or local authority schools – and it’s a real cause for celebration.

“Families need this reassurance that they have got a real choice of good schools. It’s not like it was 10 years ago. The gap between the best performing and the rest really has closed.” 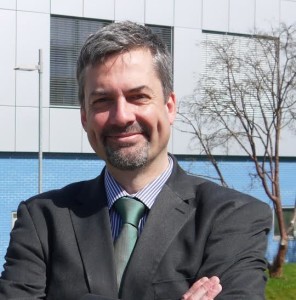 Mr Reed added: “Dealing with the challenge of overcapacity is a more serious problem to us all than dealing with undercapacity.”

As if to underline his point about the challenges of dealing with overcapacity, supporters of at least two local primary schools have been fighting attempts to “downsize” them.

Brighton and Hove City Council has proposed reducing the intake – or the number of forms of entry – at several primary schools across the area.

Resistance has come from Hertford and Benfield while, at other schools, overcapacity has led to job cuts including redundancies. This can mean a narrower curriculum for children or less support for those in most need of extra help.

Mr Reed, who helps oversee BACA and PACA, said: “Overcapacity – not undercapacity – is the issue. We’ve got an uneven distribution and, yes, in some areas we do have some undercapacity.

“And although the data suggests a bulge, even at the point of the bulge, we can accommodate every child.

“If we’re going to spend money, let’s spend it on our existing capacity. Children are better off going to vibrant schools.

“You don’t want schools that are too full or too empty. There’s a Goldilocks measure!” 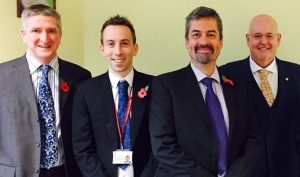 As well as the desire for children to go to vibrant schools, he said, there was the pure economic case.

“Across the city we’ve got a net surplus of about 200 places – that’s almost a whole year group or seven forms.

“If there is money available, we shouldn’t be spending it on creating unnecessary new school places.

“We should invest in a success story in which we can all take collective pride.

“As a city we missed out on the BSF (Building Schools for the Future) programme (but) there a lot of schools that would benefit from investment.

“The evidence puts Brighton and Hove in the top third for overcapacity through to 2022-23.

“There is a danger we get hooked on the wrong narrative. The secondary schools in our city are a success story and that success story is at risk.”