The Sussex Wildlife Trust is warning people to be careful on Sussex beaches after a Portuguese Man O’ War washed up on Shoreham beach. 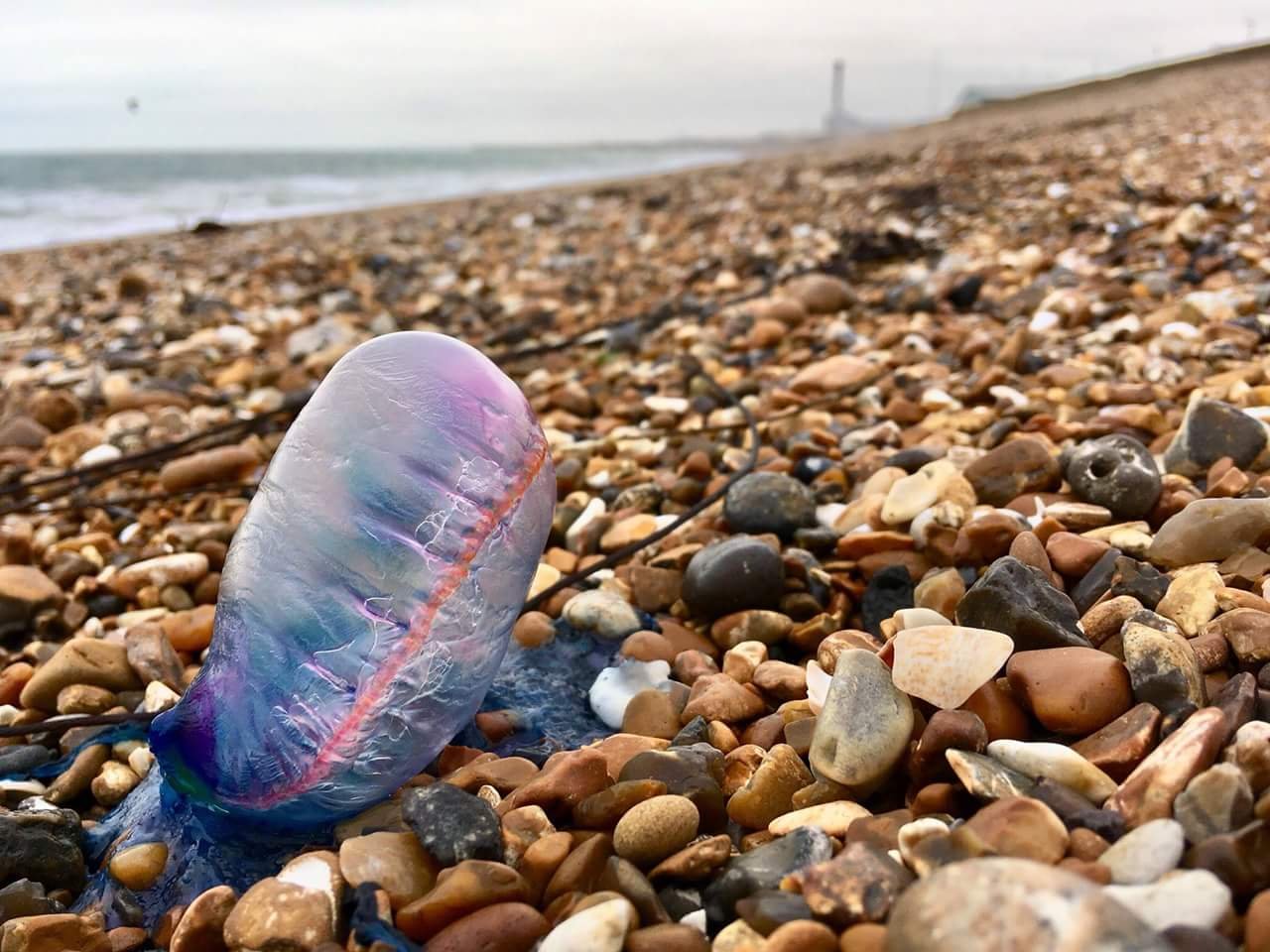 The sea creatures can cause incredibly painful stings which in some cases csn be fatal.

Scores have been washed up on beaches in the south west in recent weeks, with marine experts blaming strong westerly winds pounding the British coastline.

The Sussex Wildlife Trust said: “Portuguese Man O’ War have been spotted around the UK’s western coast for a couple of weeks now and they have finally made it to Sussex. This one was spotted today near Shoreham.

“Despite its similar appearance, this isn’t a jellyfish, a man o’ war is a siphonophore – a type of an animal that is made up of a colony of organisms working together.

“The gas-filled bladder, acts as a sail. Their long tentacles can result in a painful sting so please don’t touch if you see one.”