Drunk woman flips car with young son in back

A woman was more than twice the drink-drive limit when she crashed and overturned her car in Brighton. 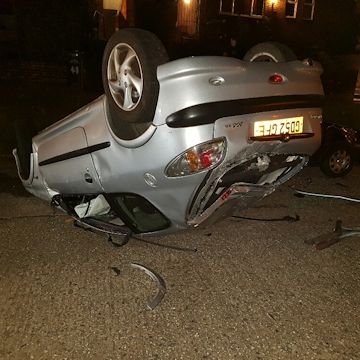 Cheryl Graddon, also known as Sheryl Ellison, had her nine-year-old son in the back of her Peugeot 206. She admitted drink driving and driving with no licence and no insurance when the incident occurred.

It happened in Plymouth Avenue, Bevendean, at about 10.48pm on Wednesday 7 June – during Surrey and Sussex Police’s annual summer crackdown on drink and drug-drivers.

When the police arrived, the Peugeot was found to have clipped a kerb and crashed into two parked cars – a Volkswagen Passat and a Citroen Xsara – before coming to a stop on its roof.

The occupants – driver Graddon, 30, of Fitch Drive, Bevendean, and her son – were treated at the scene for minor injuries.

A sample of blood was then taken from Graddon, who is unemployed. It revealed that she had 178 micrograms of alcohol in 100ml of her blood. The legal limit is 80 micrograms.

She was arrested and charged to appear at Brighton Magistrates’ Court on Thursday 21 September, where she pleaded guilty and was banned from driving for 20 months. She was also sentenced to a six-month community order, and ordered to pay a £120 fine, £85 costs and a £85 victim surcharge. 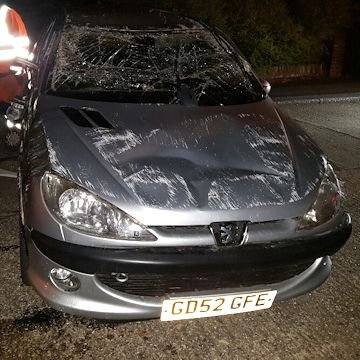 A total of 150 motorists were arrested during the month-long campaign in June, of whom 91 have so far been convicted. Graddon is among the latest of them.

Harry Taylor, 20, a builder, of Old Shoreham Road, Hove, was arrested in King’s Road, Brighton, on Friday 16 June and charged with driving with 69 micrograms of alcohol in 100ml of his breath.

At Brighton Magistrates’ Court on Thursday 31 August, he was banned from driving for 17 months. He was also ordered to pay a £400 fine, £85 costs and a £40 victim surcharge.

Rhiannon Kaile, 24, a sales representative, of Springfield, Chelmsford, Essex, was arrested in Church Street, Brighton, on Tuesday 20 June, and charged with driving with 67 micrograms of alcohol in 100ml of her breath, driving with no licence and driving with no insurance.

At Brighton Magistrates’ Court on Tuesday 19 September, she was banned from driving for 18 months and given a 30-month conditional discharge. She was also ordered to pay £200 costs and a £20 victim surcharge.

People in Sussex can text officers on 65999 with the details of people they suspect of drink or drug-driving, or visit the Operation Crackdown website.

To report someone driving while over the limit or after taking drugs, call 999.