The famous mural commemorating late, great rock stars on the Prince Albert pub in Trafalgar Street has been updated to include victims of last year’s celebrity death curse. 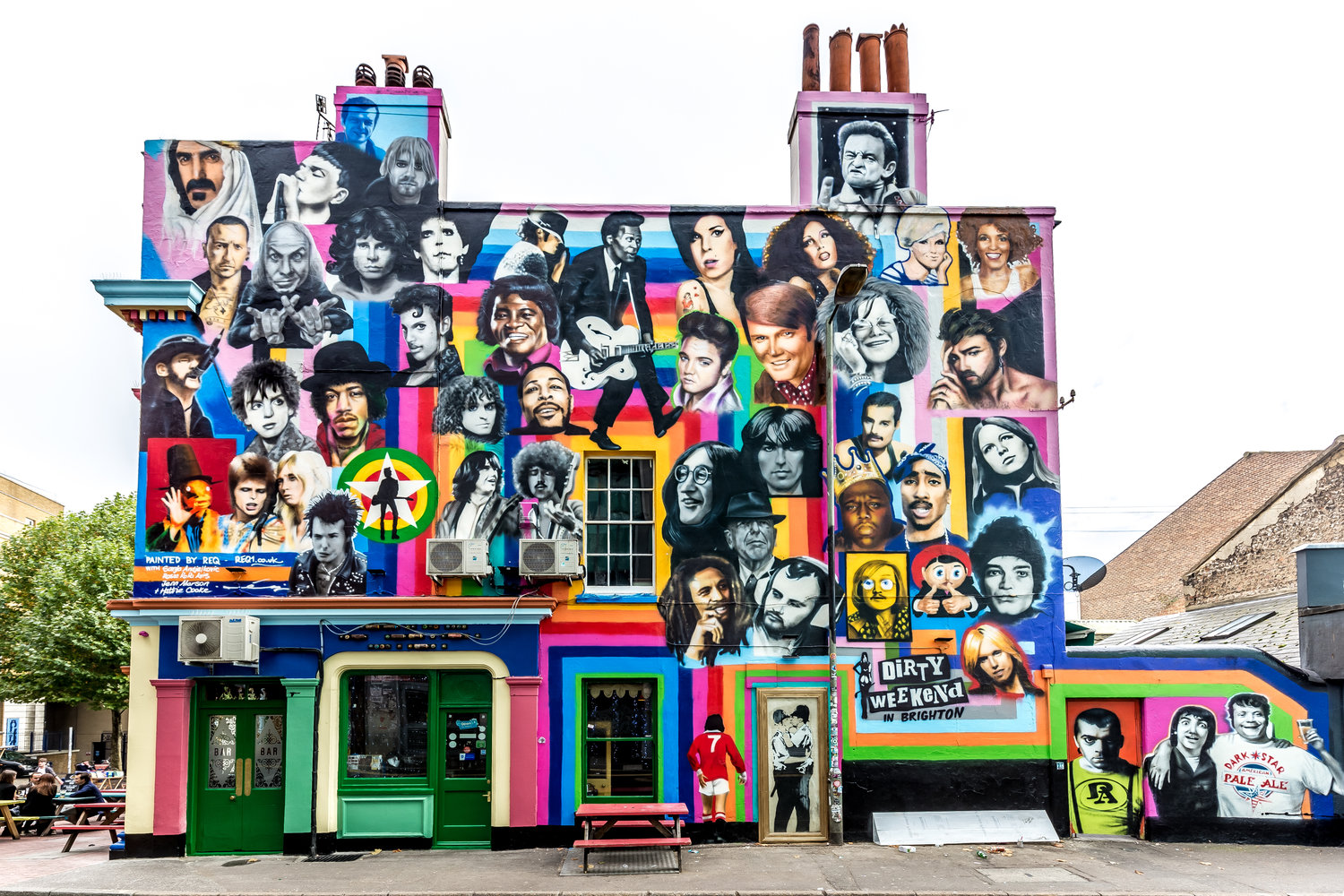 A clutch of recently departed rock and pop stars, including George Michael, Leonard Cohen, Lemmy and David Bowie, have now been added to the mural, above Banksy’s kissing coppers.

The original mural was painted four years ago by Req and Sinna One. Req, a regular at the pub, enlisted the help of his apprentices at Spraypaint Academy for Girls to paint the updated one.

Bar manager Oliver Hall said: “Obviously it needed updating because there’s a lot of new characters we have to that time where a lot of stars from the 70s, 80s and 90s are dying.

“Tom Petty died just as we were taking the scaffolding down so we quickly added him on.

“We have had a lot of people coming in congratulating us and coming in for a beer and saying how much they love it. It’s definitely an eye catcher for people who are coming down from the station.

“There’s people standing around me taking photos of it and discussing who’s who with each other, that happens all day, every day. It’s quite nice seeing that outside the window while you’re pulling beers, people snapping away left, right and centre.”

The original mural been completely replaced, with all the paint stripped back and reapplied to create a long lasting base for the new mural, which was unveiled last Monday.

The front of the pub has also been painted in different colours to brighten up the street.

Who can you spot in the mural?