An evening of Punk Rock nostalgia with Penetration 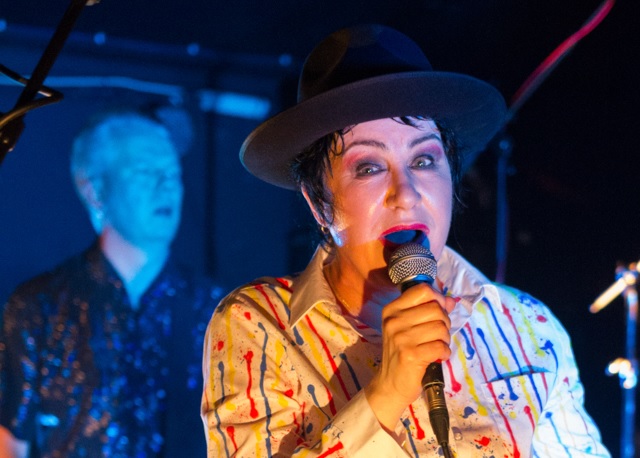 County Durham punk rock band Penetration, originally formed way back in 1976 with the original members being Pauline Murray (vocals), Gary Chaplin (guitar), Robert Blamire (bass) and Gary Smallman (drums). The spark for this was Pauline seeing The Sex Pistols performing live in Northallerton, Yorkshire in May 1976 and so the punk seed was firmly embedded. Although it has to be said that when she was just 14 she had witnessed the New York Dolls and Lou Reed performing live. 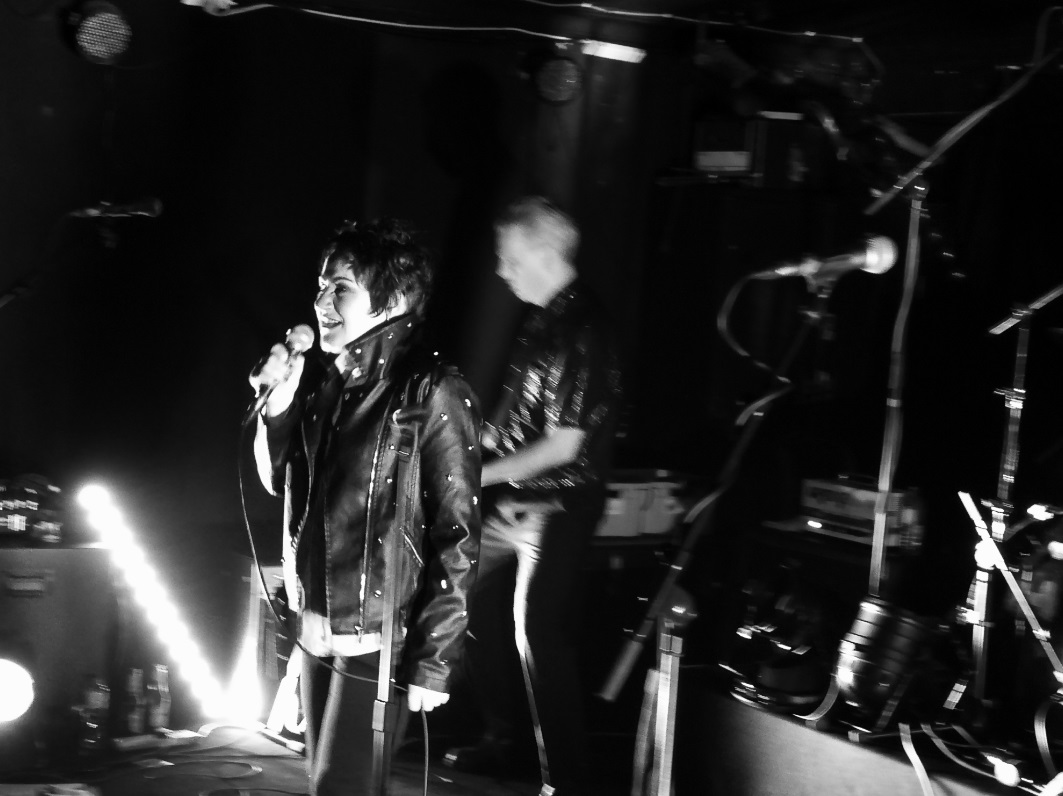 Their very first gig was in October of that year at The Rock Garden pub in Middlesbrough, but they were then known as The Points. They shortly decided to rename themselves after the closing track on the A side of ‘Raw Power’, the 1973 Iggy Pop & The Stooges album. 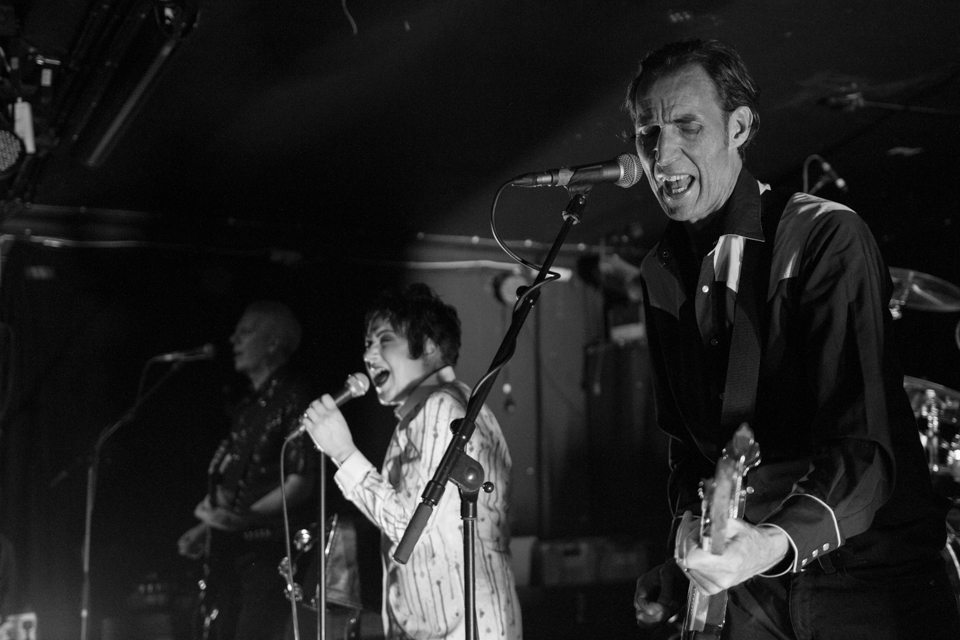 In 1978, they became a five-piece combo with the addition of two guitarists, Neale Floyd and Fred Purser after Gary Chaplin had left for pastures new with the Rhythm Clicks and Soul on Ice. Then at the tail end of the decade, the bands gruelling live schedule began to take its toll and like many other punk acts, they decided to call it a day. 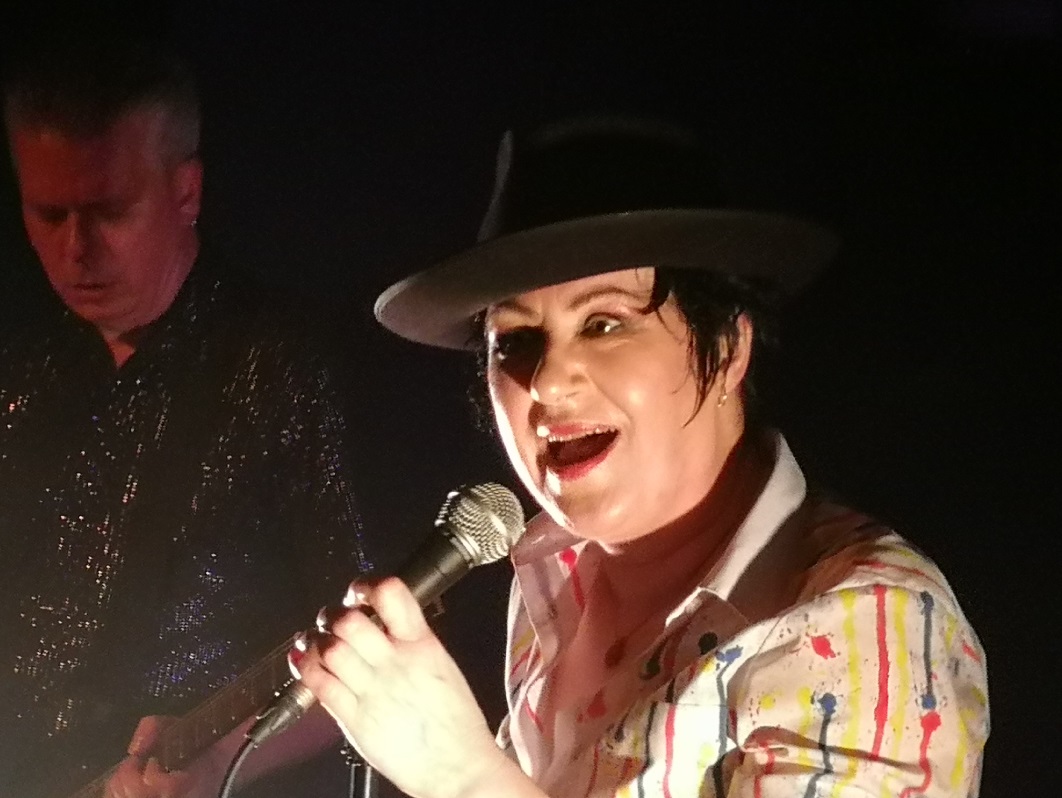 They had performed on the same bill as The Buzzcocks, The Stranglers and Generation X and in the meantime managed to release two albums on Virgin Records; 1978’s ‘Moving Targets’ (which peaked at No.22 in the official album charts) and 1979’s ‘Coming Up For Air’ (which got as high as No.36 in the same chart). They are best remembered for these albums, their ‘Don’t Dictate’ and ‘Danger Signs’ singles as well as their two John Peel Sessions. 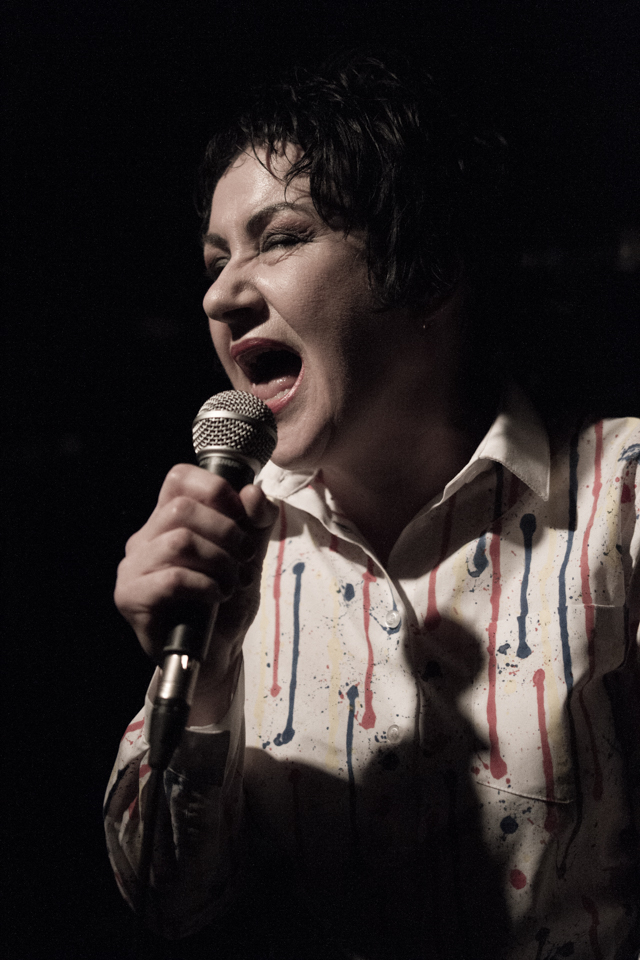 In 1980 Pauline Murray collaborated with The Invisible Girls, which also included Penetration member Robert Blamire as well as other Manchester musicians such as Vini Reilly, guitarist in The Durutti Column, Steve Hopkins and John Maher. Produced by Martin Hannett, the resulting album spawned the singles ‘Dream Sequence’ and ‘Mr.X’, with a further non-album single ‘Searching for Heaven’ released in 1981. Pauline’s solo work was compiled and repackaged by boutique reissue label LTM last year. 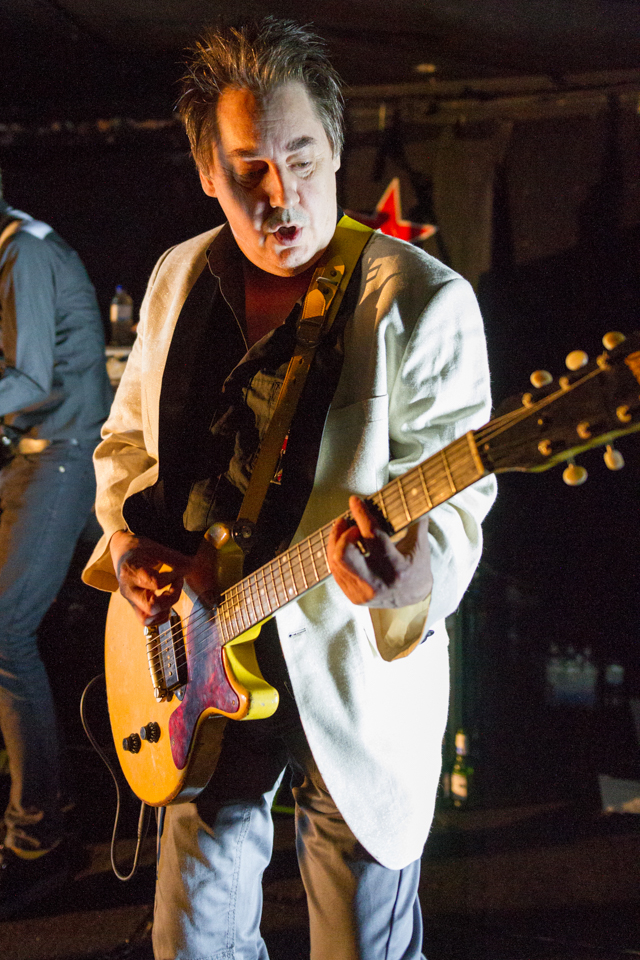 Penetration reformed for shows in 2001 which turned into a permanent thing and have since played Rebellion Punk Festival in Blackpool many times. Penetration released an acclaimed album of new material called ‘Resolution’ in October 2015. The current recording line-up of the band is Pauline Murray, Robert Blamire, Paul Harvey and Steve Wallace and (ex-Buzzcocks and Flag Of Convenience drummer) John Maher. Although for live work including this tour, they have drafted in Ken Goodinson on drums, instead of John Maher, as it was logistically more feasible with John now residing right up on the dramatic Isle Of Harris in the Scottish Hebrides. 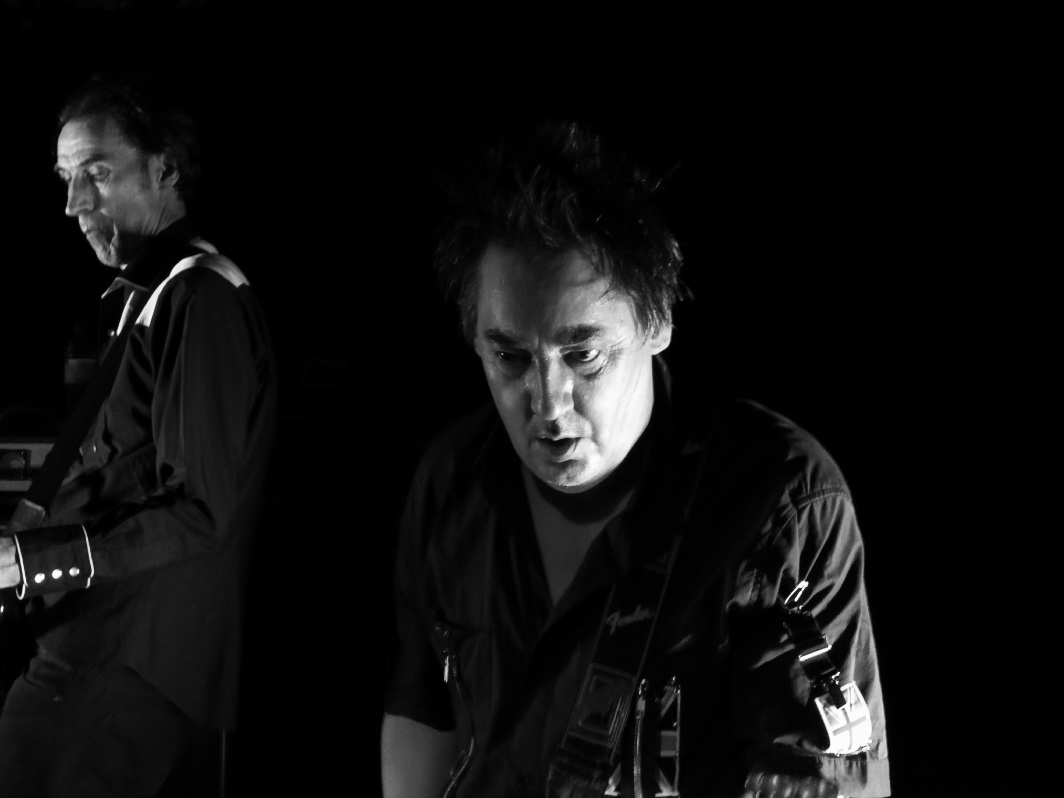 Maher and Harvey are also artistically successful in the fields of photography and art as Maher tends to specialise on spectacular long-exposure outdoor night photographs (some of which have featured on Grand Tours Of The Scottish Islands BBC TV programme) and Harvey is a successful member of the figurative painting Struckist art movement. Learn more here http://johnmaher.co.uk/ and here http://www.stuckism.com/Harvey/Index.html 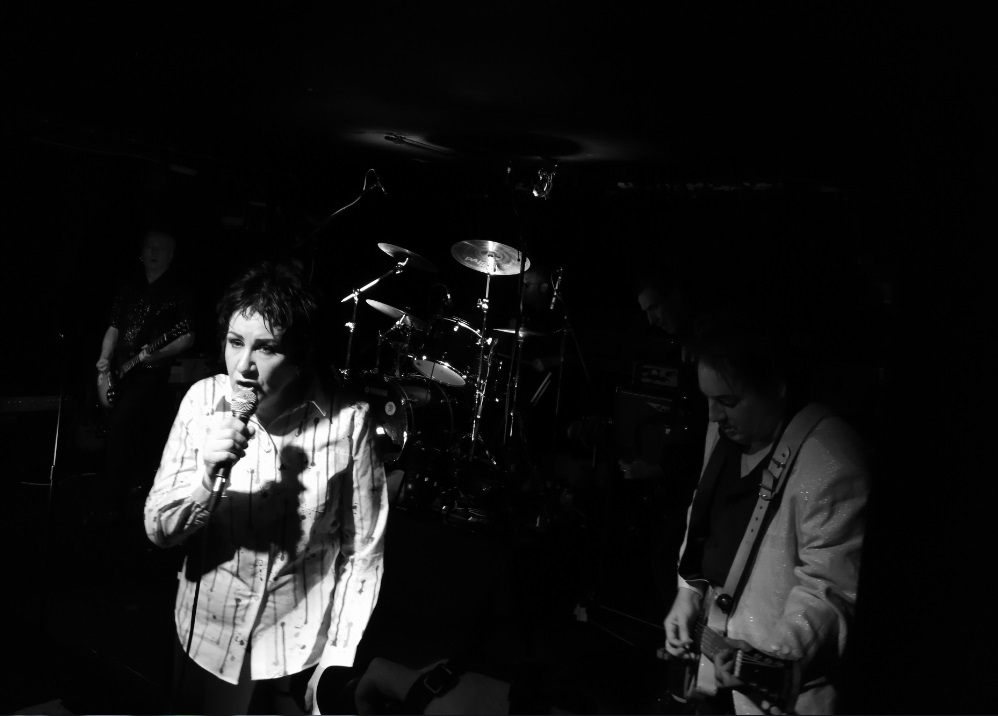 Amazingly tonight was my very first Penetration gig. Somehow they have eluded me up until now, but I am glad that I have finally seen them live. In fact it was quite an interesting evening as the venue was rammed full of the the celebs and hoi polloi of the punk world. There were people present that I hadn’t seen for over 30-35 years, they had somehow come out of the woodwork and so tonight’s event took on a special nostalgic significance. 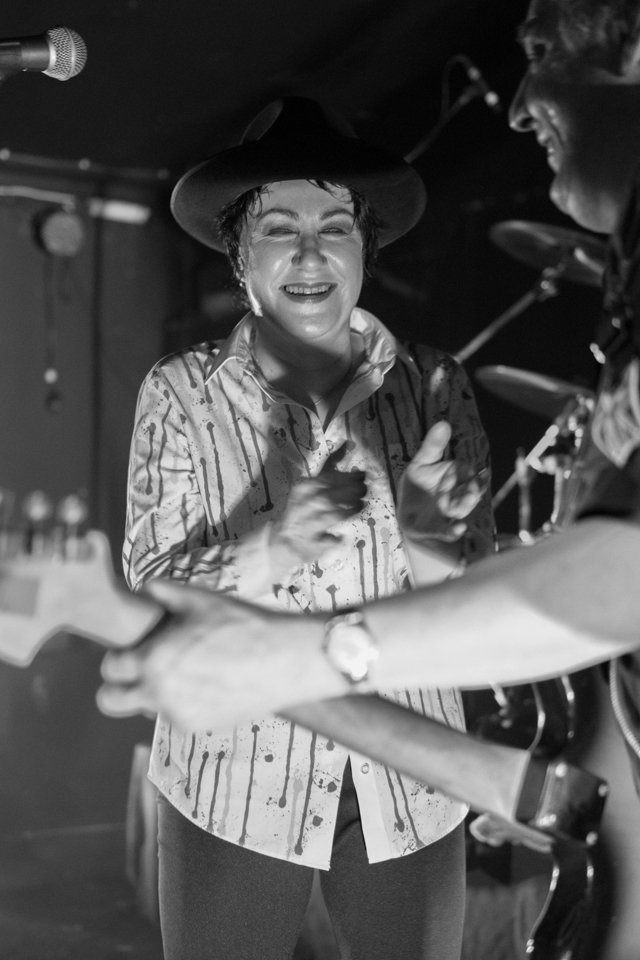 We were all so busy gassing and making up for lost time, as punk does tend to pull people together, that we somehow missed the two support acts, but our ears pricked up as Penetration took to the stage. 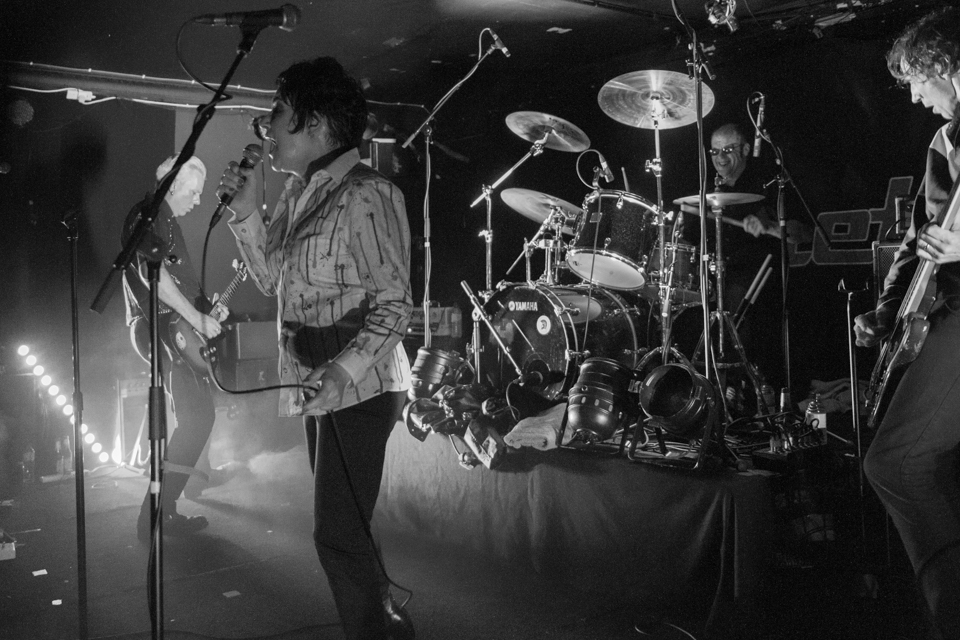 The bands plan of action was to give the fans a decent career spanning set that ran virtually in chronological order and that’s exactly what they did (note setlist below). 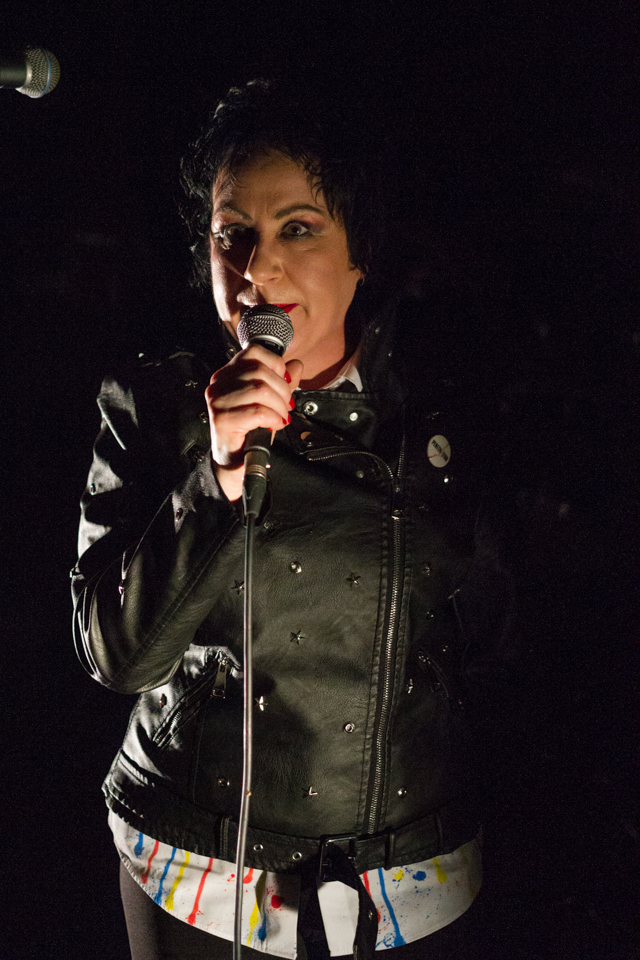 These accomplished musicians certainly were giving the packed out crowd exactly what they required, whether they be sedate but perfectly named Helen McCookerybook (of The Chefs and Helen & The Horns fame – now known as Dr Reddington in her professional guise), or blue-haired Charlie Harper (of UK Subs fame) or purple-haired Jordan (of Sex Pistols compatriot fame), who were all present tonight.

Pauline Murray was giving it her all and then had a little sneaky rest in between certain tracks, which is to be expected these days, with all that decision making as to whether to wear her hat for the next track or not. It was on, then it was off and then it was on and then it was off, I found this rather amusing. 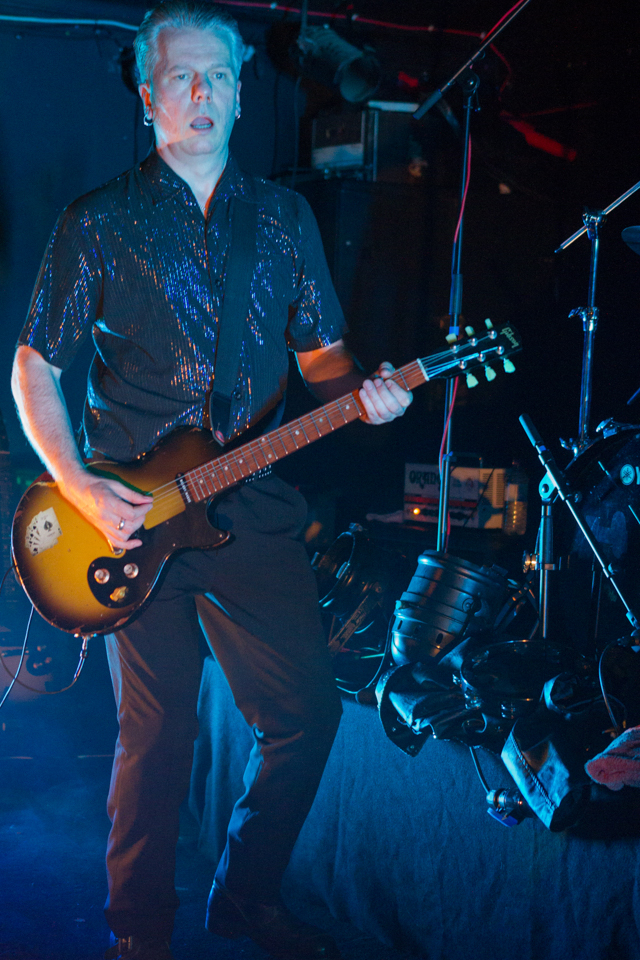 They were well received all the way through their initial 16 song set that they came back and performed two tracks as an encore, and then went off stage one at a time in order to gain a deserved applause for each of the 5 band members. Hopefully they will tour again soon and one thing is for sure, that us chaps that went will all be attending. 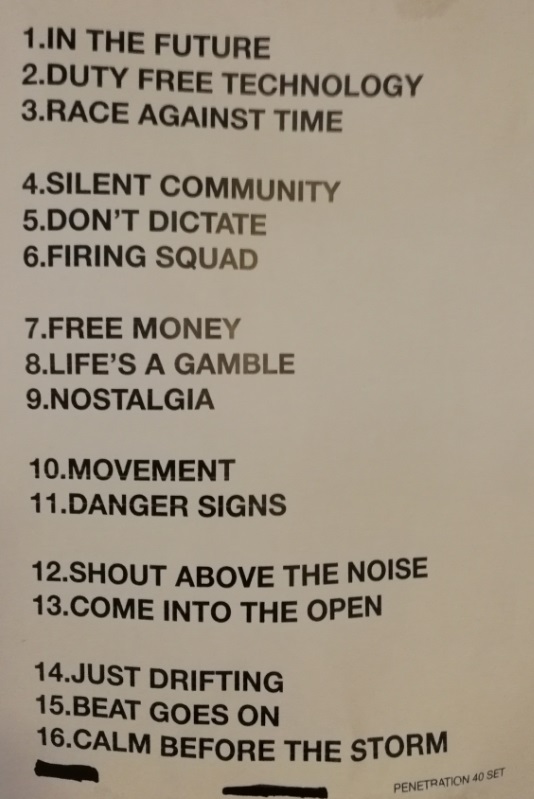 Penetration setlist for the Con Club, Lewes gig (minus the encore tracks) 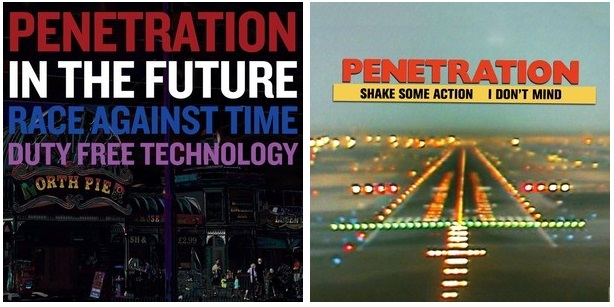 For more information on the band visit here:http://penetrationband.com/home.html#home 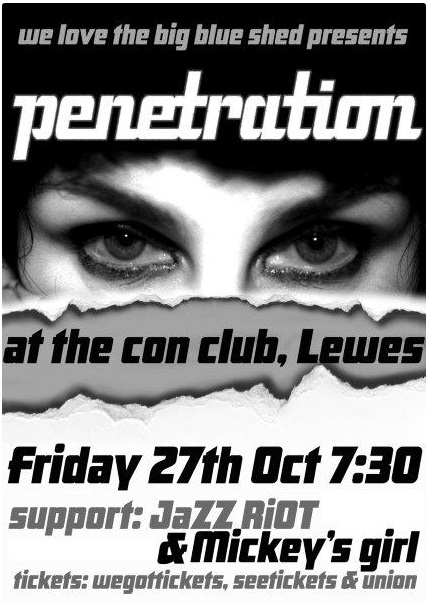