Brighton and Sussex Medical School celebrated the arrival of its new scanner at a ribbon-cutting ceremony with Brighton and Hove Albion chairman Tony Bloom. 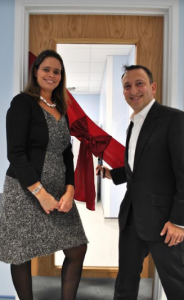 He officially opened the new scanner suite as the medical school looks to bring research and care at its Falmer base “into the premiership”.

The MRI (magnetic resonance imaging) scanner weighs 13 ton and has a magnetic weighing more than 11 ton.

It generates a 3T – or three tesla – magnetic field, twice as great as previous scanners. This enables faster and better diagnosis and treatment for patients by giving a much clearer image for clinicians and researchers to view.

MRI scanners use strong magnetic fields and radio waves in order to create images of the body, including inside the brain, without the potentially harmful effects resulting from radiation. 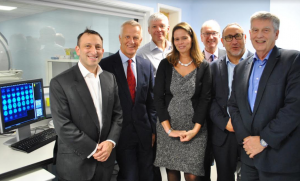 The scanner was winched by crane into the Clinical Imaging Sciences Centre (CISC) at the medical school in May.

The medical school said: “The new state-of-the-art Siemens scanner will provide new research and educational possibilities, particularly in the field of neuroscience, along with expanded clinical scanning options for patients.”

Tony Bloom said: “The new scanner will give a real boost to the local community, in terms of both state-of-the-art research that will lead to new developments in healthcare and providing valuable services to local patients.”

Mara Cercignani, the academic director of CISC, said: “Our new MRI facility will allow researchers at the medical school, along with our colleagues at the University of Sussex and the University of Brighton, to further develop our ground-breaking research, truly bringing it into the ‘premiership’.” 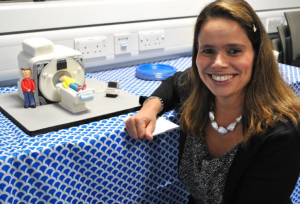 Professor Cercignani added: “Not only that, but we will now be able to scan local patients for a wider range of conditions such as prostate cancer.”

High Sheriff Maureen Chowen was also present to mark the opening of the suite containing the new multimillion-pound scanner which was part-funded by the Wellcome Trust.