The Horrors give Sussex ‘Something To Remember Me By’ 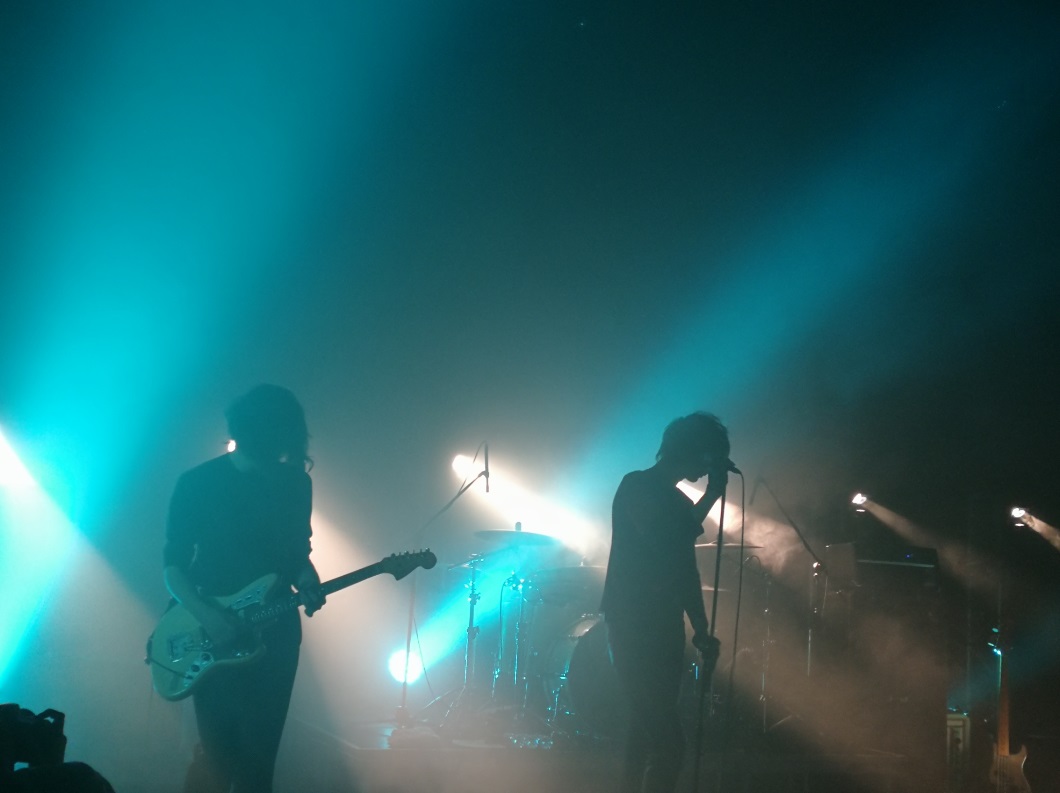 It’s not often that you ever get to go to a gig in a world class contemporary interdisciplinary arts hub within an iconic Grade II listed building originally designed by Sir Basil Spence is it?

But that’s what we have done tonight in homage to indie goth-rock band The Horrors, who have played an intimate gig within the building formally known as the Gardner Arts Centre.

The building was originally erected in 1969 as part of the then very modern looking University of Sussex campus. The state-of-the-art Attenborough building, named after former Chancellor ‘Dickie’ and not David, has taken a mammoth nine years of loving refurbishment and renovation in order to look as good as it does today, with its 480 standing/350 seater venue.

I have recently visited the pristine building once during the day and the design and thought given to the acoustics alone is world class. Prior to tonight’s concert, I was a little concerned about the volume of sound, as I was lucky to have witnessed The Horrors perform in the Worthing Pavilion on the pier 3 years ago and that was so loud that it was borderline tinnitus. But the light show was stupendous and they really gave a fantastic performance. 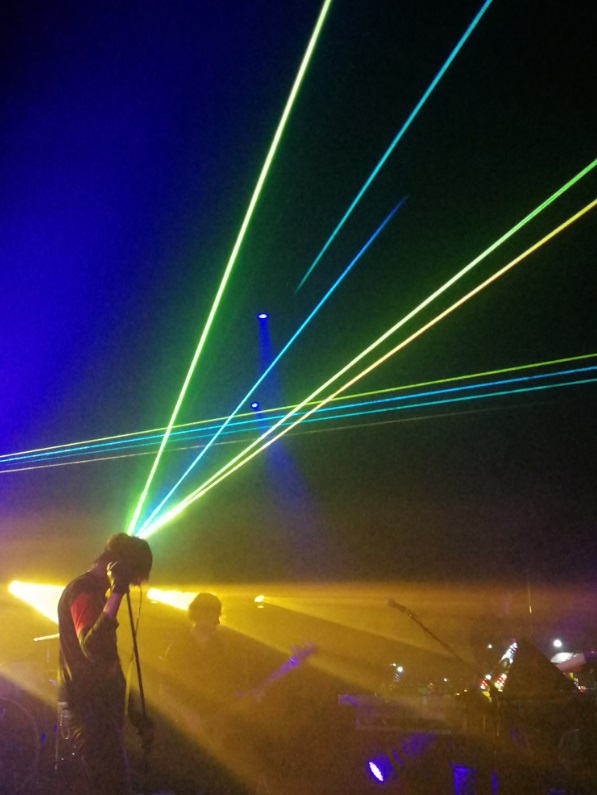 The Horrors are a 5-piece shoegaze/garage combo made up of slender vocalist Faris Badwan who is nearly 2 metres tall – circa 6ft 4in, Joshua Hayward (guitar), Tom Cowan (keyboards/synths), Rhys Webb (bass) and Joe Spurgeon (drums). The guys got together 12 years ago and hail from Southend-on-Sea.

To date they have released (and I have purchased) 5 contrasting style albums; ‘Strange House’ (2007), ‘Primary Colours’ (2009), ‘Skying’ (2011), ‘Luminous’ (2014) and the latest fifty-four and a half minute 10-track platter entitled ‘V’ (presumably the Roman numeral for 5 as in fifth album?) released on 22nd September this year, which reached No.8 in the official album charts. The new release is The Horrors third straight top ten album, as ‘Skying’ got to No.5 and ‘Luminous’ got to No.6. So the band are consistent with their success at present and there are signs from the ‘V’ album as though they are heading towards the more pop/dance orientated sound. It seems with each release, they move off into a slightly different genre and thus endeavour to capture new fans along the way.

Tonight was the penultimate date of an 11 gig UK and Ireland tour and then the guys are off to Europe for a further 27 date tour, which leads them up to near Christmas. 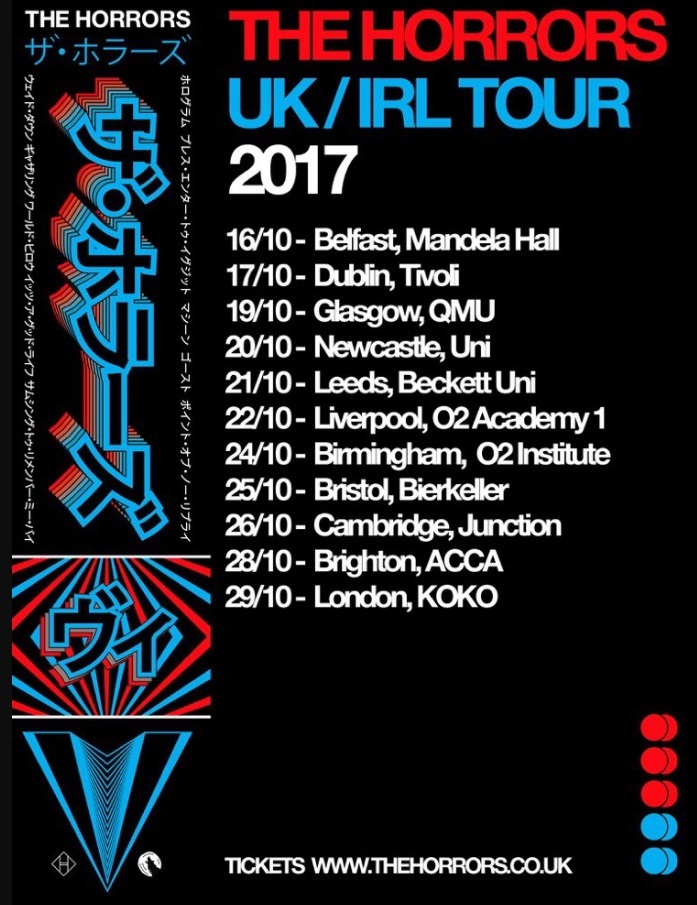 We ventured into the hall and briefly saw the start of the support band’s set. They were called Baba Naga and hail from Sheffield and like to release 10” mini-albums. Their Facebook page states ‘The live show is moody, trippy, a sickening high; the shows are not just gigs, they are worships, combining sound and visuals to offer experiences that conjure a mesmerising sense of the beyond’. Yes, we had ‘a mesmerising sense of the beyond’ – the bar! – and off we went.

It was now time for The Horrors to hit the stage and sure enough it was deja-vu from our previous Horrors gig. Fantastic light and lasers with dry ice, so that it was relatively difficult to note their faces. The sounds were being nicely absorbed into the walls and so our ears wouldn’t be rattling tonight.

They opened up with a couple of tracks from their latest album, namely the decent ‘Hologram’ and ‘Machine’. These were two of the six songs culled from the ten track album that got an outing tonight. Next up was possibly the best track of the night ‘Who Can Say’ from their 2009 Primary Colours album. 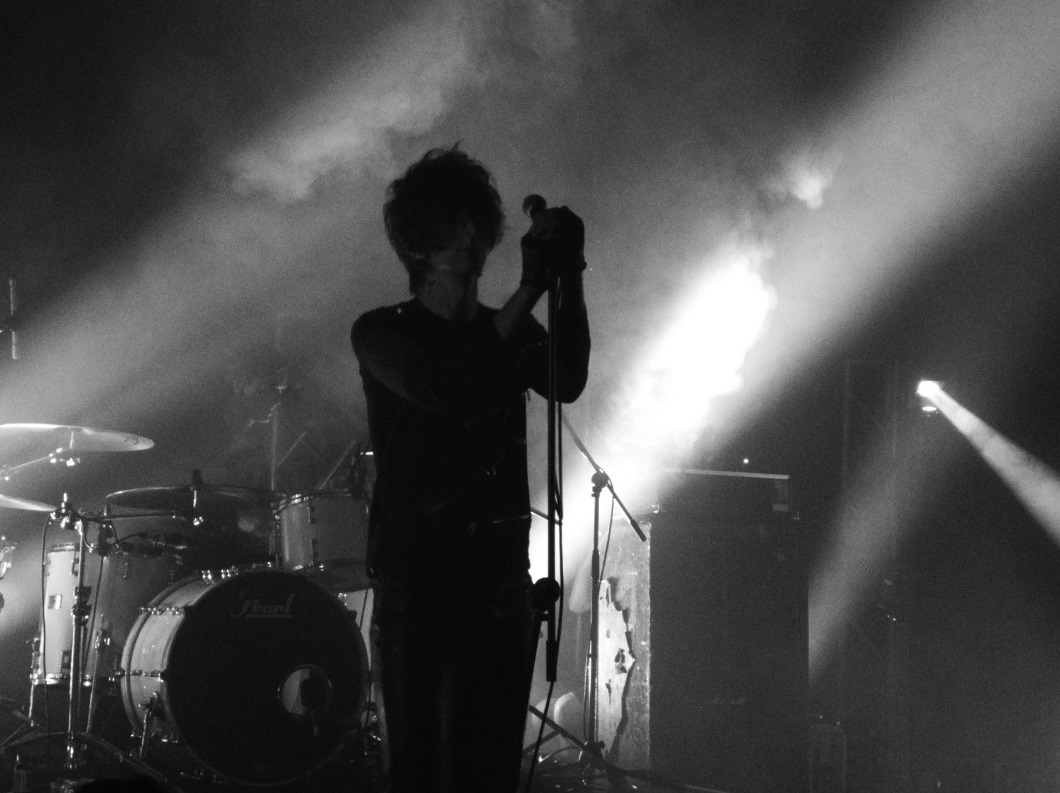 Singer Faris Badwan at the ACCA

Faris was really appreciative of the crowds support especially those who have been with the band right from the start. Incidentally he is also a member of Cat’s Eyes with his other half Canadian Rachel Zeffira and they have performed in Hove in the not too distant past. However, I would recommend you checking out their ‘I Knew It Was Over’ video they filmed in the Vatican, whereby they blagged their way in stating they were a choir! It’s very moving and if anyone had some sense, people should get behind it and make it a Christmas No.1 in the charts! I could just imagine it on Top Of The Pops on Christmas Day.

On the other side of the coin, Cat’s Eyes also released the brilliant ‘Drag’ tune in 2016, which is reminiscent The Shangri-Las meets Broadcast in sound, but I personally find the accompanying video quite disturbing and it’s probably as far apart as you can get from the aforementioned ‘I Knew It Was Over’ video. 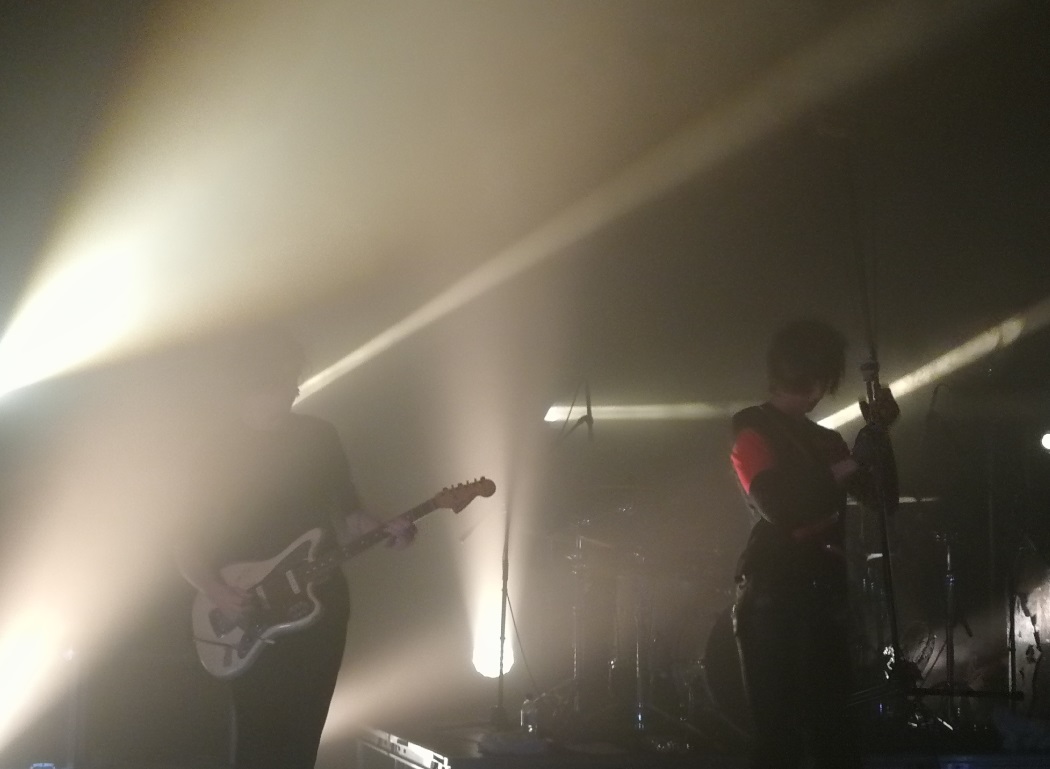 So back to tonight’s gig and The Horrors sadly performed a mere dozen tracks including an encore and that was it. I am really disappointed that they didn’t perform ‘I See You’ this time around, as it was the very best song they performed on Worthing Pier three years ago. I mean, tonight their official video of it on YouTube has literally just clicked over to one million views! So it’s not as though it’s an obscure track or anything – great shame!

So overall, we agreed that we thought that the Worthing gig was better because the choice of tracks were more to our liking and louder and the gig was possibly longer last time. However having said that, we did enjoy ourselves tonight and the final track is a nod that the band could be heading towards dance territory, which is quite intriguing for them. 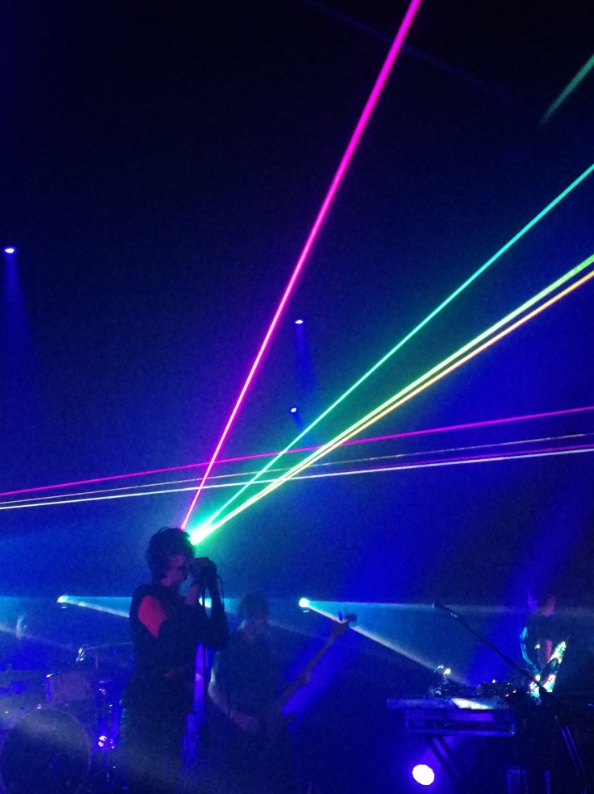 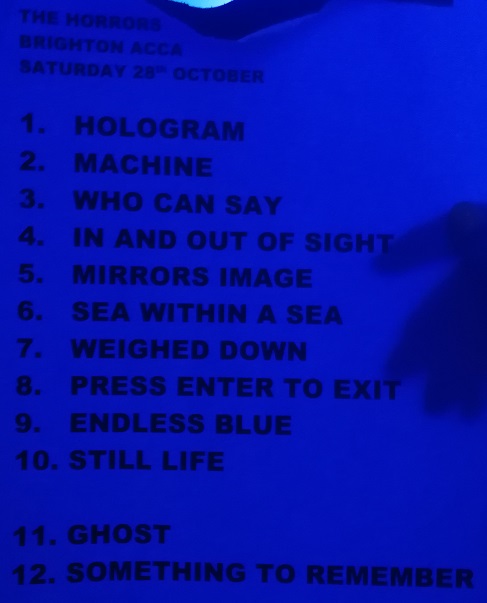 For more info on The Horrors, visit: http://www.thehorrors.co.uk/ and for Baba Naga go to: https://babanaga.bandcamp.com/