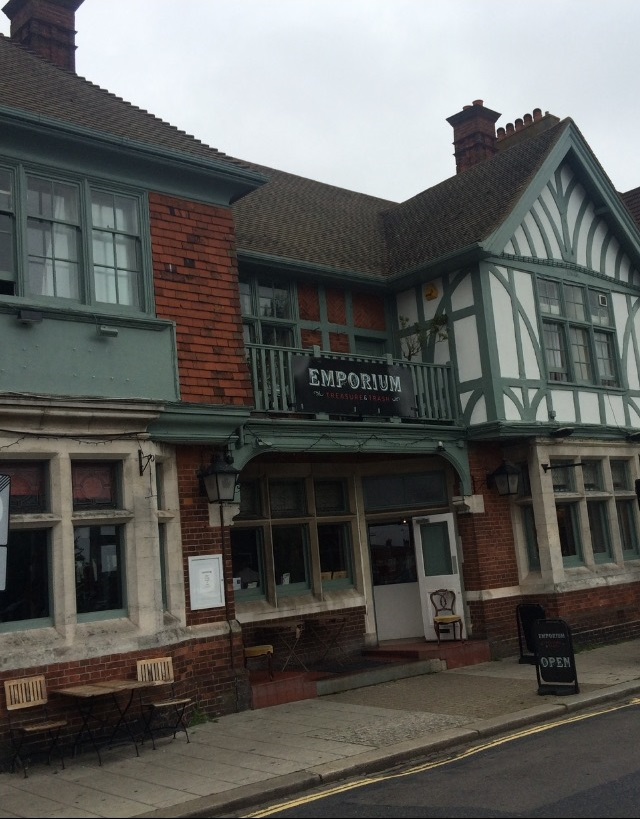 The much-loved pub, which was built by local architect Charles Henry Buckman in 1895, is now protected under the planning system after being deemed to have ‘special architectural and historic interest’.

The move comes after Brighton and Hove City Council served the pub with a Building Preservation Notice (BPN) in July to ensure no one could demolish or alter the site in a way that would affect its character as a building of such interest.

Cllr Julie Cattell, lead member for planning at the council, said: “We began the process of protecting this fantastic building by serving a Building Preservation Notice on the pub while Historic England considered its listing application.

“We’re delighted they have upheld our BPN and agreed the building is of special architectural or historic interest as an early and high quality example of a reformed public house in Tudor Revival style.”

The building, listed by Historic England as the Former Dyke Road Hotel, was closed down just over a year ago and is now up for sale.

Various plans and ideas for the pub’s use have been suggested, including shopping and housing, but the listing gives the council more powers to determine its future. Any owner will now need to seek Listed Building Consent before carrying out any internal or external alterations to the building.

In its report, Historic England states: “After examining all the records and other relevant information and having carefully considered the architectural and historical interest of the case, the criteria for listing are fulfilled and the Building Preservation Notice should be upheld. Dyke Road Hotel is therefore recommended for listing at Grade II.”

The report adds: “The Dyke Road Hotel has some local historical interest and demonstrates the changes to public houses over the C19. The modest ‘beer shop’ of circa 1831 (was) replaced in 1895 by a much grander ‘reformed’ public house, which also had elements of a road house.

“It was important from the start as the first stopping point on the route from Brighton to the very popular C19 excursion destination of Devil’s Dyke.”