Chris Evans and Damon Hill lent their support to the campaign to restore the Madeira Terraces last weekend – just a couple of days before Brighton Marina developers became the largest private donors to the crowdfunder. 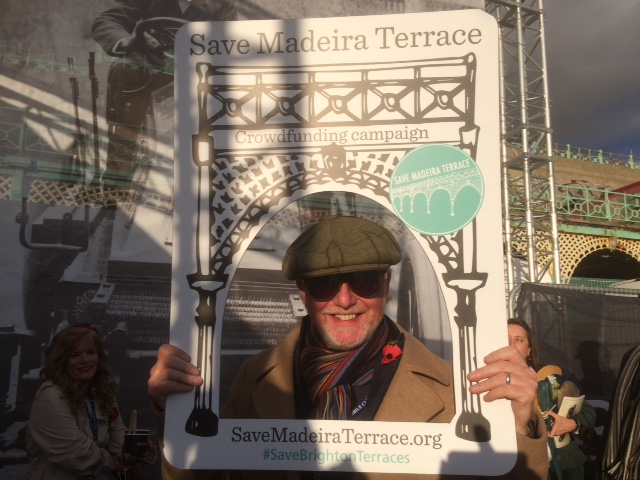 This morning, Brunswick Developments pledged £25,000 to the Save Madeira Terrace fundraiser after directors voted unaminously to support the campaign – making the company the largest donor after Brighton and Hove City Council, which kickstarted it with £100,000.

Due to structural concerns, the terraces along Madeira Drive have been closed to the public since 2013. Once a thriving section of the seafront’s promenade, some parts are currently inaccessible.

Andrew Goodall, Brunswick Developments’ Managing Director said: “Brighton’s seafront is its shopfront, whatever we can do to maximise its potential will have benefits for residents, tourists and the economy.”

“Along with 1,500 other stakeholders in the city and beyond who have already pledged to the campaign, the Brunswick directors are also keen to see them restored.

“The terraces are the Marina’s neighbour, and so of course we want to see them do well, look great and become full of activity. We have been impressed by the thoughtful regeneration of the seafront to the west of the city and are now committed to supporting further regeneration to the east.”

VisitBrighton head, Howard Barden added “This pledge is brilliant news and brings a significant boost to the fund as we go into the final weeks of the campaign.

“With more pledges like this we can do it! City wide support has been tremendous and demonstrates how keen so many people are to see our seafront terraces restored to their former glory.

“We’re now 60% of the way towards reaching our target and I want to thank everyone for helping us come this far. As we approach the home straight, these bigger business pledges are going to be instrumental in getting to the target on time so I would urge all businesses that haven’t already contributed to come forward as soon as possible.”

Visiting the city for the Veteran Car Run at the weekend, Chris Evans and Damon Hill were the latest in a string of well-known faces to add their support for the campaign. 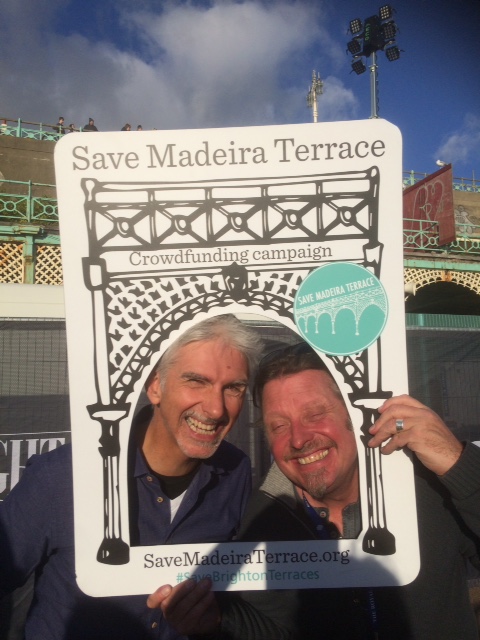 The council has a Seafront Strategy to bring life back into the area and enhance its future prosperity but plans suffered a setback when a bid for a Government grant to kick-start work on Madeira Terrace was rejected earlier this year.

The crowdfunding campaign was subsequently launched to find a way to pilot the renovation of a small number of the arches and will demonstrate public appetite to save them.

And a raffle run by residents Jax Atkins, Rebecca Bunker and Derek Wright is on track to raise another £20,000 for the campaign.

Click here for more information or to to pledge online, visit www.savemadeiraterrace.org.