Brighton defender Gaeten Bong is asking for a full investigation into his allegation that a West Bromwich player made offensive comments to him during Saturday’s match. 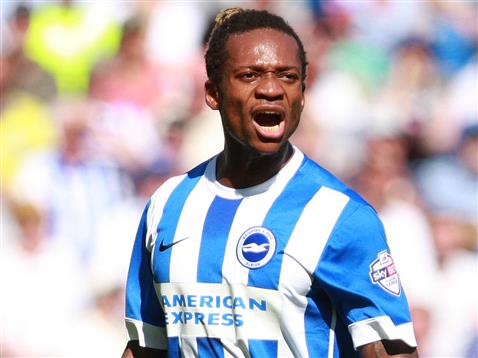 Albion left-back Bong reported Jay Rodriguez to match official Martin Atkinson for a verbal comment made during the match at West Bromwich ground The Hawthorns, which the referee included in his report to The FA.

As is FA procedure in these incidents, in response to the referee’s report, Bong has subsequently confirmed the allegation and his wish for The FA to proceed with a full investigation into the incident.

Chief executive Paul Barber said: “Gaetan has the full support of everyone at the club through this process.

“The club will also assist The Football Association in their investigation, but at this stage we would prefer not to make any further comment until this process has concluded.”

The FA said in a statement: “The FA can confirm that referee Martin Atkinson was made aware of an allegation during the West Bromwich Albion versus Brighton and Hove Albion game at The Hawthorns yesterday and has subsequently reported this to The FA, which will now begin making enquiries into the matter.”

Although the precise nature of the comment has not been confirmed, Bong wrote on his official Twitter feed: “Some words should not be said on a football field and specially not by players Rodriguez words are unforgivable for the man I am!!” The tweet has since been deleted.

West Bromich Albion boss Alan Pardew tod PA on Saturday: “I can only say on my behalf, because I haven’t seen the incident, knowing Jay Rodriguez I find it very difficult to understand if I’m honest.