The man who brought open air cinema to Brighton beach says he is “totally and entirely” heartbroken after a London company outbid him for the rights to use the seafront. 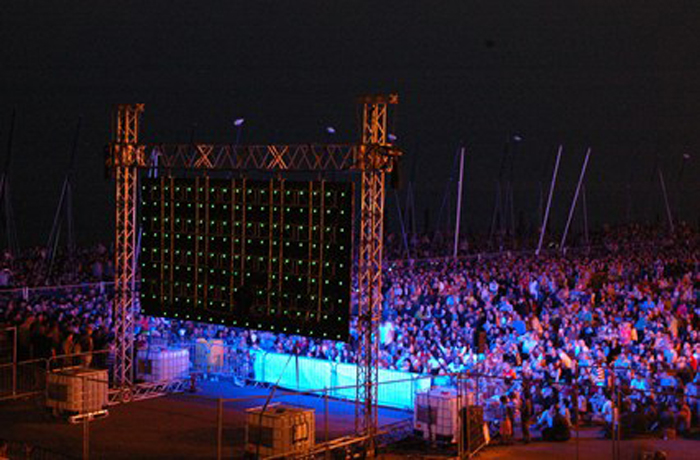 Bill Murray, of Hove-based Murray Media and Brighton Big Screen Events, launched Brighton’s Big Screen in 2012, when it showed events from the Olympics as well as films on the beach near the West Pier.

In subsequent years, it moved to the east of the Palace Pier, and also showed World Cup matches, as well as shorts from local filmmakers.

But last year, Brighton and Hove City Council announced that for the first time, the lease of the beach for an open air cinema would be put out to tender – and yesterday it was announced that Luna Beach Cinema, which describes itself as the UK’s number 1 open air cinema, had been successful.

Mr Murray says that the loss of the lease will be a devastating blow for his business.

It also raises the question of what this means for other city events held on council land, such as the marathon, half marathon, food and drink festival – and even the Brighton Festival itself.

Mr Murray said: “It broke my heart totally and entirely because we built something up for six years and then someone comes along with loads of money and pushes out the community element.

It simply pushes the funds we needed to stay in business up the M23.

“We were the summer for some people. They loved the cheap or free entry and enjoyed our food and drinks.

“I’m devastated that we have come up with the idea, worked it so that we could finally make it work financially then have it taken away when we just starting to get on our feet.

“It’s like building a windmill and growing the wheat and then just as you are about to make your first loaf of bread, Hovis turns up in an articulated lorry.

“We helped to raise money for Save the Terraces, we worked with local businesses like the Volks Tavern and the Madeira Cafe who were providing us with our catering.”

Mr Murray said that the Big Screen employed about 100 people overall, including contractors for services such as security, catering and first aid.

He said: “I have had to let my first aid team company go today – they’re nurses and medical staff from the hospital who have supported the event since the start. And I’ve had to let the people who do the free short films down today too. Other companies are suffering because of this late decision.

“I haven’t heard the full premise, but we were told it was because we didn’t come up with enough money. We built this up for someone else to exploit.”

In a press release yesterday, the council said that the Luna cinema would be showing key matches from the World Cup, blockbuster movies and short films by local filmmakers.

It also said that the tender process had taken local economic impact into account alongside the history of the business, experience, proposed event programme and licence fee – and that it would be employing local people where possible.

“Last year, the council was approached by several companies to screen the World Cup matches on the beach and run the annual screen on the beach event.

“We decided the fairest and only way was to hold a clear and robust process and offer the event to the applicant who could best fulfil the criteria. That company was Luna.

“I understand how disappointed the businesses which were not chosen will be, but we had a duty to choose the company who we believe will provide the best event possible for our residents, businesses and tourists.”

George Wood, Managing Director of The Luna Cinema said: “We are delighted to be operating the Screen on the Beach this year and for the next two years, and will work tirelessly to ensure a fantastic event for the city.

“Our intention is for Luna Beach Cinema to be a celebration of the local community, offering an inclusive cultural experience in a truly iconic setting, but also encouraging local film makers and aspiring directors with regular screenings of locally made short films.

“Alongside this, the cinema will offer employment for local people with a policy of recruitment of front of house personnel from the local community where possible.”

The cinema will screen films from Thursday, 14 June until Sunday, 15 July.