The beast from the east has landed.

Just after 8.30pm a mini blizzard descended over the Brighton and Hove area and a few centimetres of the white stuff settled. 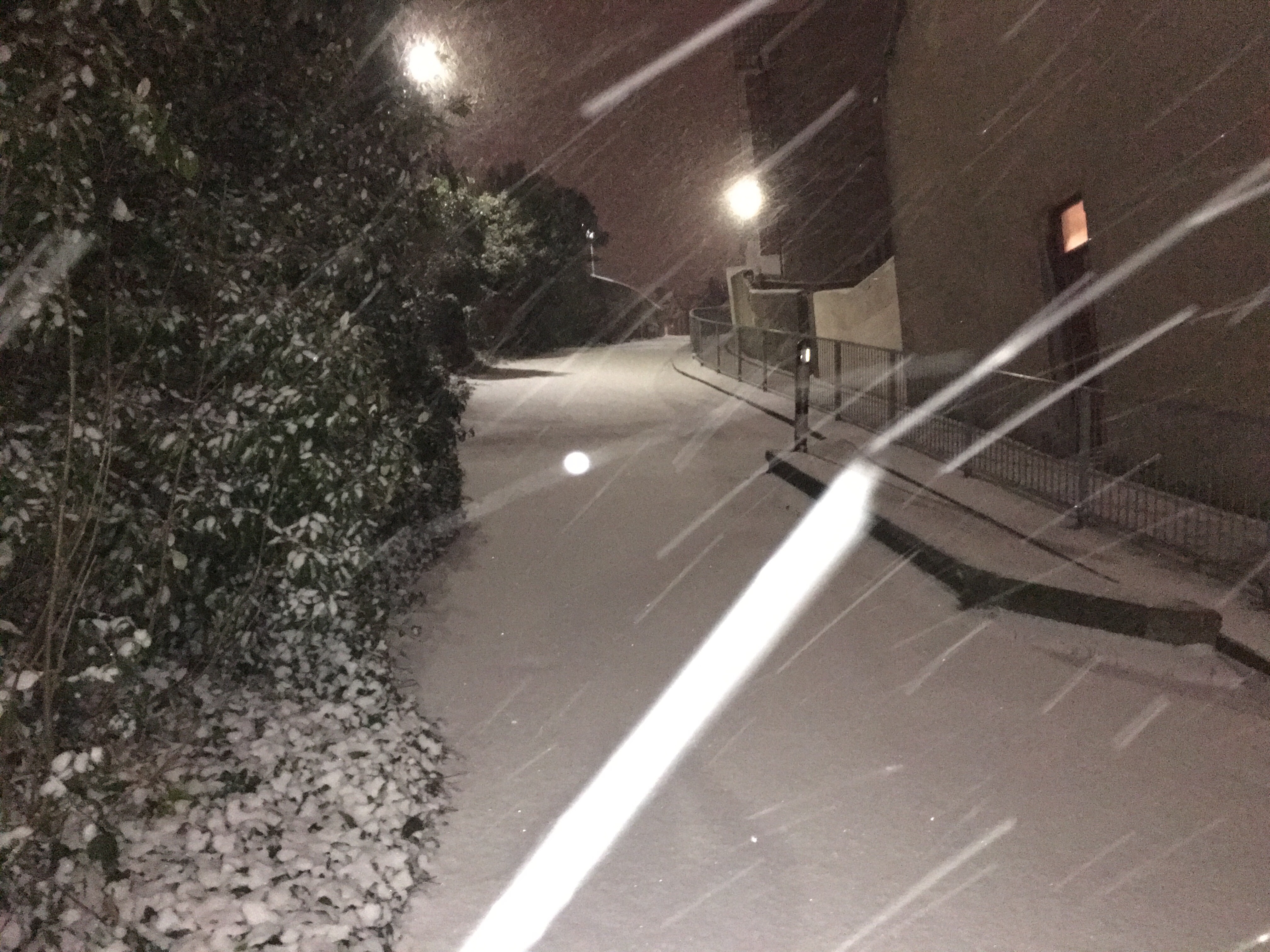 At its steepest point the road known locally as Black Hill is a 1 in 4 gradient. It has been a Mecca for sledgers, snowboarders and even those with giant orbs in recent snowy years.

Shortly after the snow started, at about 9pm, houses across Brighton experienced flickering lights and power cuts.

But a spokesman for UK Power Networks said this was not related to the snow.

He said: “Our engineers were called to the Brighton area at about 9pm today after power supplies were affected to several thousand customers in the area.

“The majority of supplies have been restored by 9.15pm. Our engineers are continuing to work as safely and as quickly as possible to restore power to remaining customers still affected by the power interruption.

“The cause of the power cut is a fault on an underground cable. We realise how difficult it can be to be without power and apologise for any inconvenience caused.” 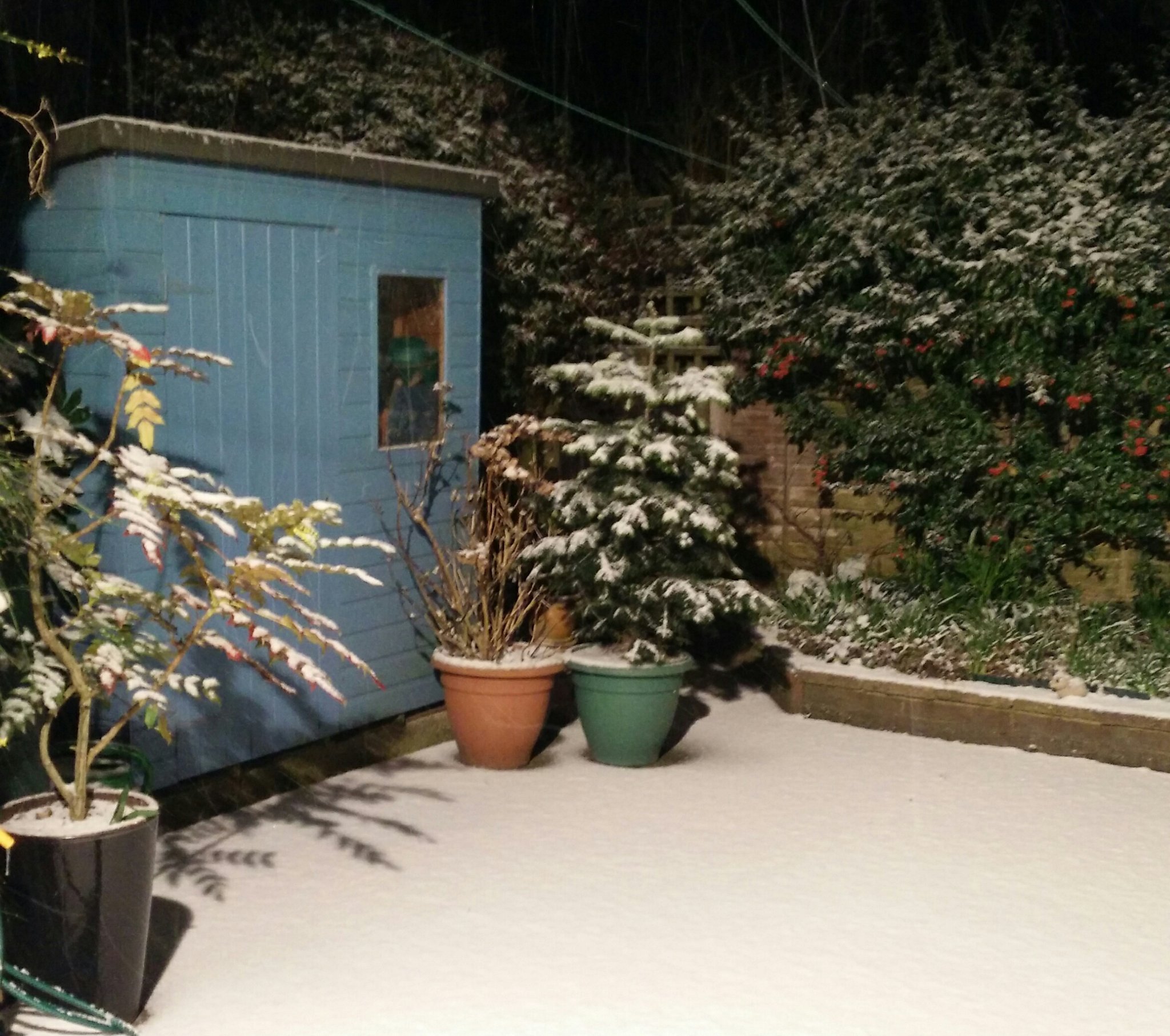 Mark Strong took this photo of his garden in the Queen’s Park area. He said it’s the first time his Christmas tree has been snowed on

The overnight forecasts show more significant snowfall in the area, with many schools and local services likely to shut. 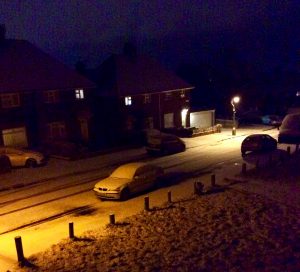