Stereophonics showcase their repertoire in a polished performance 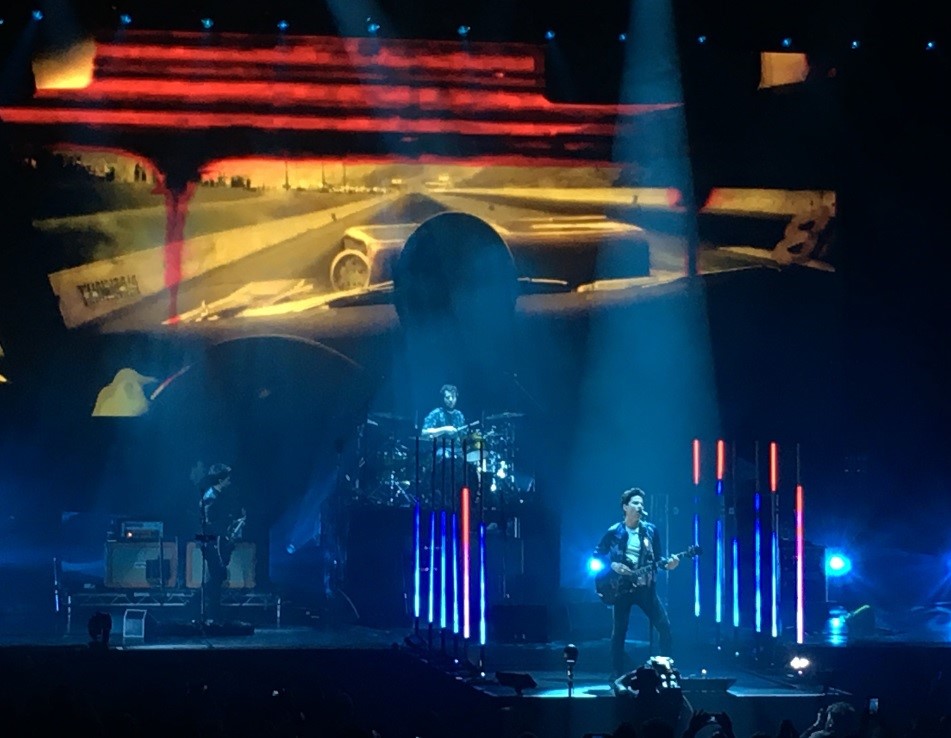 It’s hard to believe that it’s over twenty years since Welsh rockers The Stereophonics released their debut album ‘Word Gets Around’. Over 10 million Album sales later and a string of tours alongside legends such as the Rolling Stones, U2, Bruce Springsteen and David Bowie, the band rolled into town this evening on the latest leg of their 2018 UK arena tour.

The Welsh rockers lined up at the Brighton Centre with their usual four-piece line up led by their still-youthful looking lead singer Kelly Jones plus a number of guest musicians throughout the set and they served up a treat for fans who had braved a bitterly cold Tuesday night on Brighton seafront. 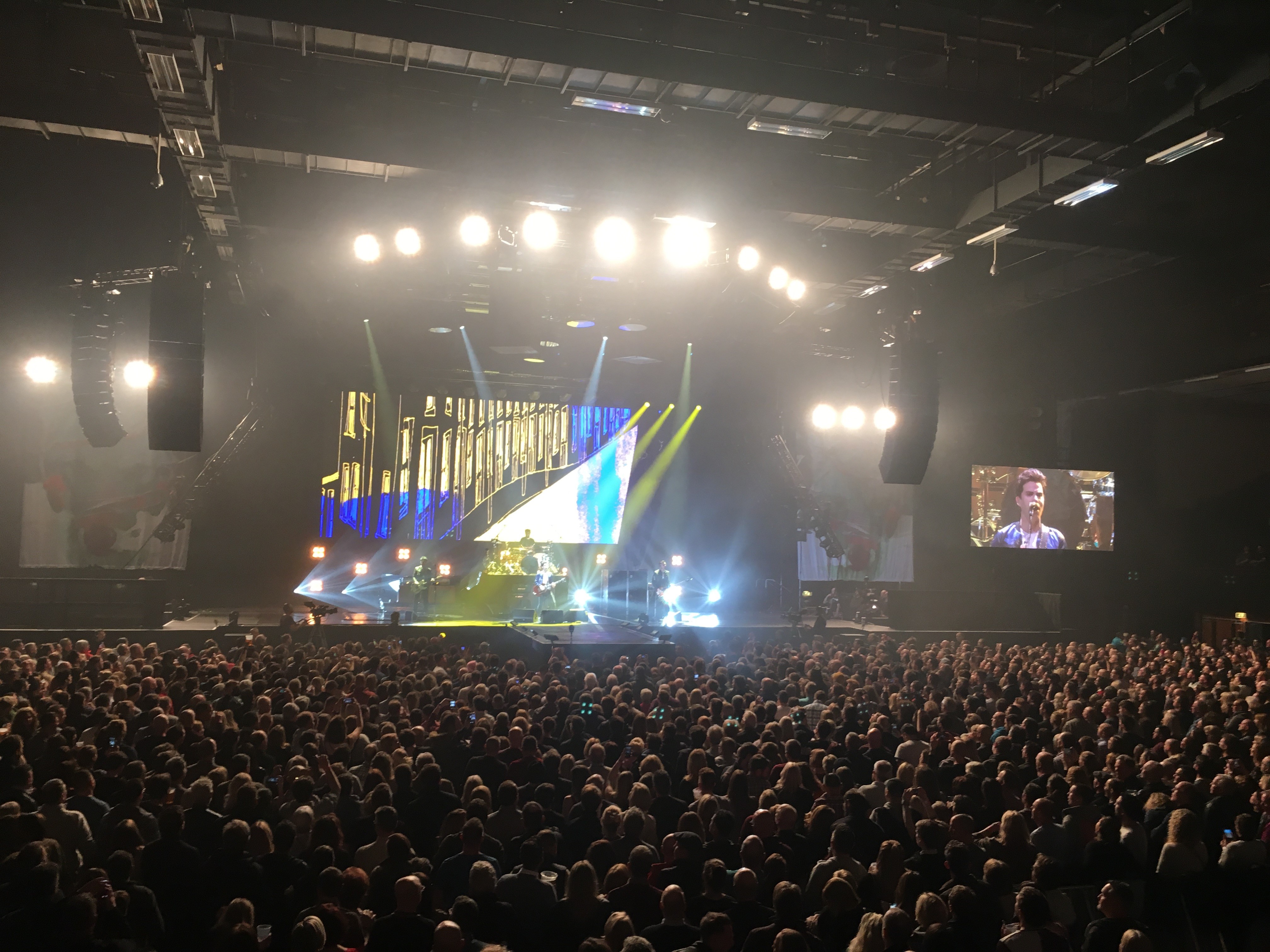 Without a record contract for seven years and recording under their own label until signing with Parlophone last year, the stalwarts of the Indie rock scene still carry amazing pulling-power, headlining festivals and selling out large arenas wherever they tour.

Tonight they played a marathon two-and-a-quarter hour set to an eclectic and somewhat middle-aged crowd. The band opened with an energetic version of ‘Chances Are’ from ‘Scream Above the Sounds’ their latest album which reached No 2 in the UK charts. This track, along with several others from that album played tonight, demonstrates how the band are still writing songs at the top of their game. It also saw singer Jones surrounded by a red projected light-box on a stage extension that jutted out into the crowd, also providing a decent visual spectacle. 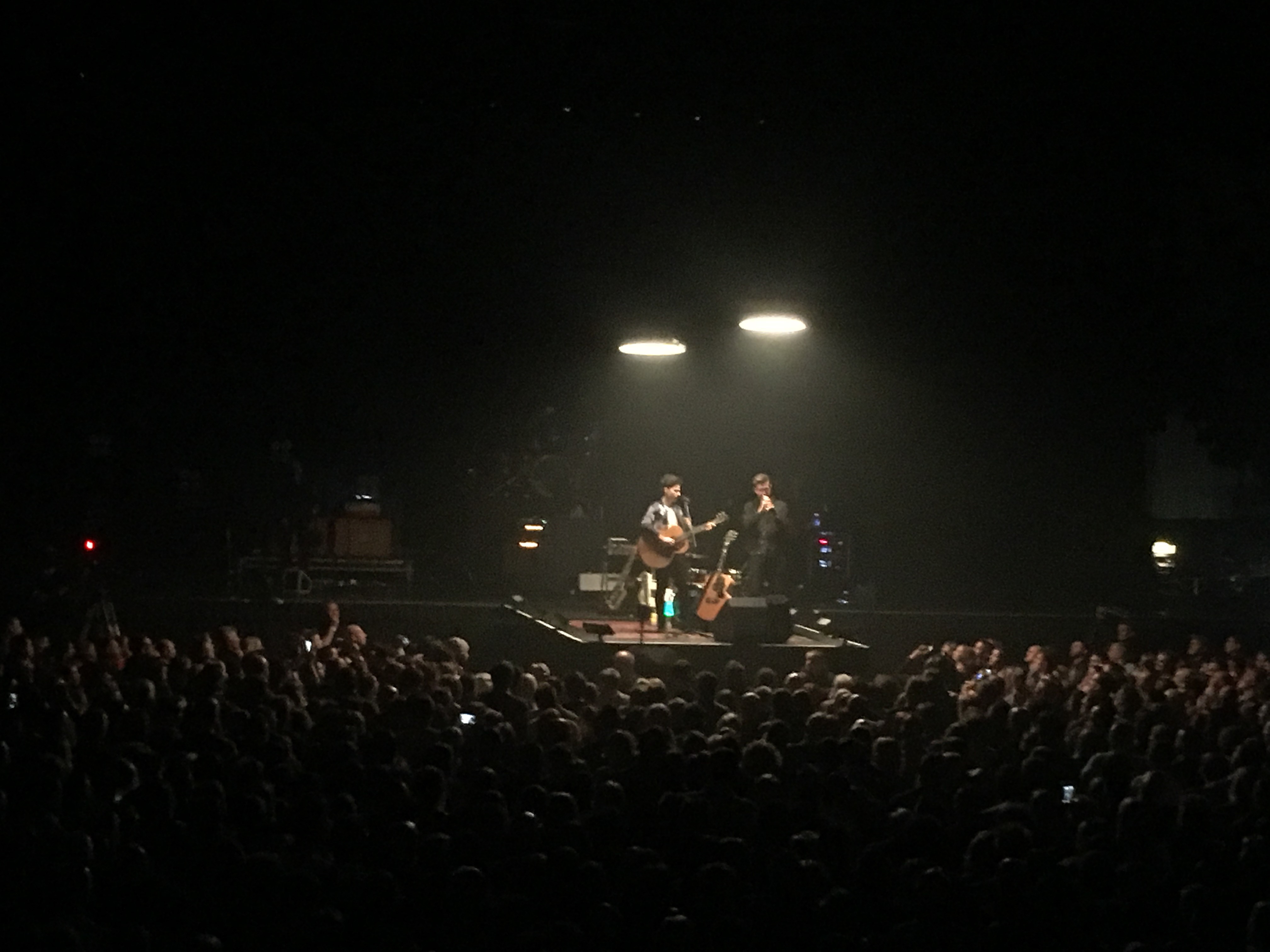 This was a decent opening to the set, which featured a host of favourites as well as some more left-field choices including a couple of bluesy numbers.

‘More life in a Tramp’s Vest’ was accompanied by evocative footage of the band in their younger days with longer hair. ‘Maybe Tomorrow’ (with an acoustic opening from Jones) saw a number of people reaching for their phone’s torches to wave them in the air. Other old favourites performed with aplomb included ‘Just Looking’, ‘I Wouldn’t Believe Your Radio’ and ‘Mr Writer’.

My personal favourite ‘phonics track, the usually-rousing ‘Bartender and the Thief’ was a little flat for my liking whereas their classic 2001 cover ‘Handbags and Gladrags’ sounded much better live and was a definite highlight.

Altogether this was a much more polished version of the band than the one I saw perform at the Dome back in August 2005. Tonight, they were able to seamlessly shift between genres, styles and tempo throughout the set. 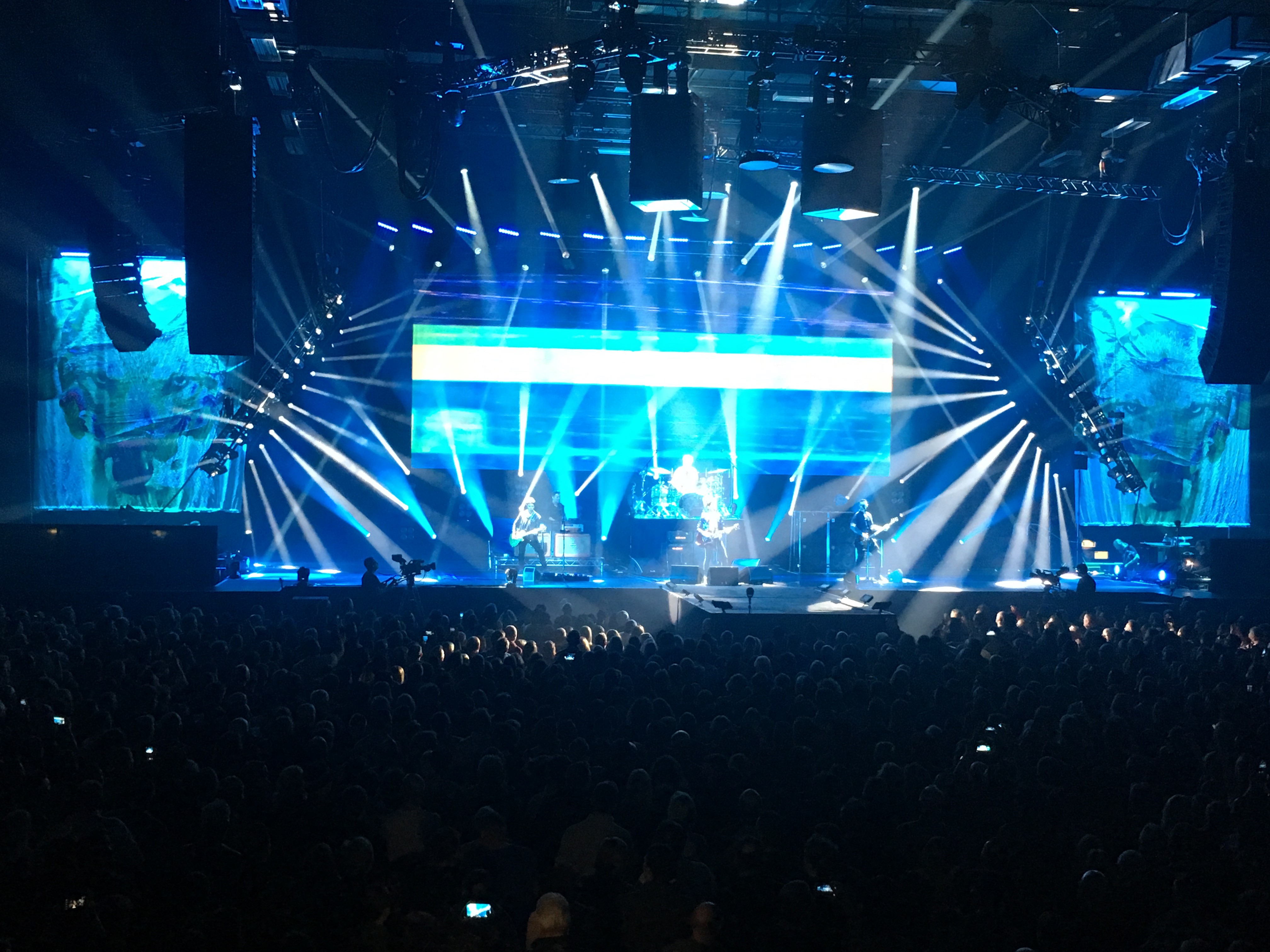 The three-track encore was very much a highlight of the night. It began with ‘Mr & Mrs Smith’, a slow burner until drummer Jamie Morrison arose from under the front of stage atop a drum kit to give us an energetic, virtuoso drumming performance to finish the track which the crowd lapped up. Superb!

‘Taken a Tumble’, the penultimate track was another from ‘Scream above the Sounds’ and captures the archetypal Stereophonics sound perfectly.

The night ended with a scorching version of their first UK no 1 hit ‘Dakota’, released 13 years ago almost to the day. The set, although long and dare I say a little self-indulgent and slow in places ended on the highest possible note and sent fans home happy and with a warm glow to take into the bitingly-cold snowy night.

Setlist: Chances Are, Caught By The Wind, C’est La Vie, More Life in a Tramp’s Vest, I Wanna Get Lost With You, Have a Nice Day, All In One Night, Superman, Geronimo, Maybe Tomorrow, I Wouldn’t Believe Your Radio, Been Caught Cheating, Handbags and Gladrags, Boy on a Bike, Mr Writer, What’s All the Fuss About, Indian Summer, Graffiti on the Train, Just Looking, Traffic, Local Boy in the Photograph, A Thousand Trees, The Bartender and the Thief. Encore: Mr and Mrs Smith, Taken a Tumble, Dakota. 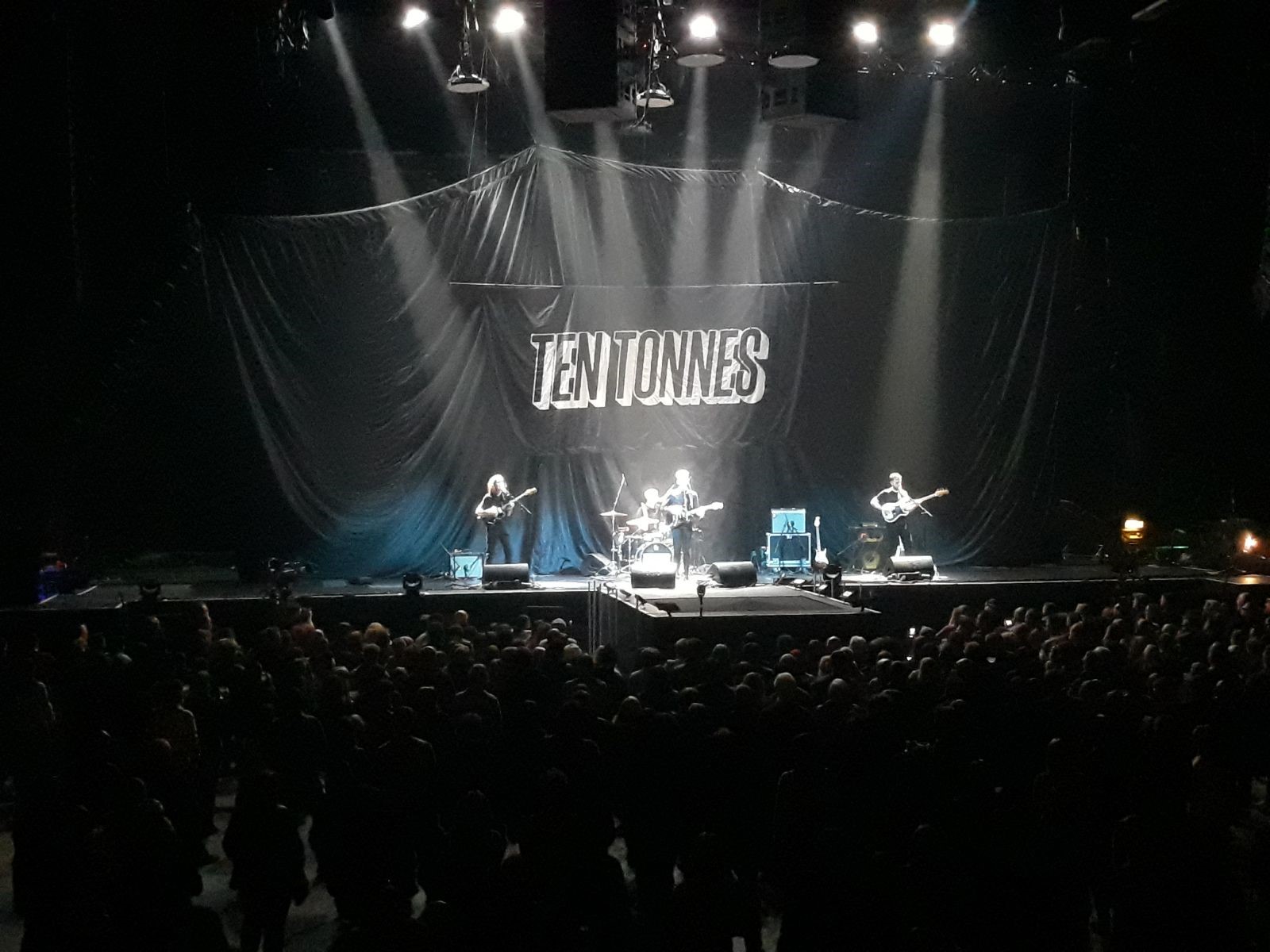 Prior to the main band taking the stage, those who arrived early were treated to a 45 minute set of very catchy 3 minute (‘ish) indie-pop rock tunes from Ten Tonnes and his band aka Ethan Barnett, a highly talented 19-year-old singer-songwriter and self-taught guitarist with a powerful voice and a stage charisma that belied his tender years. I’m sure we’ll be hearing a lot more from him and his music is well worth checking out.