Sweet Facility EP release goes down a storm in Brighton 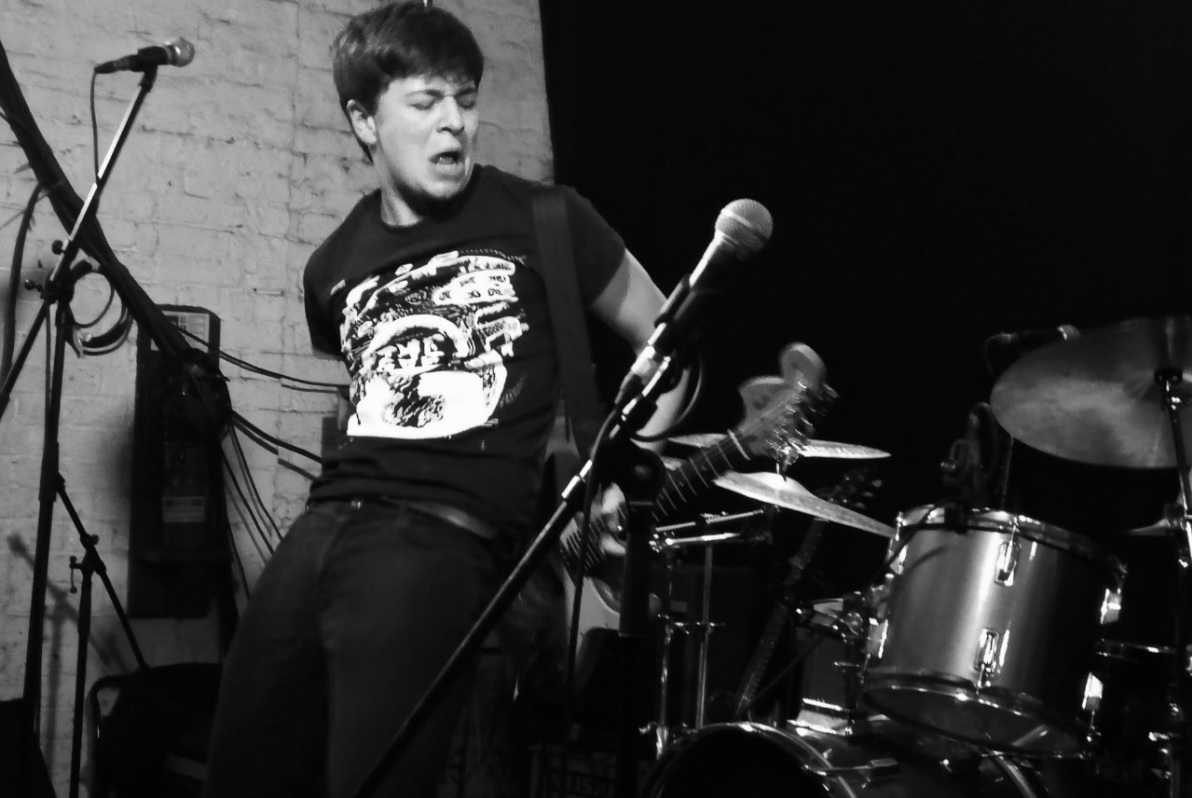 Attention Jimi Hendrix and Led Zeppelin fans! There’s a new band on the block that you seriously need to check out – they are Brighton’s very own Sweet Facility.

Don’t believe me? Well, I would suggest that you head on down to the Prince Albert in Brighton on Monday 16th April from 8pm and see for yourself – details HERE. 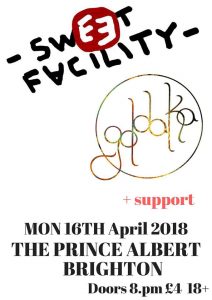 The next Sweet Facility gig

Sweet Facility are just three lads (Luka Glisovic -vocals/bass, Matt Willis -guitar and Torin Moore -drums) who have only been on the music scene since the summer of 2017, and they specialise in the modernization of an older sound from the likes of The Jimi Hendrix Experience, Led Zeppelin, Red Hot Chilli Peppers and The John Mayer Trio. 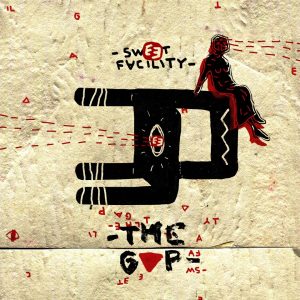 The new EP by Sweet Facility – ‘The Gap’

They have performed over 40 shows and have collaborated with many influential creators and on Tuesday 3rd April at the Green Door Store in Brighton, the guys presented their brand new debut EP titled ‘The Gap’.

The stripped back combo allows for a refreshing display of musicality within a well rounded band. Their ten track set tonight, went down a storm with the excited punters present. Obviously half of the songs were culled from the brand new ‘The Gap’ EP. The first from the EP to be played was the somewhat bluesy ‘My One’ with it’s Eric Clapton influences going on. This had followed a track who’s influences must have included Jamiroquai, judging by the sound of it. 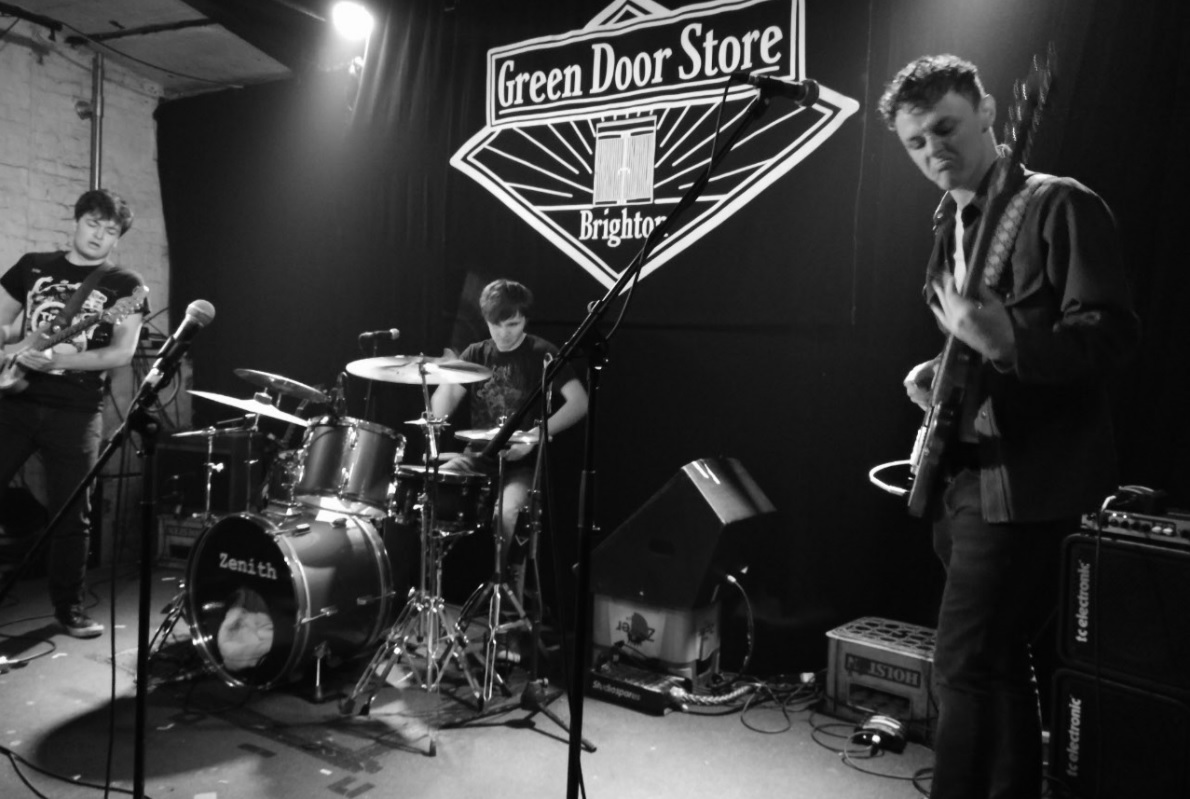 The boys were willing to take a punt on playing a track that they had only supposedly written the day before. Its working title is ‘Baby Barbarella’ and it was very proficient. I can’t see how they managed to make it sound that great in just one day. Were they pulling the wool over our eyes or are they really that good? Probably the latter based on their set.

After ‘Baby Barbarella’ they performed the four remaining tracks from the EP ‘Celebrate The Day’, ‘Betty’ (with an extended jam intro not on the disc), ‘Save Me’ and ‘Sweet Temptation’.

‘Sweet Temptation’ being the real deal of their set as this is the song that Matt played his guitar with his teeth etc – impressive stuff. The audience wouldn’t let them go, but they had played all of their songs, so an impromptu plan b was to revert to a cover version of a song that some of you might know, it’s called ‘Voodoo Child’. 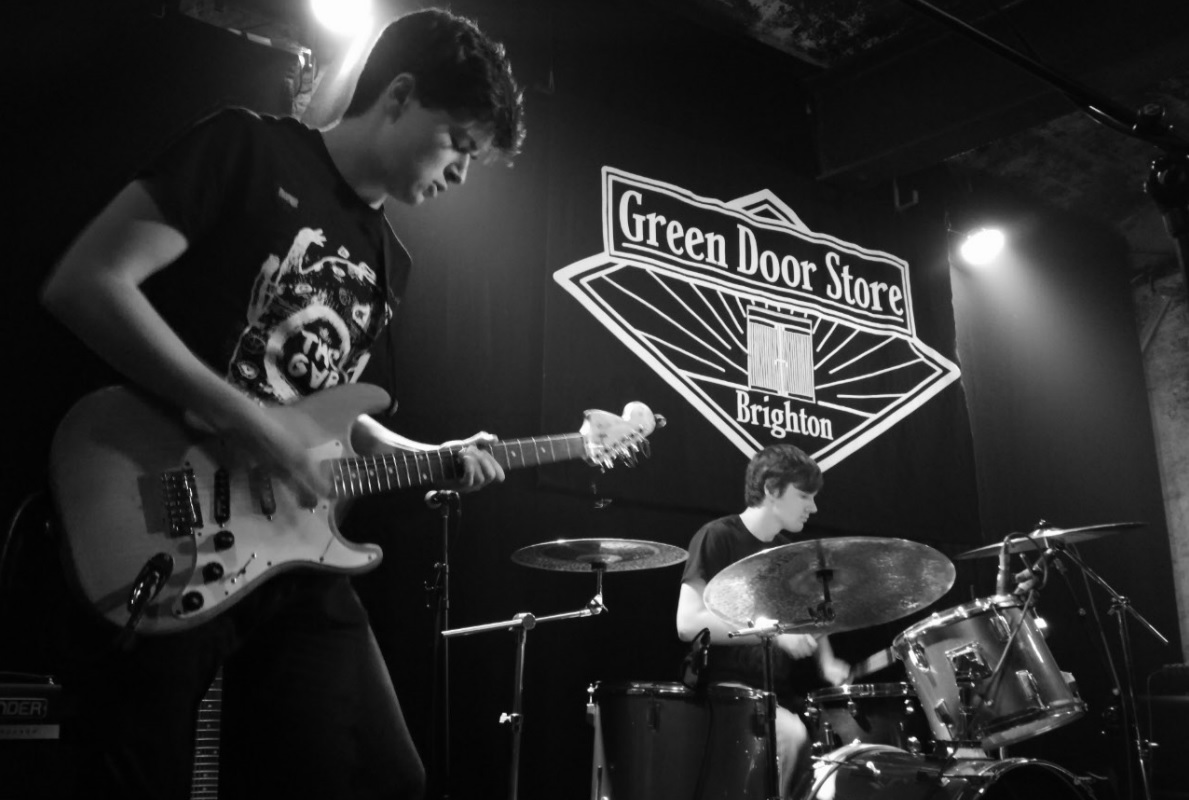 There were three other bands performing on the night, they were Stone Cold Fiction, Sal Paradise and Arriver. 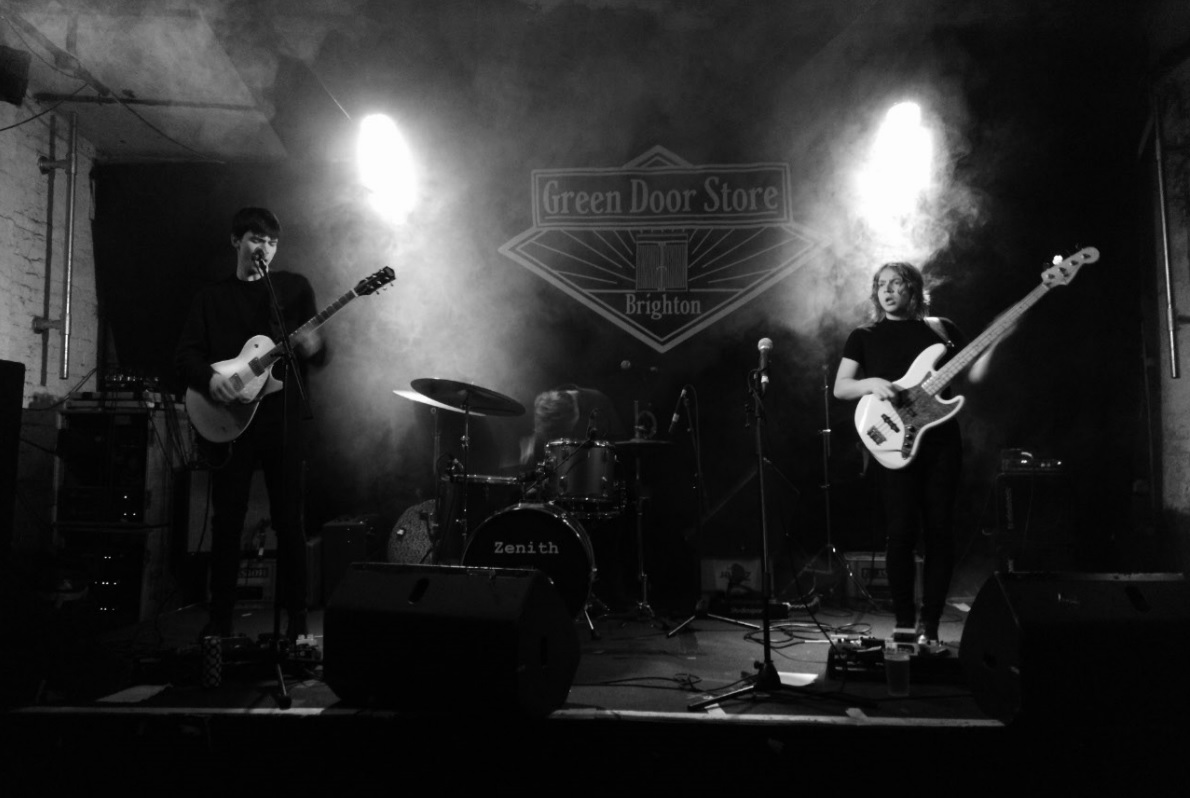 Stone Cold Fiction are a loud heavy rock trio made up of Stephen, Matt and Alex and I think they are originally from the Bath area but are now possibly based in Brighton. They formed in 2015 and have quickly made a name for themselves by delivering a unique blend of thick, riff-infused guitar music in their trademark Psych-Rock fashion.

The band linked up tours tonight as they are on their own 5-date April tour around the country and tonight was their Brighton leg, after playing London the night before. They are heading off to Bristol, Manchester and Newcastle next.

These lads are also no doubt fans of the late great Jimi Hendrix, judging by tonight’s set. In fact, they managed to kill one of their amps and had to borrow one from one of the other acts – rock’n’roll eh? 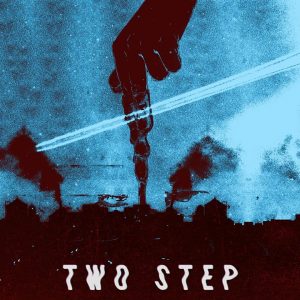 Stone Cold Fiction also performed a brand new unreleased track as part of their set, but this one didn’t even have a name yet. Their final track however does have a name as it is their brand new single released 5th April called ‘Two Step’. 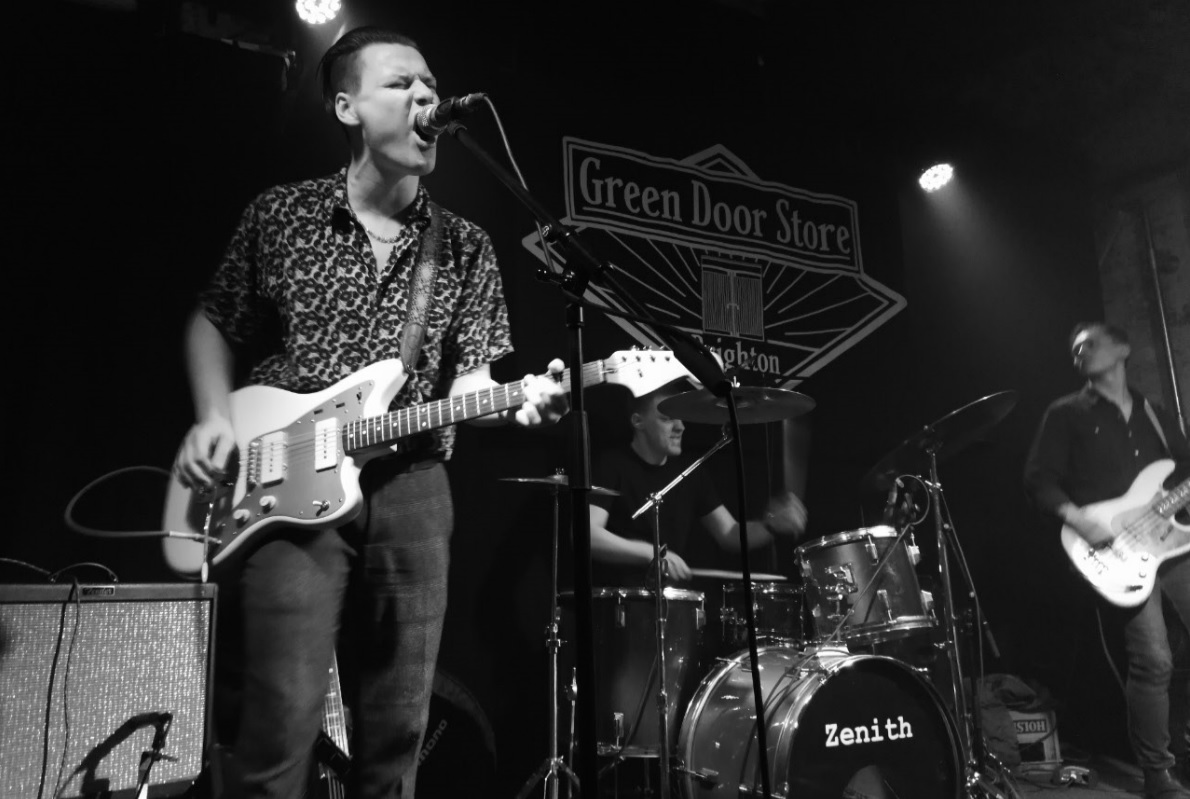 Sal Paradise are a truly exciting alt-rock 4-piece based in Brighton. They are not to be confused with several other acts of the same name as these boys are ours.

They got the band title after the name of the narrator (Sal Paradise) in the 1957 postwar beat and counterculture novel by Jack Kerouac called ‘On The Road’, which is set against a backdrop of jazz, poetry, and drug use. 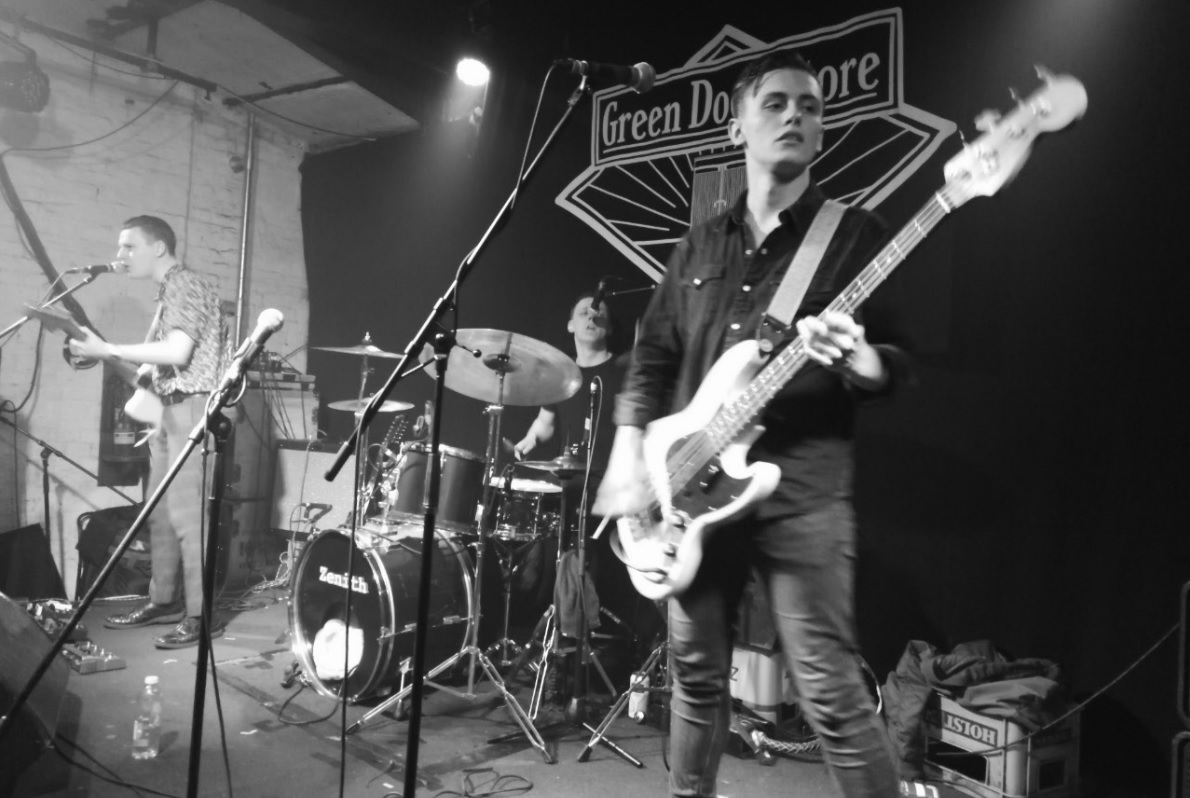 The band members are Robson Hawkins, Ed Fair, Gianluca Abbondandolo and George Preston and they have recently released their ‘Shot In The Dark’ single. However this evening there was a 25% reduction in band members as one of them was unavailable. 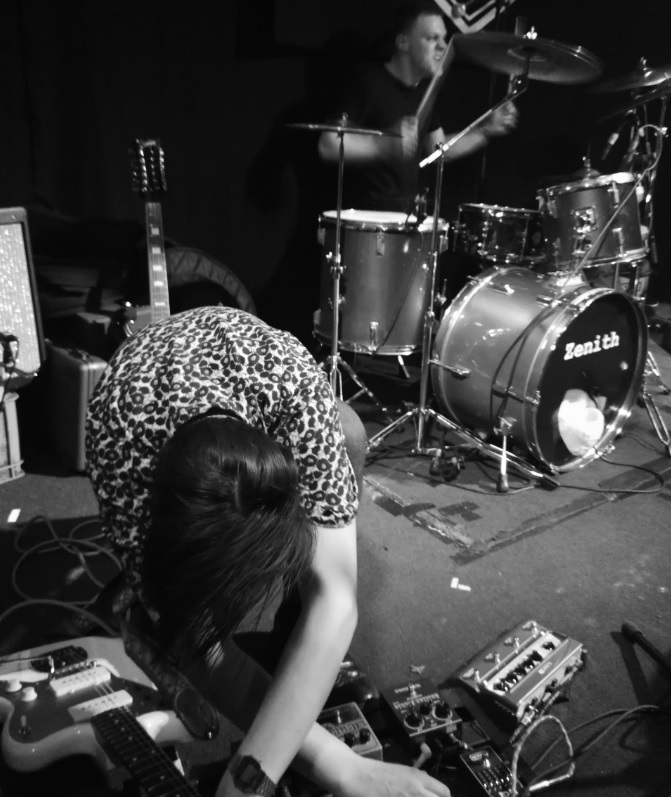 Sal Paradise cranking up the distortion!

If the Arctic Monkeys are your bag, then look no further than Sal Paradise. This evening the guys had everything going for them, bags of attitude, superb echoey vocals, James Dean/Paul Simonon/early Kirk Brandon looks, a new single out and adoring fans! The world of the Brighton branch of Sal Paradise is very rosy indeed. 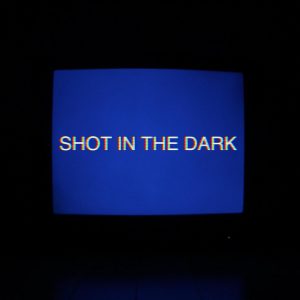 ‘Shot In The Dark’ – the new release by Sal Paradise

Tonight their set was loud, proud and full of energy. I can see these dudes going far with the right promotion/manager behind them. They performed a brand new track called ‘Fever’ and for me the standout track of their set and quite possibly the whole night was ‘One Shape Or Another’, although their finale did have elements of The Fall’s ‘Totally Wired’ drumming in it. 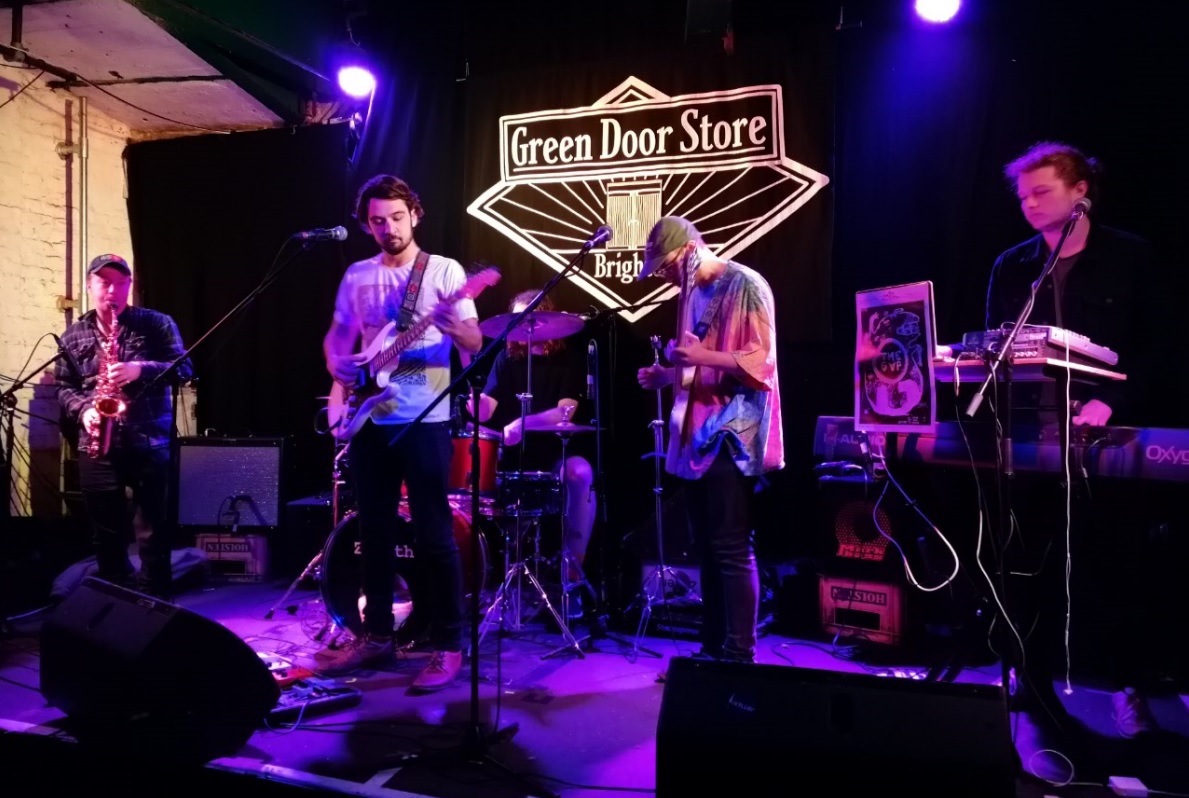 Arriver were first up tonight and they are an accomplished 5-piece alt-rock act with an easy blend of blues, psychedelia and jazz vibes. Their personnel is made up of George, Iwan, Ben, Sam and Milo, who play drums, keyboards, guitar and bass.

I would describe them as being in the vein of Tom Petty or Steely Dan with modern funk twist, but their final track had definitely strayed into Red Hot Chili Peppers territory. These guys were showing off their musicianship and having fun along the way. Standout track tonight was ‘Dinosaur Bones’.