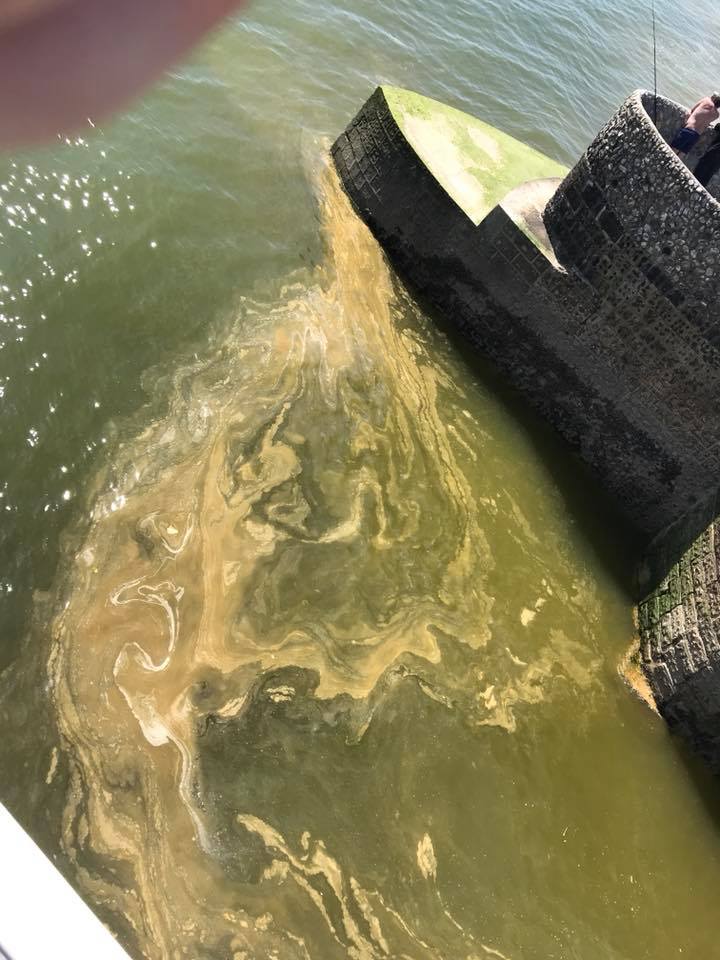 Swimmers and daytrippers alarmed by the sight of a smelly sludge floating on the waves along Brighton beach have been reassured that it’s just harmless algal bloom.

A picture of a pale brown slick taken from Brighton Pier taken by tourist Daniel Wheeler has spread far and wide on Facebook – but both Southern Water and Brighton and Hove City Council say they are confident it is just the natural phenomenon of algae reproducing when the seas become warmer.

A spokeswoman for Southern Water said: “We’ve checked all our pipes and equipment and everything is working normally. We’re continuing to work with businesses on and around the pier to ensure there are no misconnections.

“What was seen in the sea by Brighton Pier yesterday was an algal bloom – a naturally occurring algae that looks and smells pretty unpleasant but is, for the most part, harmless and not a sewage spill.

“We urge anyone who spots a potential pollution to contact us and report it, as we will always investigate any potential incidents.”

“It’s a natural phenomenon that happens when the sea starts to warm up and tiny creatures called algae start reproducing. The algal bloom is nothing to worry about as it is harmless.

“The algal bloom ‘season’ lasts about four weeks and then disappears again.

“If you’re concerned about something that you find on the beach please call the seafront office on 01273 292716.”