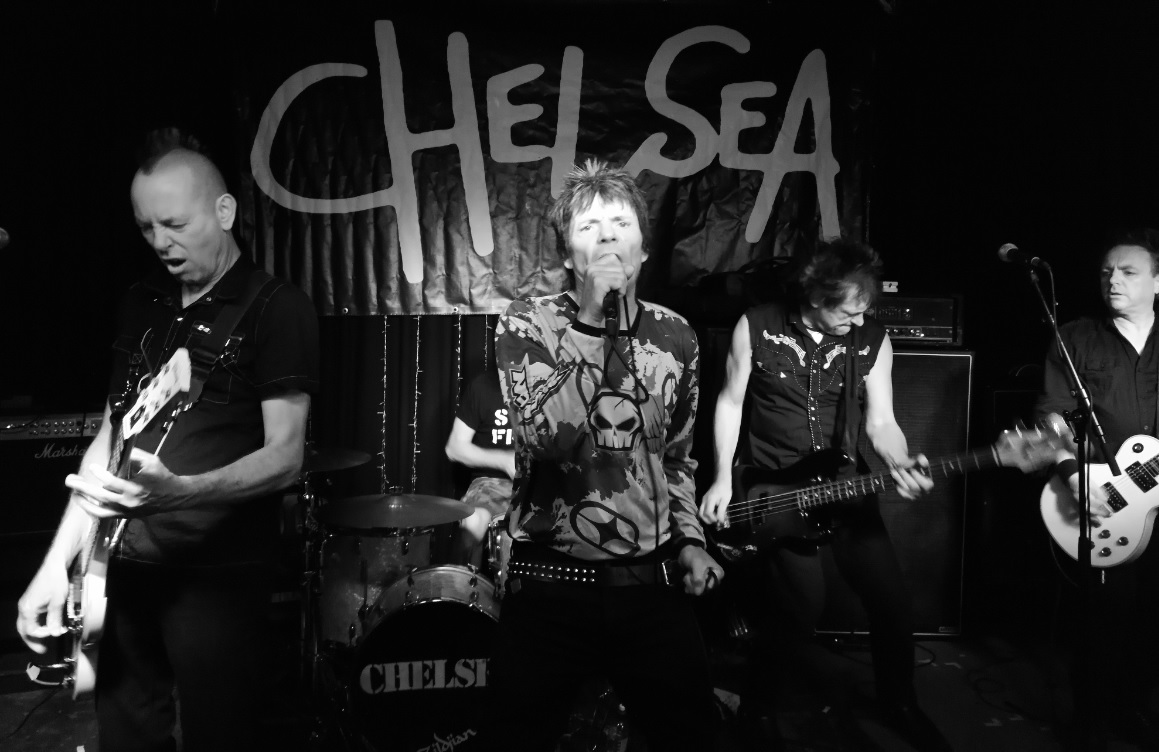 Punk stalwarts Chelsea were back at the Prince Albert in Brighton on Friday 13th July. I was wondering if the date would curse the event, but this certainly was NOT the case.

Chelsea were touring in support of their current 15 track album ‘Mission Impossible’. The new tuneful punk album has been favourably received around these here parts. I purchased a copy for myself on the day that it came out and it’s a damn good album indeed. Certainly not resting on their laurels with this one. 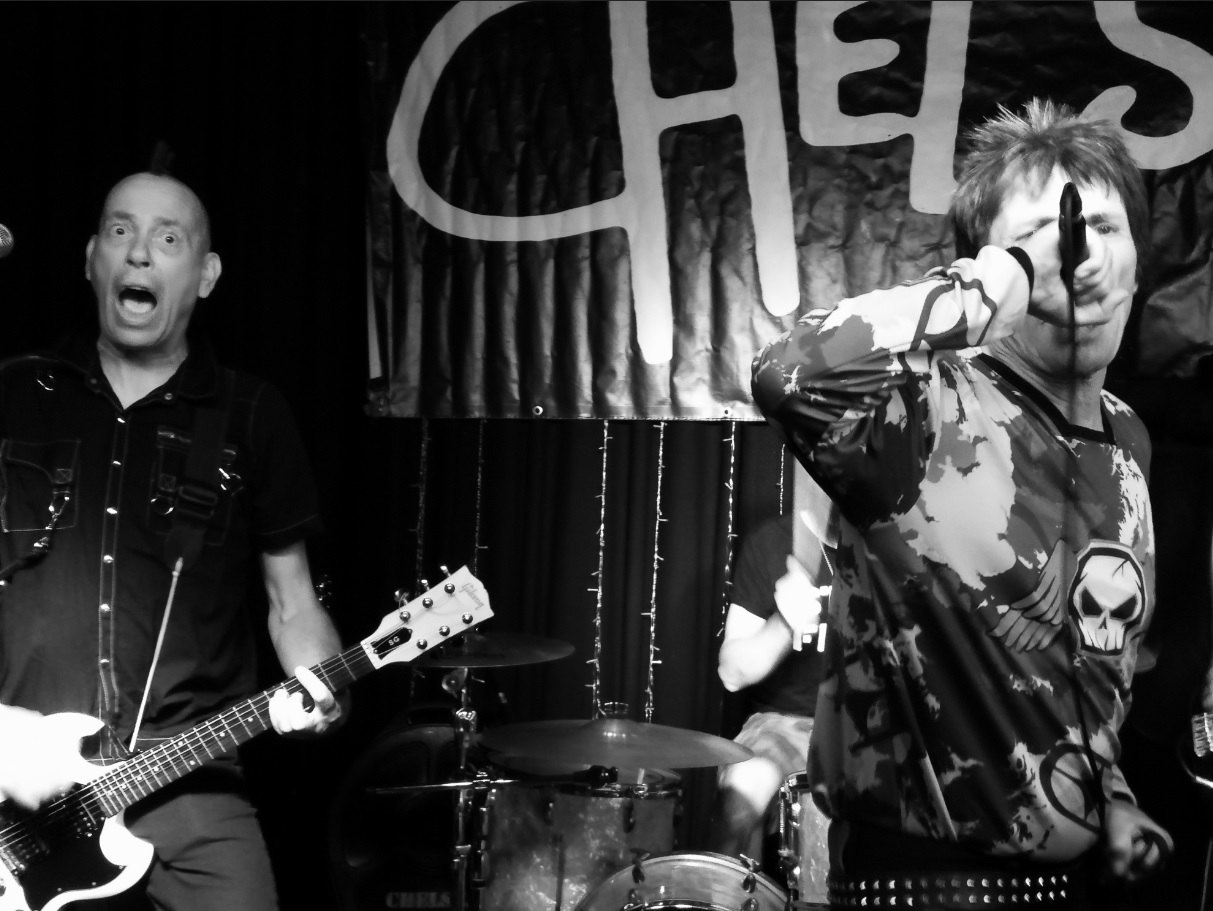 ‘Mission Impossible’ draws inevitable comparisons to the likes of the UK Subs and The Buzzcocks and yet it stays true to the Chelsea style. It’s rather refreshing to hear an album of new material from a band that has been on the scene for an amazing 42 years! Gene October and the boys are certainly showing no signs of slowing down with their quality of output. 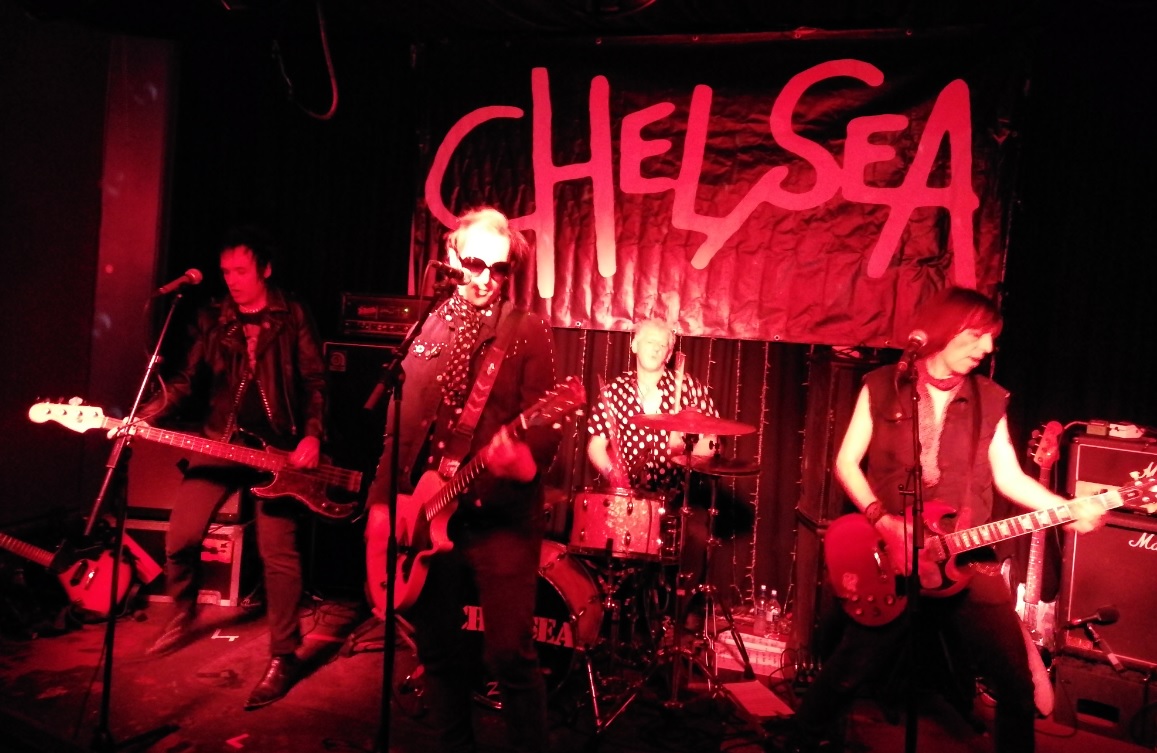 The DeRellas live at the Prince Albert, Brighton 13.7.18

The Prince Albert gig was kicked of by The DeRellas, who are based in London by all accounts. Strangely I have somehow managed to not have seen live before. Although I did recently see band member Luca performing in the wonderfully eccentric Spizzenergi band. I love Spizz, he just doesn’t care!

The other members of The DeRellas are Joey DeRella (vocals/rhythm guitar), Timmy DeRella (bass/backing vocals), Billy Chaos (drums) and the aforementioned Luca DeRella (lead guitar/backing vocals) and they played ten songs in their set, which were:
‘Got Something To Say’, ‘Strung Out Sin City’, the two Generation X sounding songs ‘She’s A Pistol’, and ‘Kids Wanna Slam’, the Sex Pistol-esque ‘Soho Hotel’, ‘Freak Show’, ‘Don’t Go’, ‘Rip It Up’, ‘High Rise Supersize’ and ‘Looking For You’. 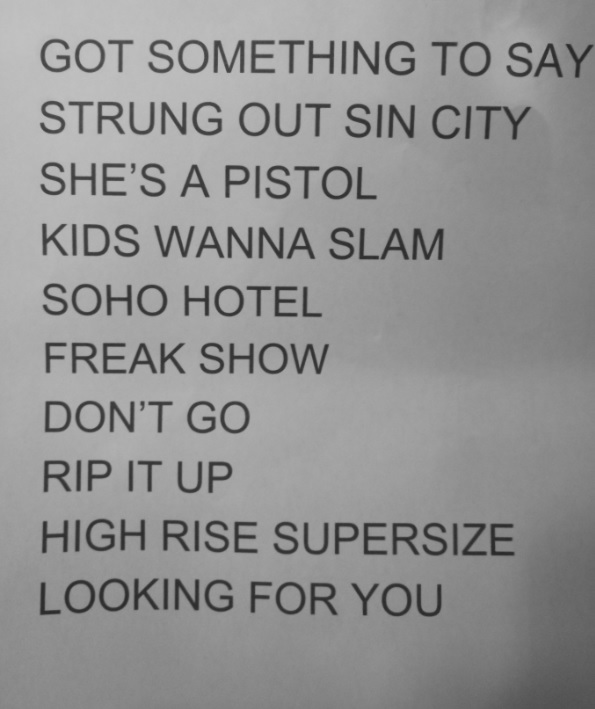 The DeRellas setlist from their Prince Albert gig

The DeRellas could almost be described as a cartoon punk band, with the way they look and pose around the stage. Their sound is littered with familiar punk riffs, just as Sigue Sigue Sputnik used to. In fact at one stage, you could almost be excused in thinking that you were actually listening of their cover of The Ramones ‘Do You Remember Rock ‘N’ Roll Radio?’. Their current single ‘High Rise Supersize’ which was released in April, was a highlight of their set and so this is very encouraging indeed. There’s almost Oasis tendencies in there, but in the main if you are fans of glam punk such as Cleveland Ohio’s Dead Boys or Michigan’s finest sons The Stooges or New York City’s Johnny Thunders & The Heartbreakers or even the New York Dolls, then The DeRellas are for you!

I’m pleased to be able to see them soon as the guys will be at The Con Club in Lewes with Slaughter & The Dogs on 12th August. Book your tickets HERE. 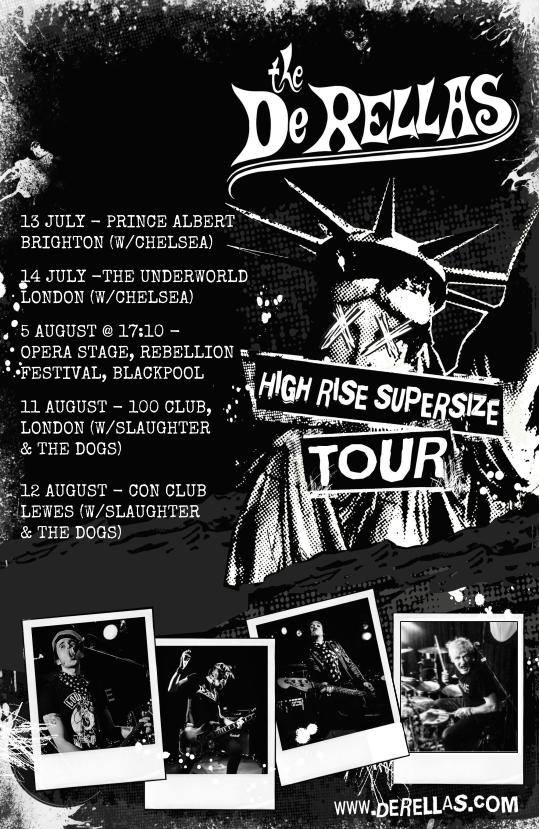 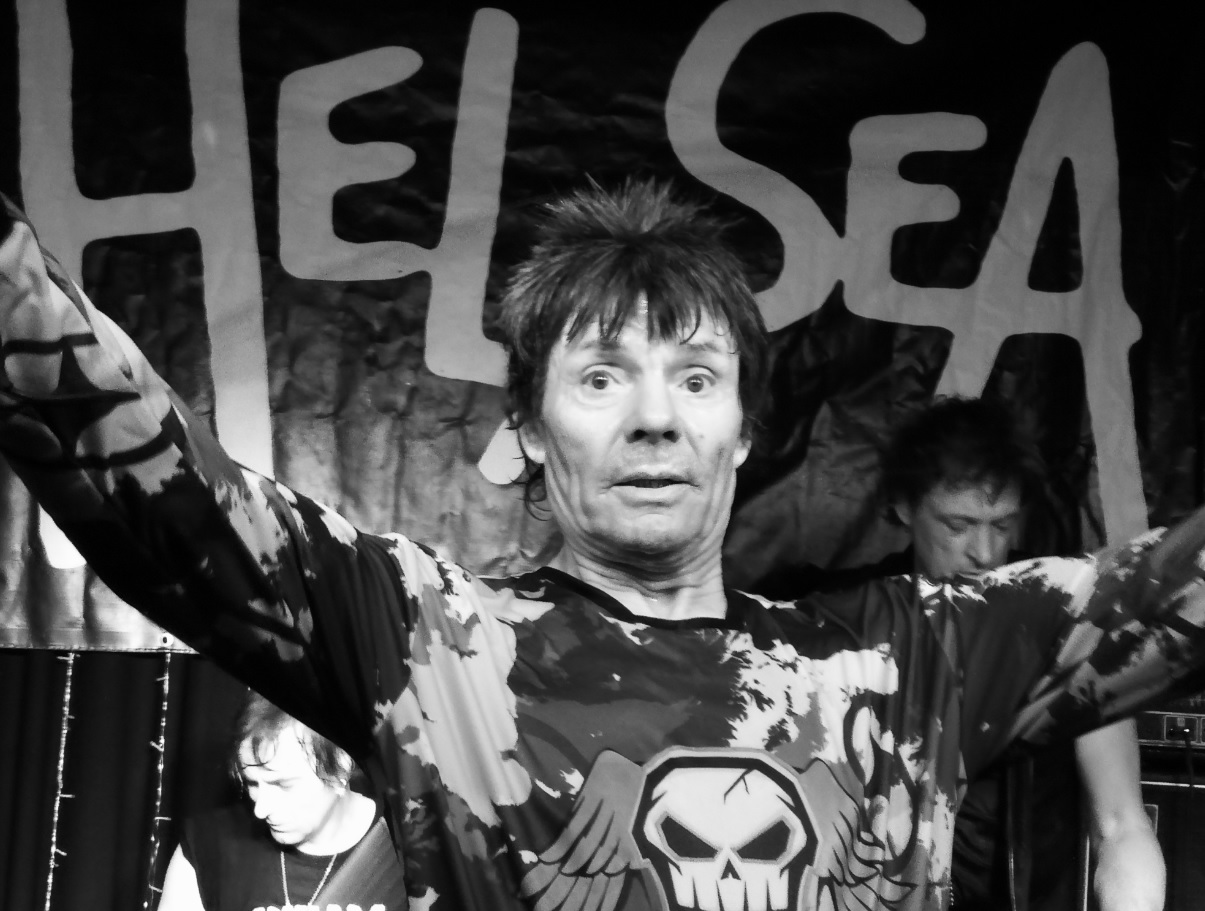 Now onto Chelsea….Back in the 1970’s, the Iggy Pop/Jagger-esque Chelsea founder and singer Gene October placed an ad in Melody Maker inviting musicians to form a punk band. Gene sure had an eye for talent as he recruited Billy Idol, Tony James and John Towe, who shortly after became Generation X without Gene – charming!. Billy went onto conquer the USA and Tony masterminded the brilliant Sigue Sigue Sputnik. 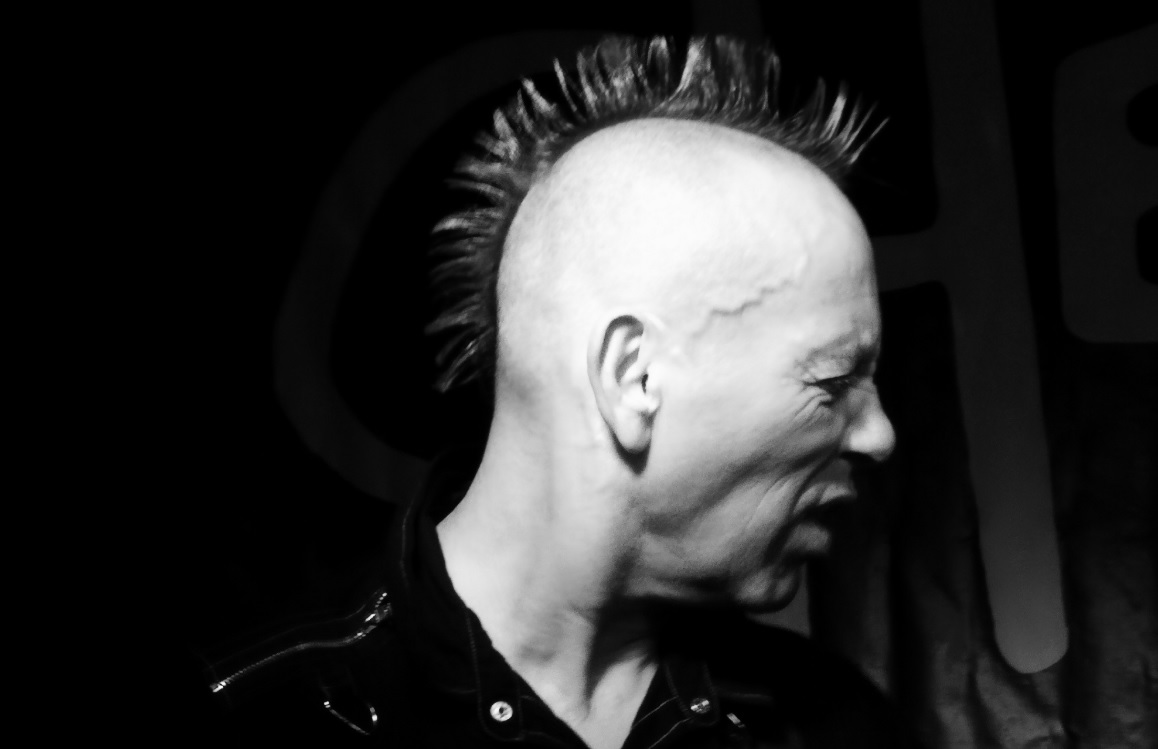 Nic from Chelsea live at the Prince Albert, Brighton 13.7.18

Over the years the Chelsea line-up has changed quite a bit, but I suppose that is to be expected of a band that have been going for 42 years! They recorded sessions for the John Peel show and Gene even starred alongside Adam Ant, Toyah and Siouxsie Sioux in Derek Jarman’s Jubilee film.

Chelsea’s admirable staying power has allowed the guys to release not one, not two but three anthology CD box sets! Impressive stuff! 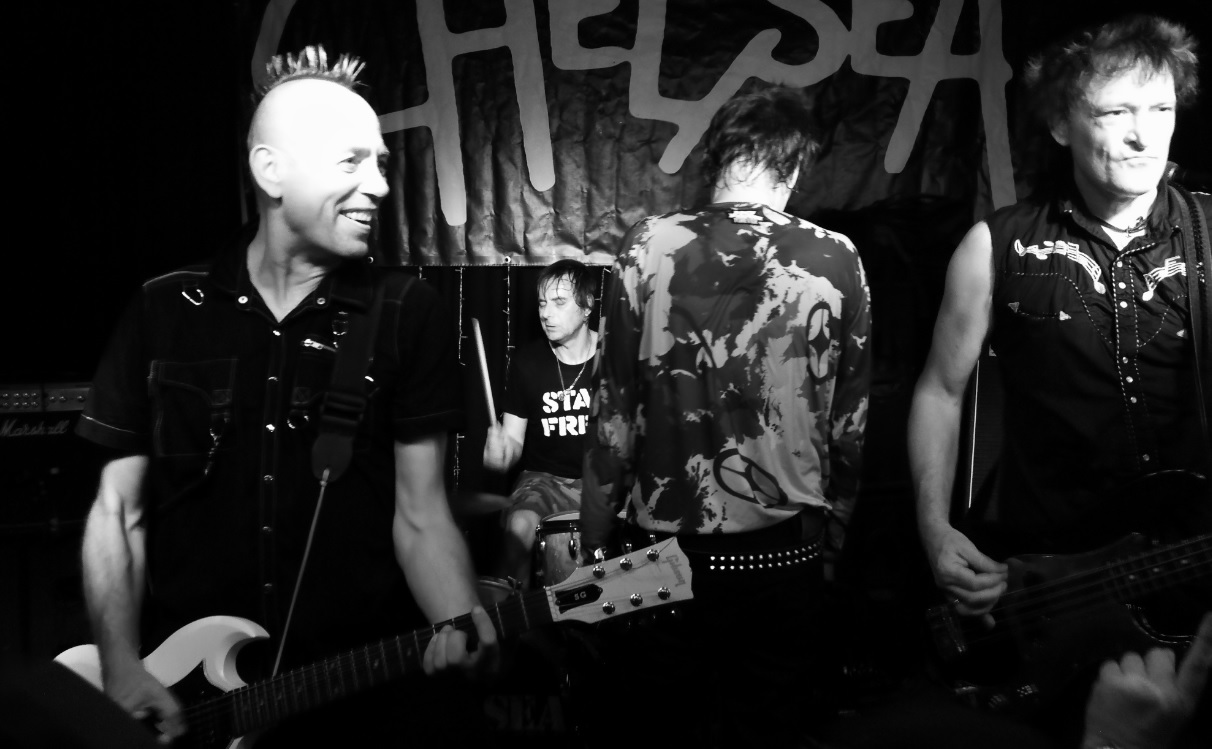 The current Chelsea line-up is a 5-piece outfit made up of singer Gene October (vocals), James Stevenson (guitar), Nic Austin (guitar), Mat Sargent (bass), and Steve Grainger (drums). As one would surmise, the lads are into nice’n’fast no-nonsense punk rock. They are really worth the money and still full of energy after all this time. A point reiterated by the fact that Nic somehow managed to cut charismatic frontman’s Gene hand with his axe (errr sorry guitar) whilst he was posing at the front. 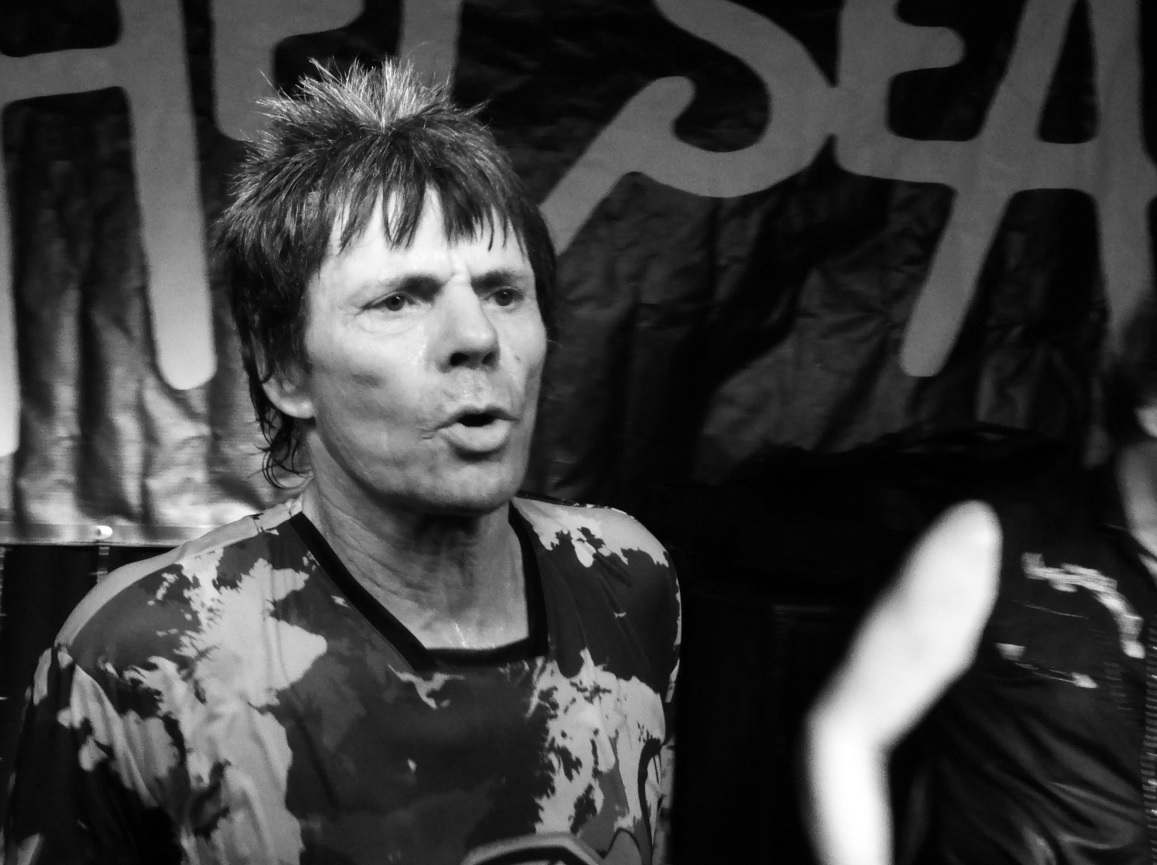 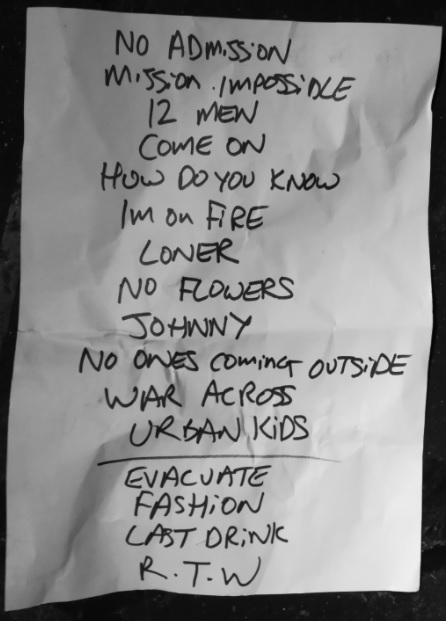 Overall, an enjoyable evening once again was had by all and sundry, even though ‘Fashion’ was dropped from their set – yes boys I noticed! Having said that, let’s hope that Chelsea play Brighton again very soon! 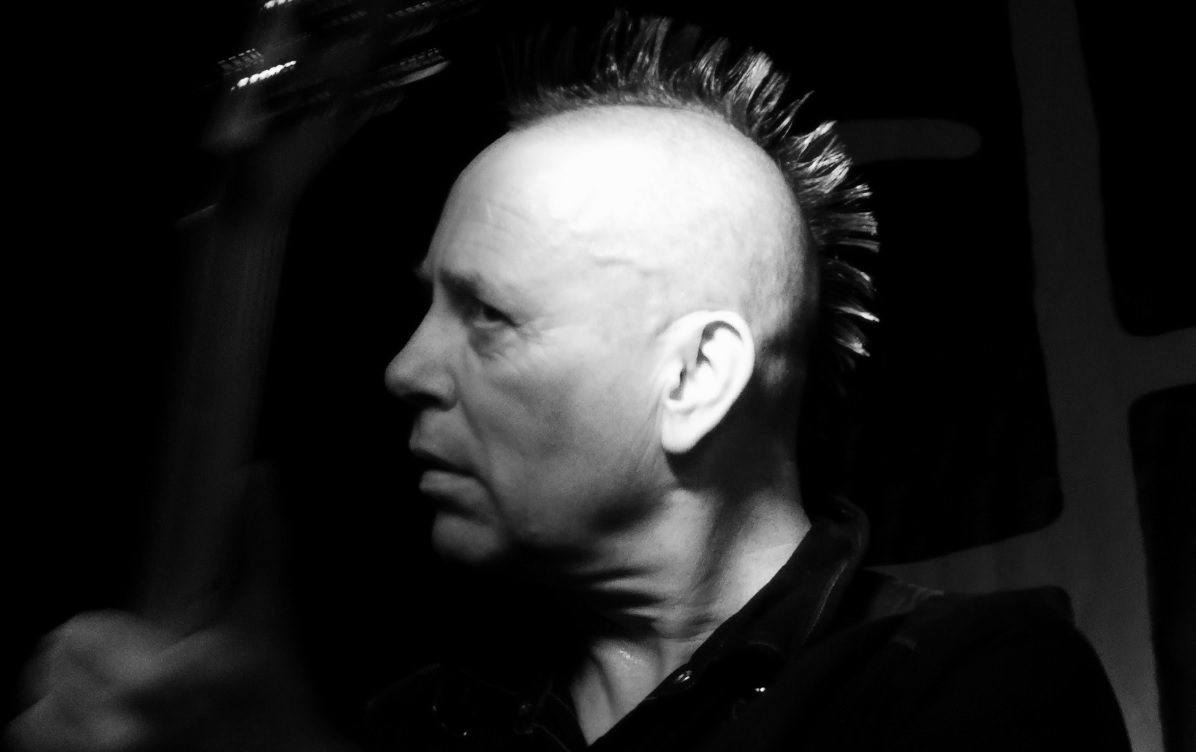 Nic from Chelsea live at the Prince Albert, Brighton 13.7.18

Further details on this iconic punk band can be found here: https://www.facebook.com/ChelseaPunkbandOfficial/ 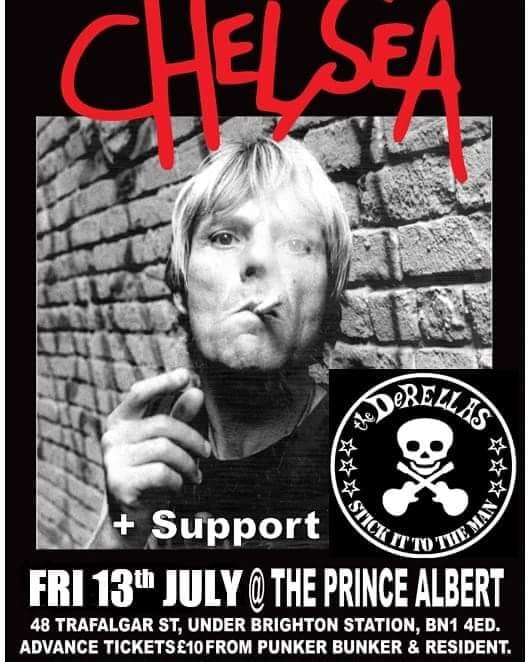 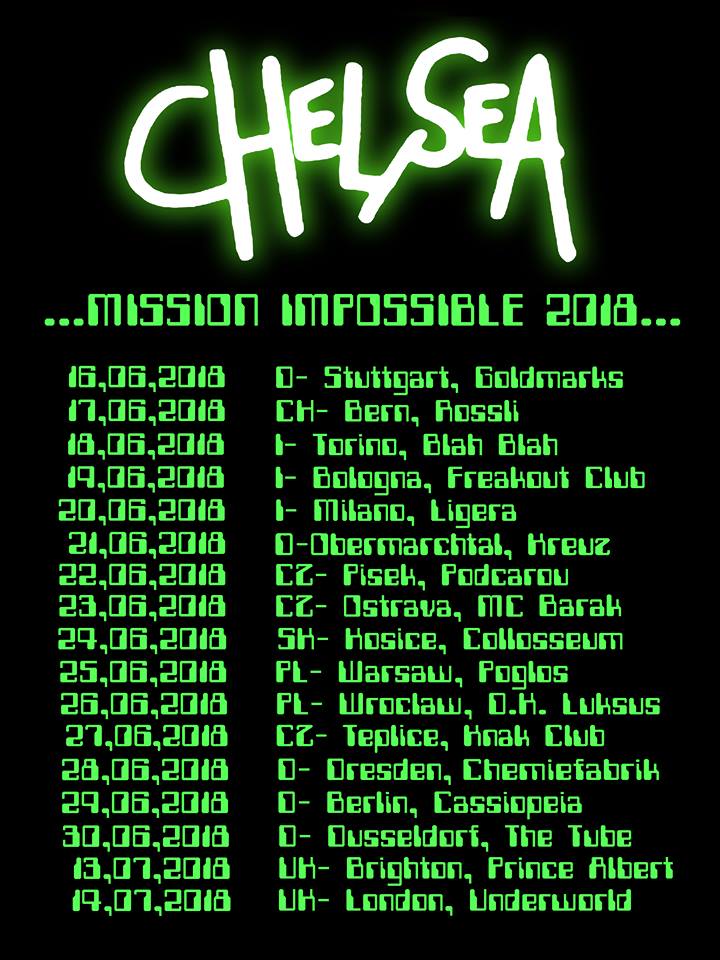 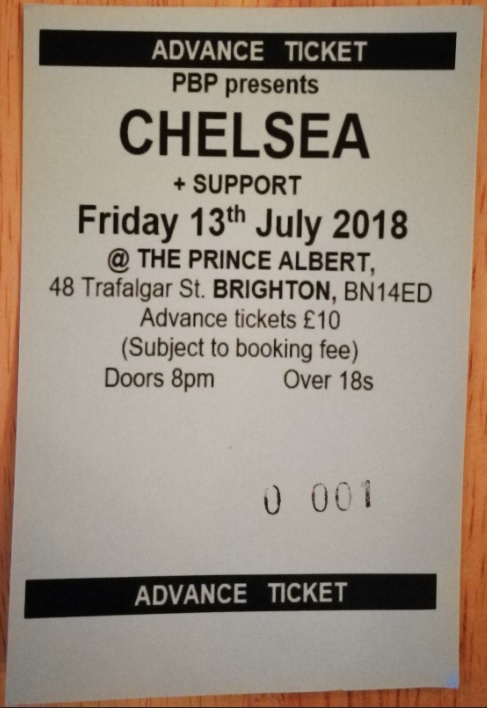 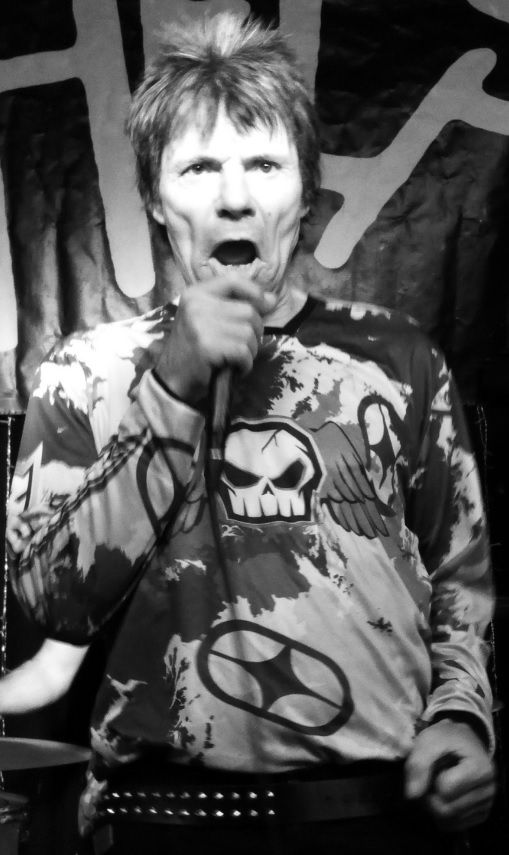 Gene October from Chelsea live at the Prince Albert, Brighton 13.7.18