Concerns about drinking culture have been raised as a catering company sought to sell alcohol in a Brighton office building.

NSK Foods, trading as Soul Deli, in the Regus Spaces building Mocatta House, in Trafalgar Place, applied for a licence to serve alcohol from 7am to 11pm seven days a week.

Soul Deli’s solicitor Michelle Hazlewood told a Brighton and Hove City Council licensing panel that providing alcohol on site would be the icing on the cake.

She said: “It is a modern work space, not traditional boxes. It is hugely popular in London where it’s a must-have for this type of facility.

“(Regus) Spaces have asked the client providing catering if they can apply for a licence providing alcohol as the icing on the cake.”

Alcohol would only be served earlier in the day during specialist business breakfast events and later at other events such as launches on the building’s sixth-floor terrace.

Labour councillor Jackie O’Quinn, who chaired the licensing panel, said: “The language – ‘icing on the cake’ – concerns me when we are trying to move away from saying alcohol is that.

“Saying it socially binds people. We are doing alcohol-free events.

“It did worry me a lot about how alcohol is seen in the workplace.”

Sandy Crowhurst, for the North Laine Community Association, told the panel that residents were concerned about the number of people being allowed to drink throughout the day in an area of concern.

Not only is the North Laine an area of concern to Sussex Police in terms of anti-social behaviour, it was also described as a high crime area. 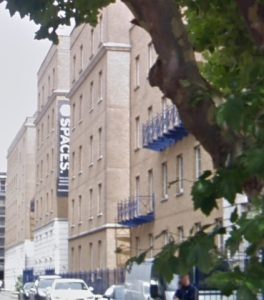 Peter Crowhurst, of Kensington Place, said that the area was “saturated” with licensed premises.

He said that there were 74 licensed premises between Trafalgar Street and Church Street.

He said: “Residents of the North Laine suffer from dispersal late at night.

“It doesn’t mean they don’t leave the premises quietly. It’s what happens when they get beyond and into the narrow streets.”

The applicant agreed during the panel hearing to reduce the hours when alcohol could be on sale and to other restrictions to where people could drink.

Should the licence be approved then alcohol would go on sale from noon to 9pm on weekdays.

Special breakfasts where alcohol is served would be restricted to ten a year, subject to giving Sussex Police 48 hours’ notice.

Weekend opening would be restricted to special events on Saturday afternoons only.

The applicant had also agreed to a request by Sussex Police to limit off-sales to within the building.

But during the panel hearing, the applicant agreed to no off-sales should the licence go ahead.

The panel’s decision is due to be made public within five working days.