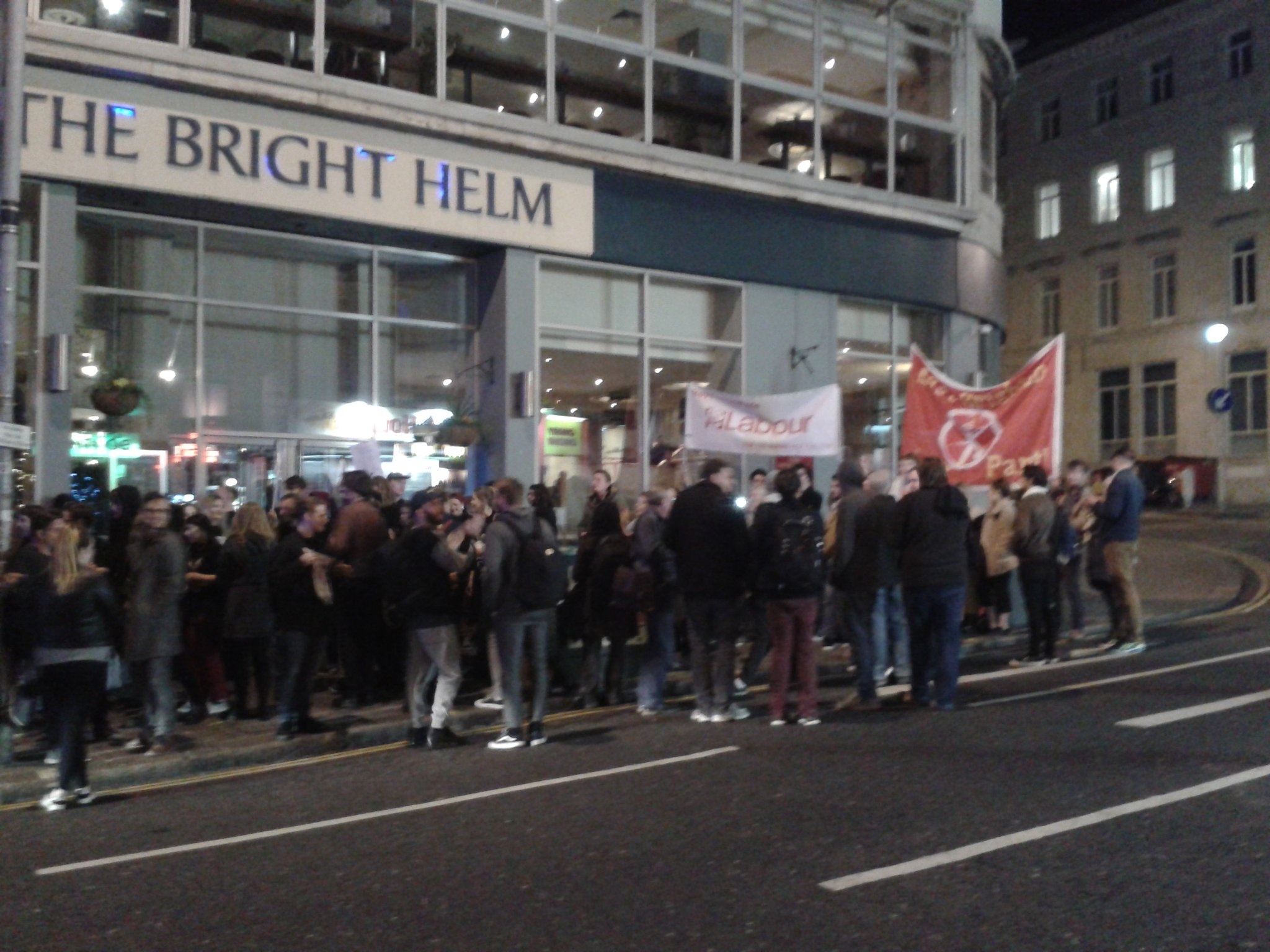 The strike is over pay and conditions, with members of the Bakers Union demanding £10 an hour and union recognition.

Last month, JD Wetherspoon said it would be giving younger staff a pay rise and pointed to a range of benefits, including share options, it offered employees – but this did not halt the strike.

The walkout, dubbed SpoonStrike, is taking place on the same day as UberEats workers, including some from Brighton, strike as part of a wider movement highlighting poor pay in thr hospitality industry.

Wetherspoon chairman Tim Martin said:“ Wetherspoon intends to increase pay in real terms in most years, subject to economic conditions, as we have tried to do in the past.

“Everyone in the pub and restaurant industry works very hard and the late and early hours are extremely demanding.

“The people who work in the business  are our most valuable asset.

“It is understandable that there is pressure on pay with low unemployment and a housing shortage.

“However, bonuses, free shares and other benefits should be taken into account in  assessing pay.

“ Wetherspoon is also a major taxpayer- about 43 per cent of the price of a pint or a meal goes in taxes, including VAT, excise duty, business rates, climate change levies and so on.

“Wetherspoon paid total taxes last year of £729 million –  nearly one thousandth of all government income . This equates to an average of £825,000 of taxes per pub (please see appendix 1 below).

“I don’t think it would benefit employees overall if, as some suggest, Wetherspoon ended bonuses, free shares and other benefits, and increased the basic rate of pay.

“ It’s easy to be cynical about business , but companies  like McDonalds, TGI Fridays and thousands of other individuals and businesses make a big contribution to the economy, and provide valuable work and experience for many people.”