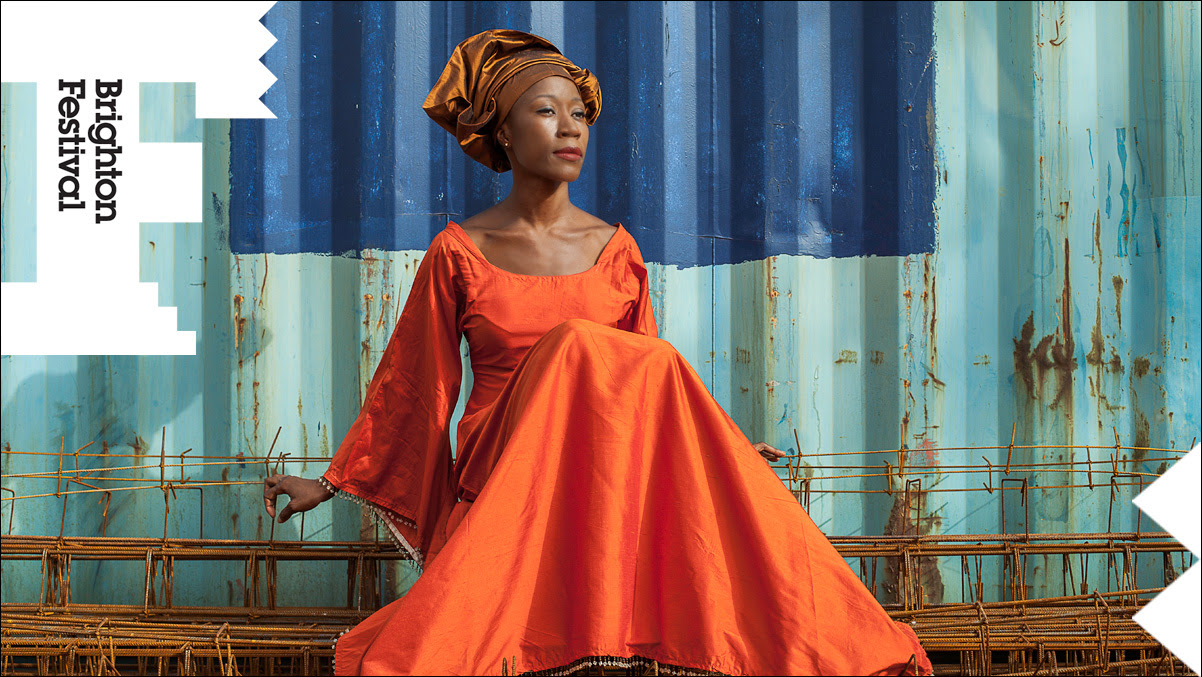 Malian musician Rokia Traoré will be the eleventh Brighton Festival guest director next year, and will bring the UK premiere of her musical monologue Dream Mandé Djata to the city.

Other highlights include the world premiere of a new choral work, Eye to Eye, written and created by theatre-maker Sheila Hill and True Copy, a new multimedia work from international theatre company BERLIN.

Rokia Traoré has been praised for how she combines Malian musical traditions with other African and European cultures, and her influences include Ella Fitzgerald, Billie Holiday and Louis Armstrong, to Wagner, Serge Gainsbourg, and the Rolling Stones and her frequent collaborations include Damon Albarn, Devendra Banhart and the Kronos Quartet.

She said: “I knew Brighton Festival and how well organised it is and being part of the team and exchanging ideas about which artists will be performing and why is an interesting experience for me.

“It is an opportunity to take the time to look at and to think about other artists’ work. These are circumstances you cannot usually create when you are working as an artist, but programming a festival is another experience – you do it from a different angle.

“I’m excited, curious and enthusiastic about the journey. There are lots of things to learn from the city and the audience and the Festival itself and it’s going to be a very exciting and rich few months spent together.”

“She is a remarkable artist who deserves to be recognised for the great breadth and range of her output – from her theatre work with Toni Morrison and Peter Sellars to her musical collaborations with Damon Albarn and the Kronos Quartet.

“She also has a great preparedness to think beyond her personal practice and engage with and comment upon the world around her – qualities which ideally suit her to the role of guest director. I look forward to the engaging, stimulating and eclectic Festival which I have no doubt she will inspire.”

Alongside exclusives, world and UK premieres from a wide range of international, national and local artists and companies, the festival programme will also feature appearances from some of Rokia’s favourite Malian artists and musicians including a selection of those backed by the Foundation Passerelle.

Other programme highlights revealed today include Brighton Festival Commission and world premiere of a new choral work about motherhood and childhood created by theatre-maker Sheila Hill, Eye to Eye, featuring an intergenerational chorus of women and children recruited by Glyndebourne and featuring Glyndebourne Youth Opera; and a new commission, True Copy, based on the story of legendary Dutch painter and art forger Geert Jan Jansen by BERLIN, the international theatre company behind former Brighton Festival events Perhaps All the Dragons (2014), Land’s End (2012), and Zvizdal (2016).

This year’s Festival will also see the launch of an extended Children and Young People’s programming strand that will include new partnerships and participatory activities in the run-up to the festival.

These will join returning projects such as the 26 Letters Young People’s Literature events, Adopt an Author and Young City Reads (presented in partnership with Collected Works), the Children’s Parade (produced in partnership with Same Sky), Without Walls, Peacock Poetry Prize, Guest Director’s Guests, and Your Place – free performances and arts activities programmed by and for the communities of Hangleton and East Brighton, delivered in partnership with Brighton People’s Theatre and community steering groups.