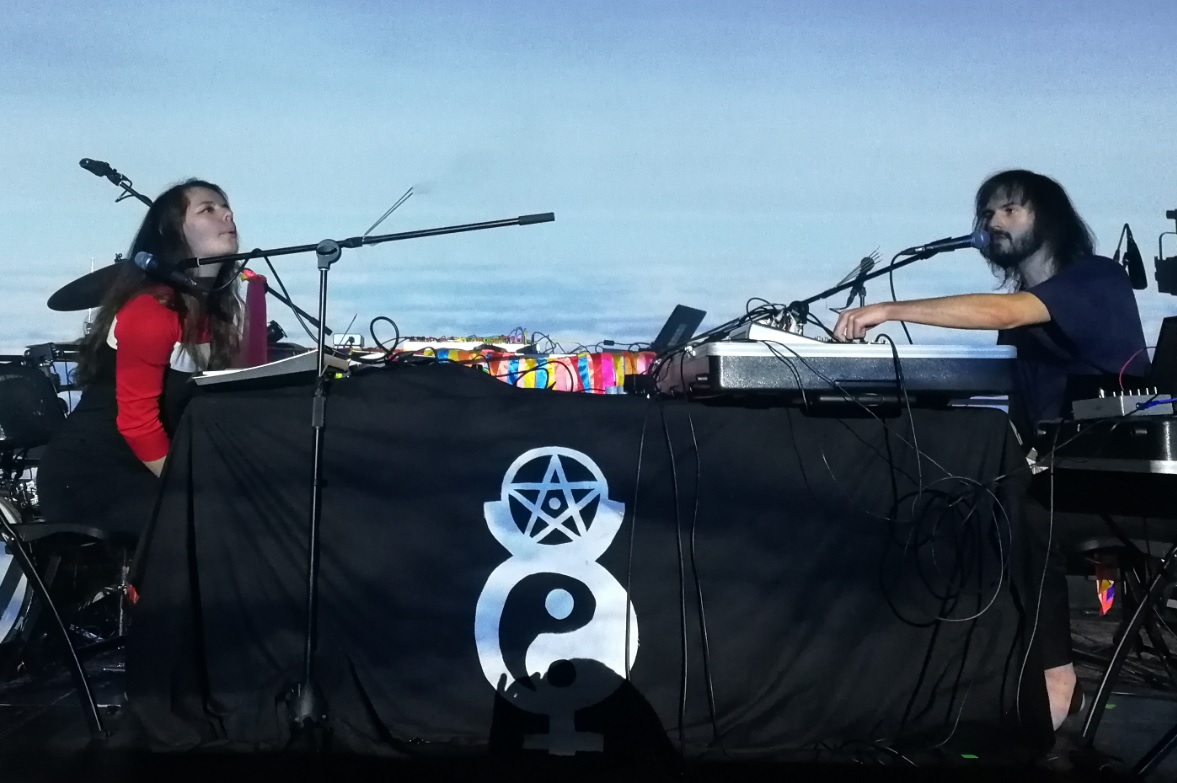 Sometimes in life you have to make choices and pray that they are the correct ones. Some choices can be life changing and some can be literally based on the flick of a coin for something less important. Tonight’s decision falls into the latter category.

Basically, there are four different concerts taking place all around vibrant Brighton, consisting of eleven different music acts that I would particularly like to get to see perform live. Most of their on stage timings therefore clash – what on earth am I to do? Which ones can I squeeze in and which ones will I hope will return to play in the near future? 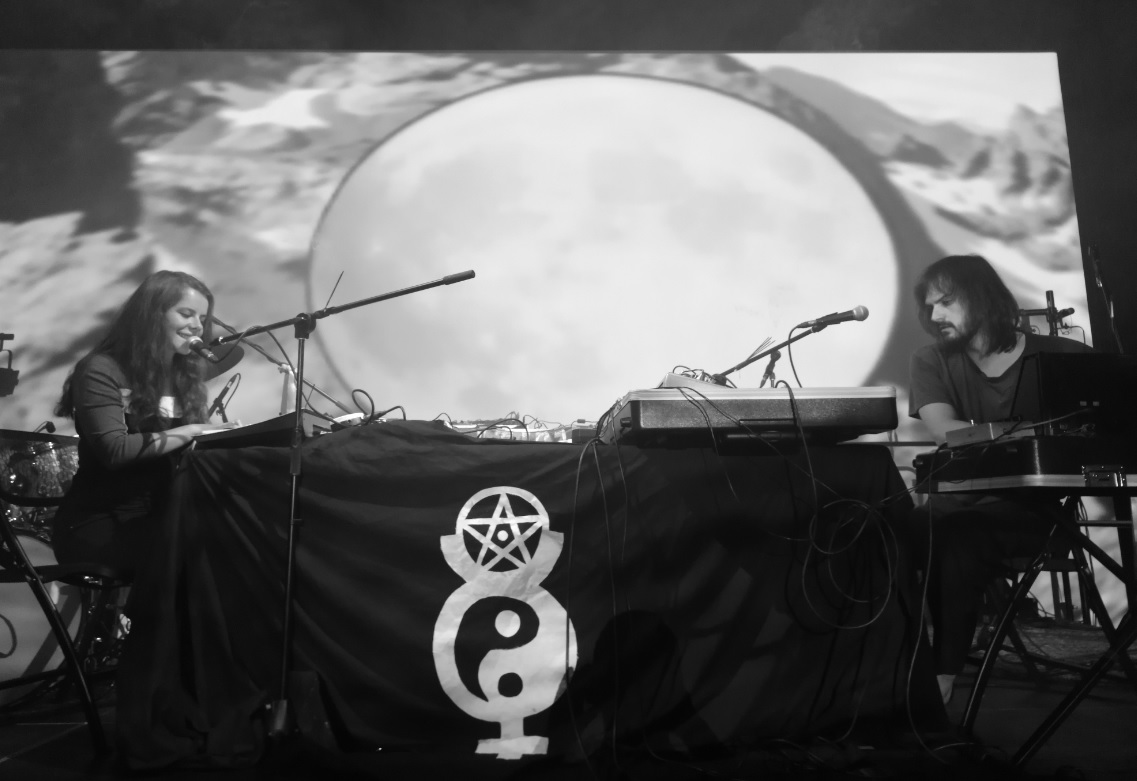 In the end I worked out that it was possible to catch two whole sets and get from A to B in time without too much stress. The lucky two being, Free Love Devotional Ceremony at the Attenborough Centre for the Creative Arts on the Sussex University campus and then swiftly followed by Amber Arcades at the Latest Music Bar, located near the pier. 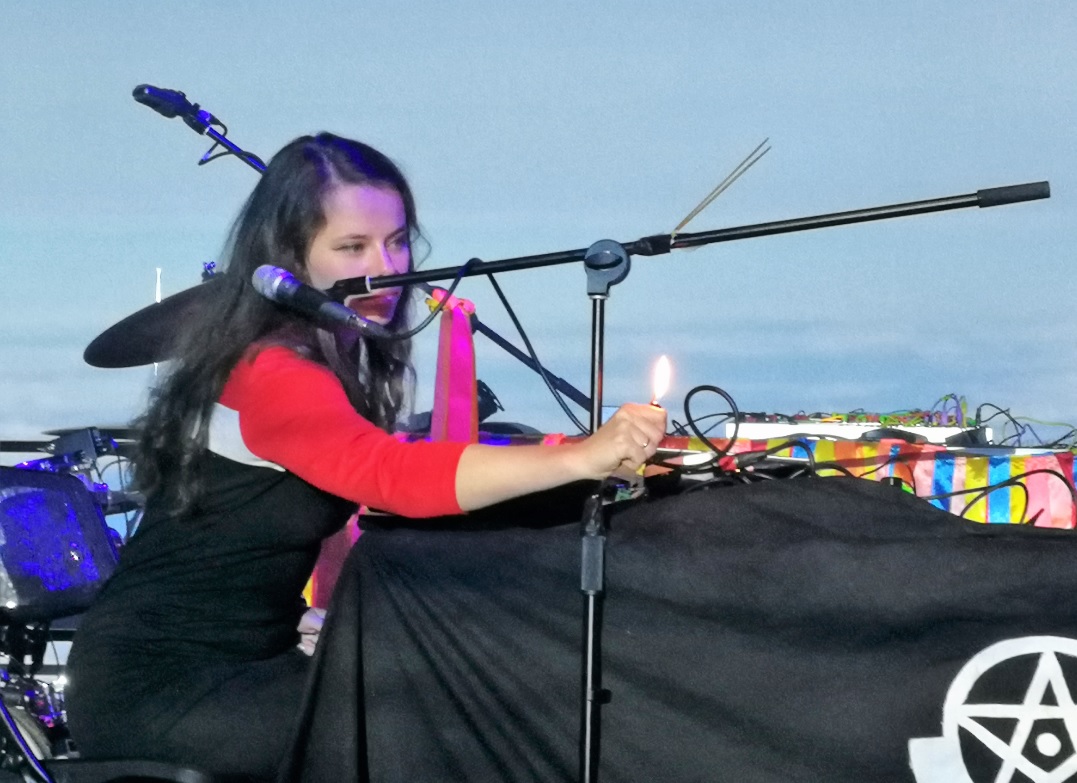 These were two totally different styles of music and thus would provide a pleasant contrast to the evenings events. In this review we are concentrating on the Free Love Devotional Ceremony performance. You can read the Amber Arcades review HERE.

It should in fact be pointed out that Free Love Devotional Ceremony were in fact the support act for electronics guru James Holden and his bold newly-expanded band James Holden & The Animal Spirits. 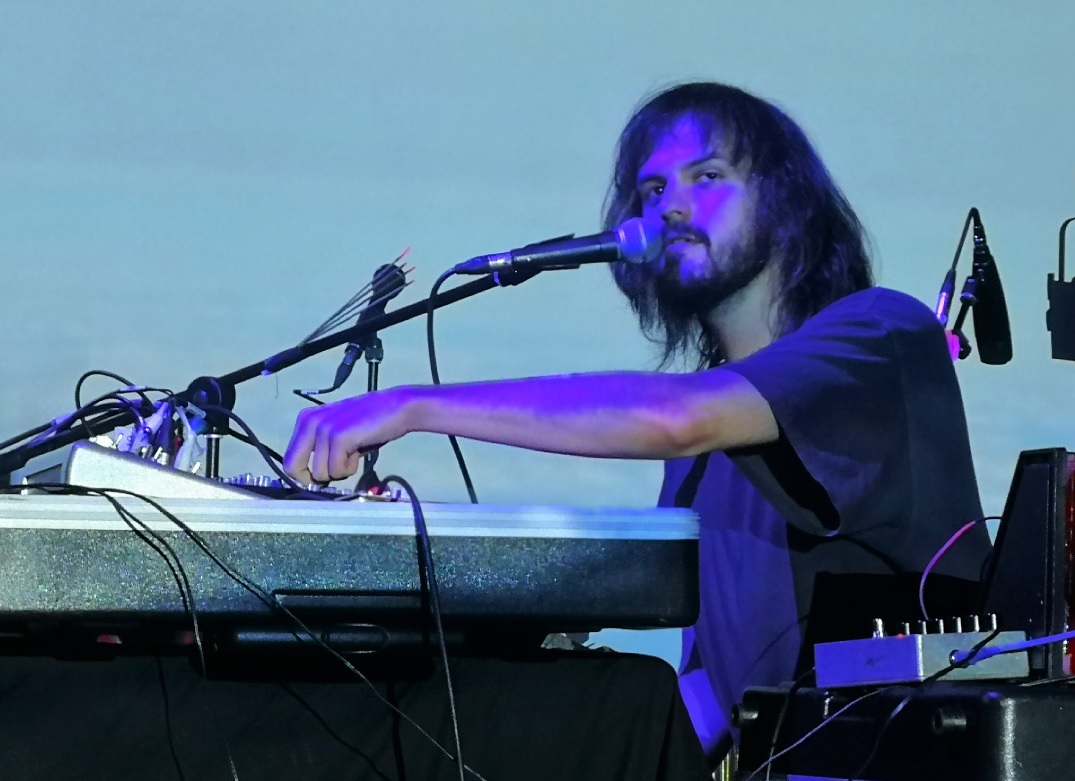 Their utopian dance pop incarnation was last seen in Brighton at the Great Escape in May, when they were initially listed as being called Happy Meals, but in fact changed their name on the actual day of their first Great Escape performance to Free Love. A much more relevant name if you ask me, especially as the band have become notorious for their sensual live ceremonies which are harnessed with charismatic chaos and unpredictable energy, which sets them apart as one of the most exciting artists of 2018. They for me performed the most stunning set of all of the 41 gigs that we reported on in this years Great Escape, and so I really had to delve into their Devotional Ceremony incarnation to see what it is all about. 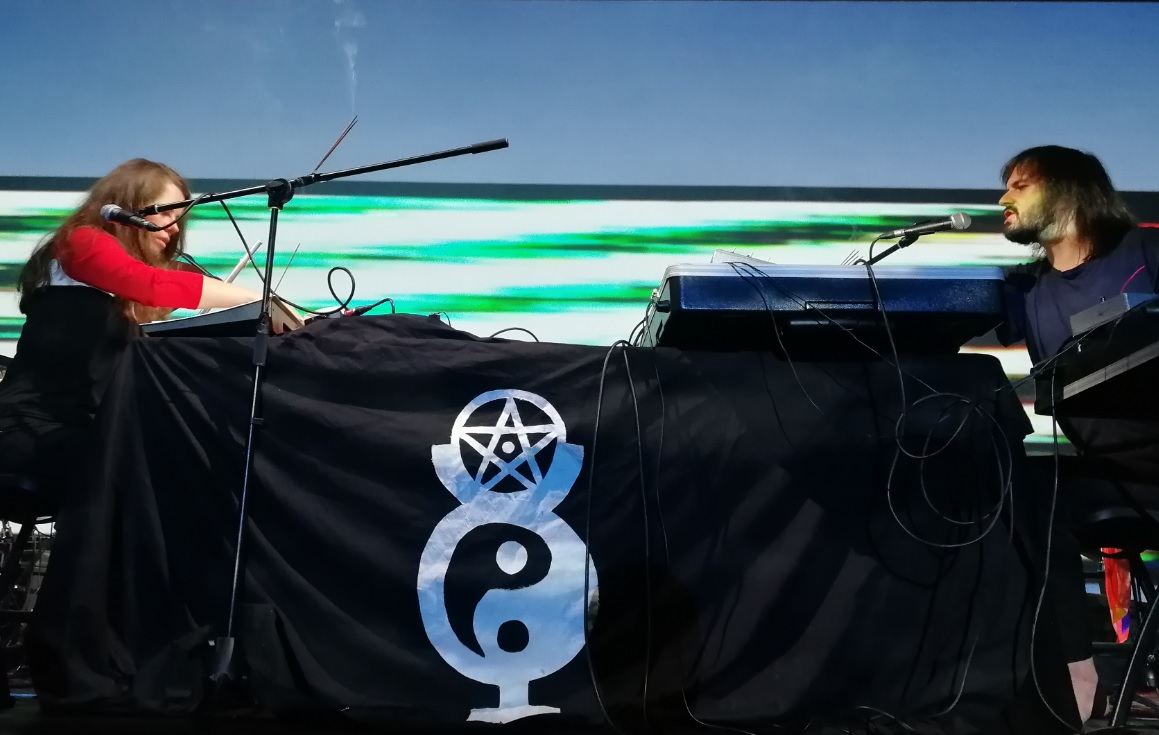 The Attenborough Centre (ACCA) audience were peacefully assembled into the outstanding music hall to witness this intriguing experimental ambient sound and vision set, which was the perfect anecdote for a stressful day of work. 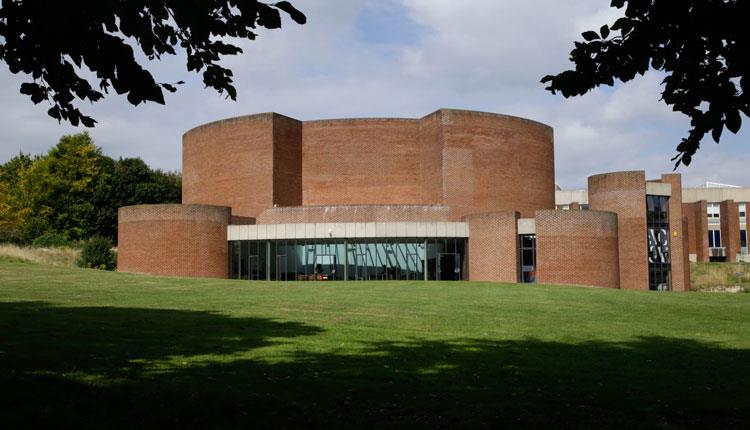 Lewis announced at the start that he wished to dedicate their set to a new-born within the extended family. This was a nice touch which the crowd applauded. Then both Suzanne and Lewis lit the joss sticks in front of them in order to enhance that relaxing/trippy vibe and off-we went.

The best I am able to describe this is to a very early Kraftwerk performance, when they were still hippies. Kraftwerk hippies? Surely not? Yep! FLDS mirrored the keyboard, flute and occasional vocal performance this evening that I have witnessed of Kraftwerk on Youtube from a club in Germany back in the day.

Tonight’s relaxing compositions all flowed from one to another in one continuous harmonious flow, only occasionally punctured by the more familiar dance beats of Free Love. This set was completely different to those two I witnessed at the Great Escape, but I am glad that I witnessed both sides of their repertoire. 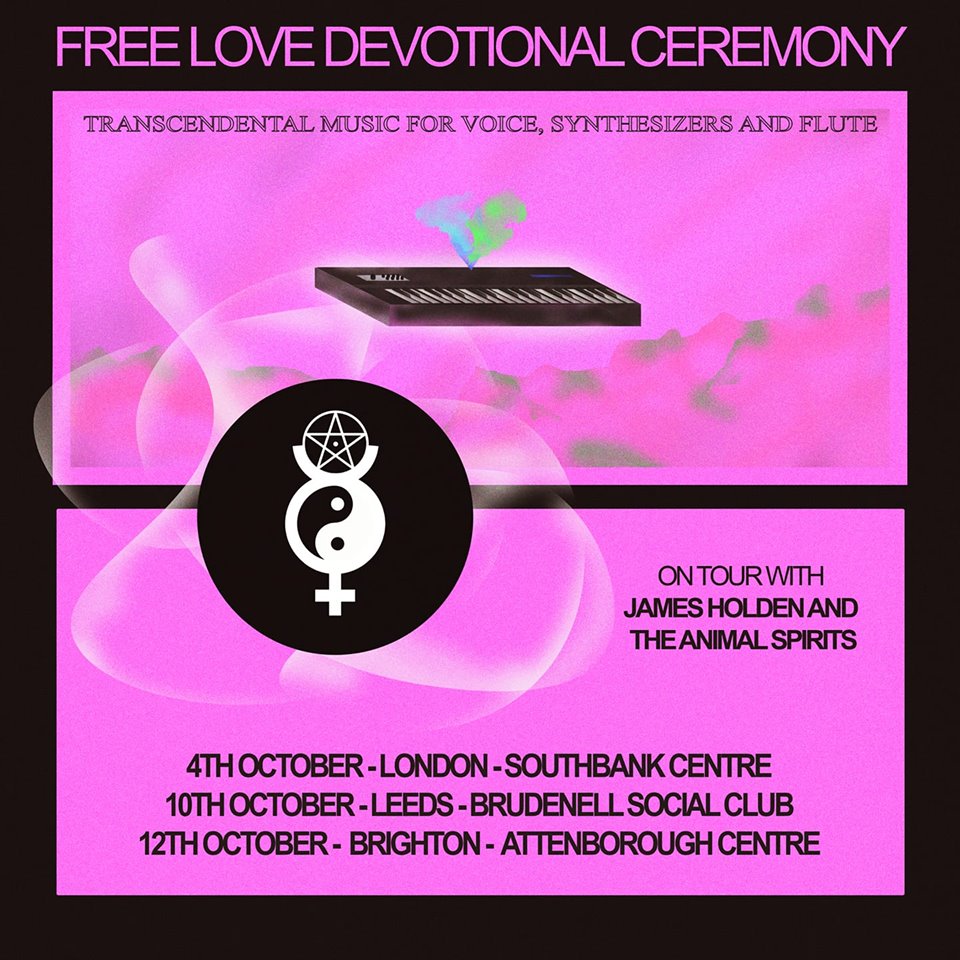